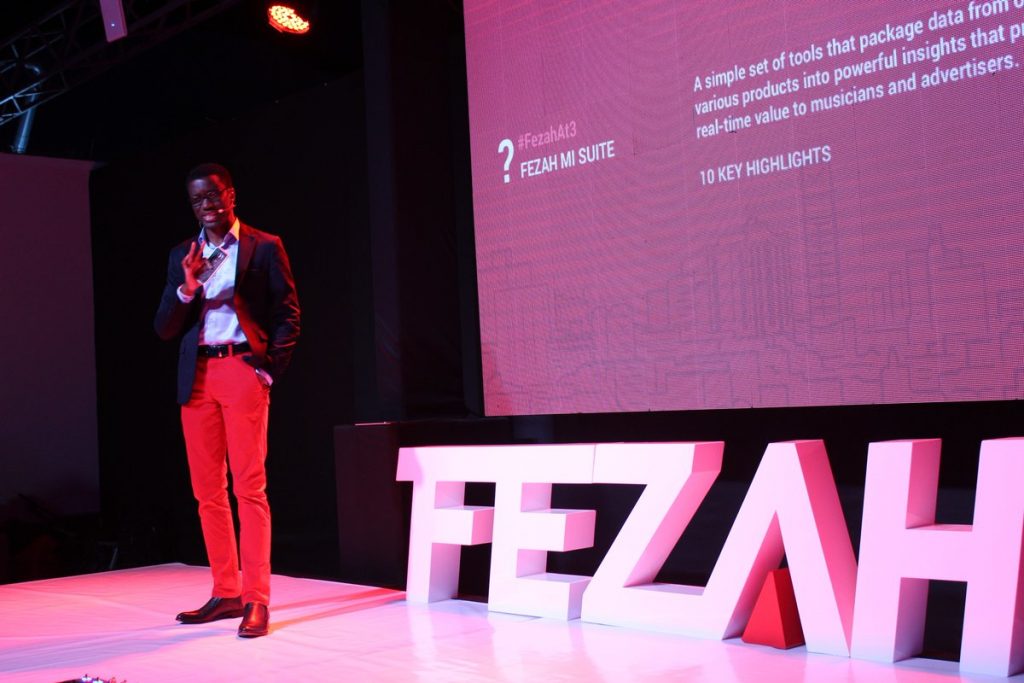 The Ugandan music industry is growing, with an influx in the number of artists and an increase in the music production. What is still stagnant though, is the income and feedback from the various projects that these artists tirelessly work on. This is a result of the constant involvement of middle-men in the promotion and soliciting of this music, which qualifies the facts on ground as completely invisible.

At the Fezah Annual Conference held on June 5th of 2018, Elijah Kitaka the Fezah CEO presented Audiomatch – an advert and song monitor for radio advertisers and artists.

This media monitoring technology has the ability to notify musicians every time their music is played on radio in real-time with detailed reports on airplay. A musician can also compare their airplay to another musician, to see where they are doing better or worse. The app also notifies advertisers every time their ad is played on radio in real-time, with advertisers also getting detailed reports. Brands can also compare their ad trends to competitors, to evaluate share of voice over different stations or time blocks.

Fezah App now automatically determines and recommends the optimal amount you should pay for a given artist to perform at your event, show, festival. This is based on a formula that takes into account the artist, event type, client segment, and season.

The company says they will deliver all these benefits through affordable subscription plans for both musicians and advertisers, starting at as low as $8 per month.

Uganda Performing Rights Society (UPRS) has signed up as the first Fezah AudioMatch client. Starting July 1st, UPRS will use AudioMatch airplay data to accurately determine how much to pay out to its members. Fezah has also partnered with Roke Telecom on the AudioMatch rollout, where Fezah will be able to extend it’s automated monitoring service to stations across all regions using Roke’s countrywide presence.

Fezah App has started scouting for talent in Rwanda as part its plans to cover East Africa. Once launched, Rwandan artists will have access to all stages within the Fezah Booking Network. The app is also now available for pre-order on iOS for iPhone and iPad users. This follows 3 years of being exclusively Android.

The Market Intelligence Suite is the second major product area from Fezah, joining the already established Fezah Talent Booking service. Fezah App has since grown to 300 artists. It is now the official booking app for the Bayimba International Festival, DOADOA East African Performing Arts Market, and The Jazz & Soul Safari. Fezah has executed regional tours for artists, launched radio shows, and built its own stages to provide more opportunities to the growing African talent.

In May 2015 Fezah set out to link African musicians to life changing local and global stages with a simple tool; The Fezah App. That year they received the MTN Most Innovative App award, and launched Fezah in Kenya as well.

One thought on “Fezah launches Audiomatch, an Ad & Song monitor for Radio for Advertisers and Artists”