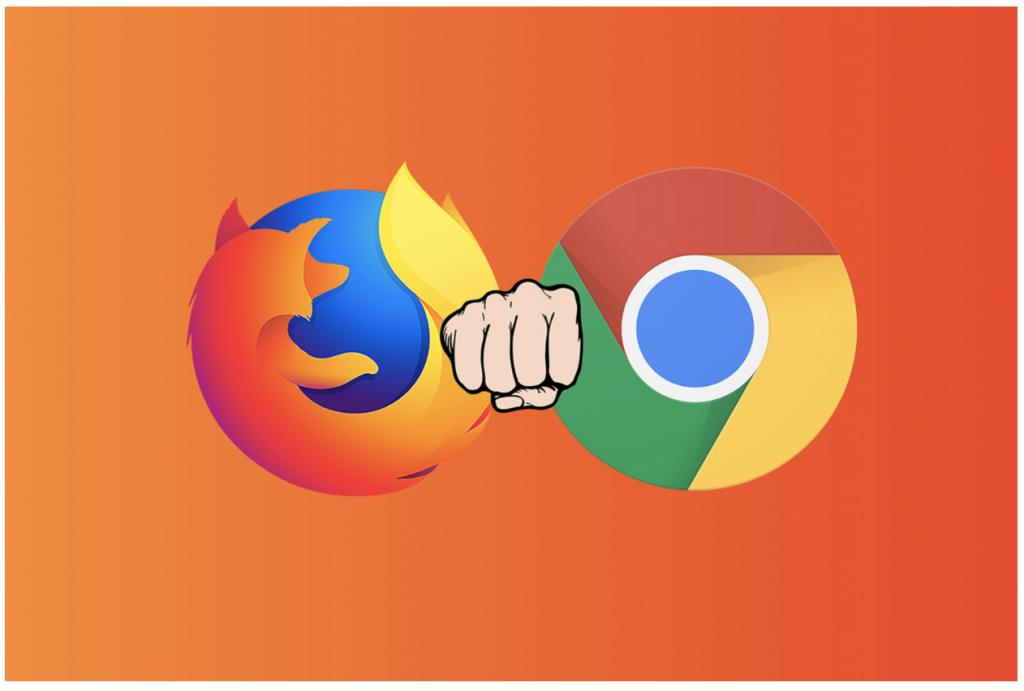 People browse the Internet for many reasons, research, social, business among others. To achieve fast and good results, you need a good web browser to better you experience. Google Chrome and Mozilla Firefox are two prominent web browsers.

However, if you only want to choose one right between the two, here are nine reasons to use Firefox over Chrome.

Firefox has a Better Battery usage

Chrome uses more CPU than Firefox and that’s why it is slightly faster. With greater CPU usage comes faster processing and smoother performance. However, this comes at the expense of the battery battery life. Firefox after all isn’t very slow and therefore is better since it consumes little battery yet still is fast.
If you open the task manager while you’re using Google Chrome with a few tabs, pay attention to the processes. Almost certainly, you’ll have several fields dedicated exclusively to the Google browser. That absolutely kills performance.
Both Firefox and Google Chrome have multiprocessing, but the difference is that while Google Chrome opens one process per tab, Firefox allows three tabs per process. This makes a subtle (but significant) difference.

Storing data on your own server

When you use Google Chrome, your data is stored on third party servers. In Firefox, by default it also happens to have the same option to host our own data server.

Firefox Is suitable for Tab-Heavy Users

When you test Firefox and Chrome in using many Tabs, Firefox is favourite. Check out the RAM usage of the two applications when tested in opening multiple tabs.

Chrome actually uses less RAM than Firefox when you don’t have many tabs open. Firefox scales much better than Chrome once you reach about eight tabs or so. If you’re a heavy user and regularly have 20+ tabs open, Firefox clearly wins.
On another note, when many tabs are loaded, it’s impossible to see each one while using Chrome. Mozilla, however, has a nice horizontal scroll that lets you always see what’s on screen.

In 2014, Mozilla released a call-to-arms for users in an effort to promote online privacy, stating that “fighting for data privacy — making sure people know who has access to their data, where it goes or could go, and that they have a choice in all of it — is part of Mozilla’s DNA.” A look at the Firefox privacy policy shows what kind of data may be collected, and what that data is used for. Google on the other hand is a data collection company. It already knows too much — do you really want Google to know every aspect of your browsing habits?
With the current mass hysteria regarding privacy, especially after Facebook’s scandals, having a browser like Mozilla Firefox is a complete guarantee of privacy. The program is open-source, so it doesn’t have a multinational company behind it trying to monitor our every movement. So, that’s a plus for Firefox.

Related Article: Here’s what your browser knows about you.

Every Chrome browser looks nearly identical, even across operating systems and devices. Other than hiding certain toolbars or removing a few icons next to the address bar, all you can do is play around with the title bar and tabs.
Firefox, on another hand can do more. In addition to moving things around and playing with the general appearance, you can install Complete Themes to completely change the browser’s appearance. You can even emulate the look-and-feel of other browsers with FXChrome, FXOpera, and MX4.

Still on the issue of extensions, Chrome has a vastly larger collection of extensions but Firefox has several unique extensions that aren’t available to Chrome users. And some of these extensions are so good that you won’t want to leave Firefox after having experienced them. For example, Tree Style Tab. This extension turns the tab bar into a sidebar and lets you organize tabs into a tree-based hierarchy that can be shifted around at will.

Firefox Can Do What mostly Chrome Can do.

Anything you can do in Chrome can probably be done in Firefox too. Is it synchronization of tabs, bookmarks, profiles, and more across devices? Need to develop websites with the aid of an element inspector and console? How about sandbox security to prevent malware infections? Or a password manager to make your accounts more secure? Or a task manager to pinpoint performance issues?

With Firefox, all the content on your PC can be seen later on your cell phone or other devices. Also, you can use Google’s extensions to get more out of it.

Ultimately, your choice of browser is up to you. Are You Ready to Make the Switch?