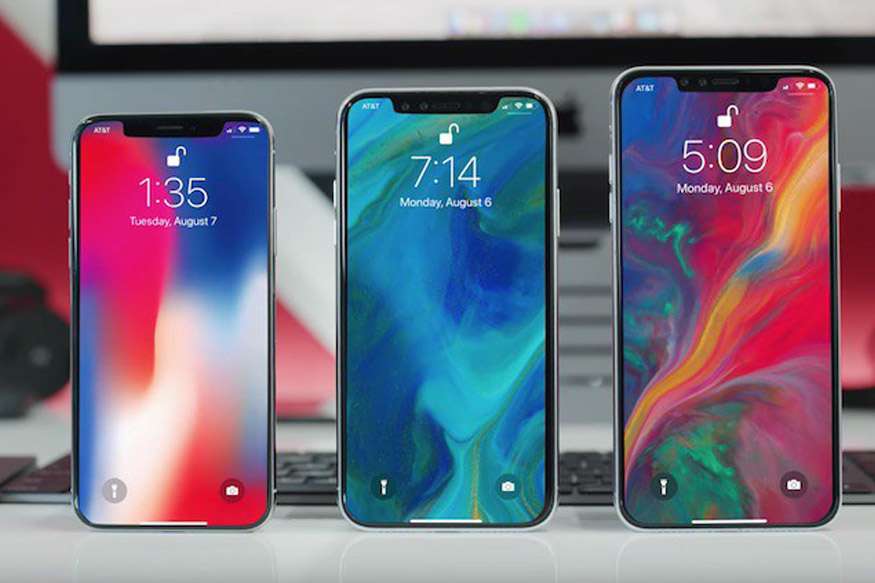 Every year, Apple releases new iPhones as their flagships devices and this year, the long-standing tradition will not be broken as the Tim Cook-led company is set to unveil the 2018 phones it has in store for 2018. And as you know, the new iPhones are almost unveiled in the pioneering “ember” month of the calendar year.

Last year’s flagship devices — iPhone 8, iPhone 8 Plus, and the 10th iPhone anniversary celebratory iPhone X — were all released at the Apple Park, its 175- acre campus based in Cupertino, California. This year’s 2018 iPhones will also be released at the Steve Jobs Theatre in the same Apple Park and, quite interestingly, on the same day/date [September 12] the previous iPhones were unveiled.

The iPhones are not just the regular smart phones; they are very big deal of a smartphone, so is their unveiling. But since fans still got to wait for a couple of days for the arrival of their next [favourite] iPhone, we thought a recap or roundup of what to expect on the upcoming 2018 iPhones would (maybe) help prep ecstatic fans up for the big day ahead.

A Dual SIM iPhone is underway!

Yes, this year, Apple will most likely pull up a stunt we have never seen on any iPhone, ever: dual SIM cards support. While you might choose not to believe this, it really is (has a 99% chance of) happening. In fact, from evidences and exhibits we picked up from leaks and speculations, we epistemically identified four reasons we believe Apple will unveil a dual-SIM iPhone on the centre stage of the Steve Jobs Theatre on September 12. 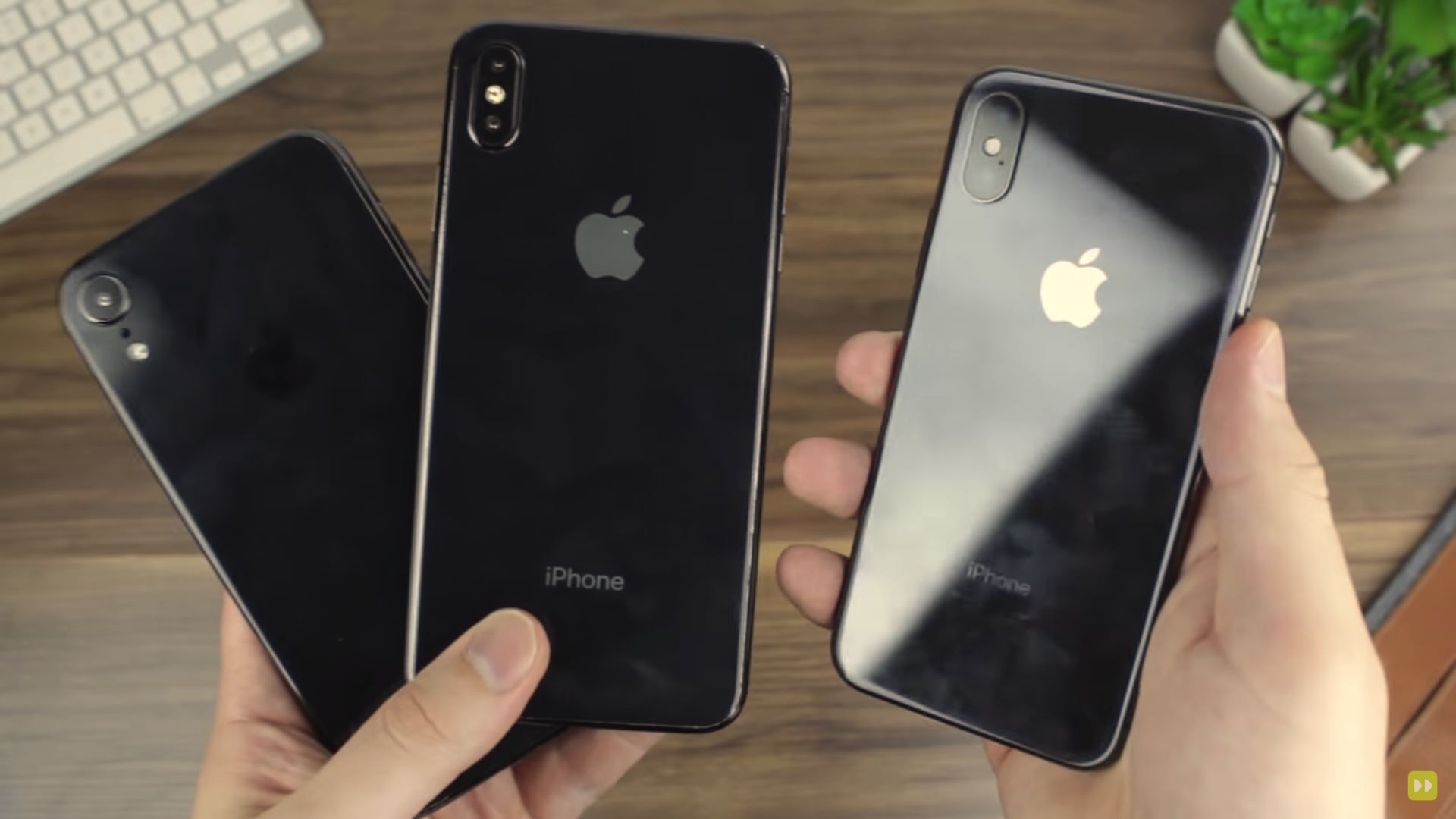 Just like last year’s Apple event that saw the Big-A unveil a total of three iPhone models (iPhone 8, 8 Plus, and the X), the leaks, hints, and rumours that only three iPhones will be released by Apple this year are gaining momentum that they can be safely labelled a surety.

Actually, ceteris paribus — save for last-minute inclusion of a new model(s) — expect to see 3 new iPhones in the coming days.

All the three expected 2018 iPhones will come with a display notch. And should you not have guessed by now, this translates to “no physical home button” and likewise, “no touch ID”. This leaves the famous Face ID and passcode as means of authentication on the upcoming new iPhones.

Lord of the Screens

Come September 12, expect to an ‘iPhone X Plus’ with a colossal 6.5-inch OLED display. This will be the biggest display Apple will ever affix on an iPhone. This might just make an Apple product the best 6.5-inch smartphone in the world, then (maybe) the Oppo Find X.

Know how Apple had previously appended the letter ‘S’ to the iPhone 5 and iPhone 6 to birth more powerful models namely the iPhone 5S and iPhone 6S? Apple will, reportedly, be launching an iPhone X sequel and it is believed that there will be no other codename for the device than the ‘iPhone Xs’. Sources have it that Apple adopted this Post-nominal nomenclature on two of the 2018 iPhones because it was struggling to come up with a new name. It is somewhat an agreeably awkward name to pronounce but that is what many industry expert and analysts have confirmed.

Two models of the iPhone Xs will be launched and according to MacRumours, “the rumored 5.8 and 6.5-inch OLED iPhone Xs models are expected to continue to offer dual-lens rear cameras and 4GB RAM.” 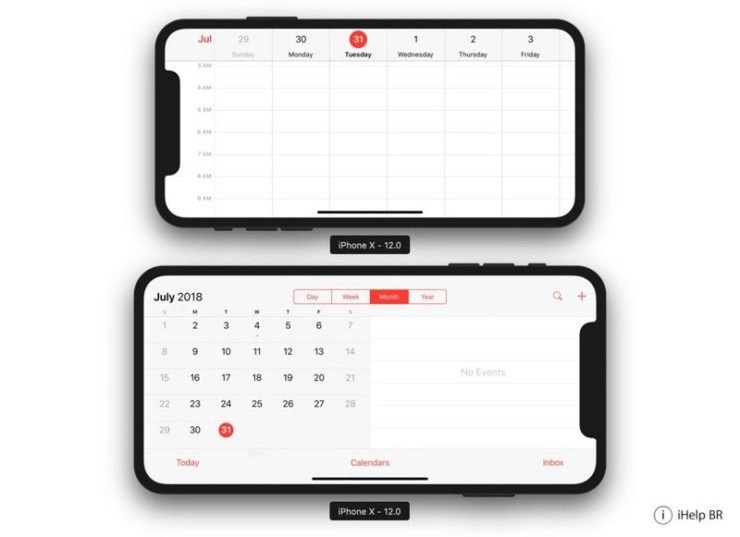 The 2018 iPhones will be launched alongside the iOS 12, and will also ship with the OS out-of-the-box. One of the many interesting features the iOS 12 will bring aboard the new iPhones is split-screen support.

The 2018 iPhones will come out of the box with a 18W charging adapter which will charge the iPhones at a pretty fast speed. This will eliminate the extra costs of purchasing fast charging accessories like users had to do with previous iPhones.

Power in the Processor

The new iPhones will use an A12 chipset which TomsGuide reports to be just a little faster than the iPhone X, but will bigly outperform the Snapdragon 845 SoC used on many 2017 Android-powered flagship smartphones.

Other features you should expect to see on the upcoming iPhones include support for AR & VR, improved battery life, and faster LTE connectivity. Regards pricing, while no solid information is available at the moment, it would make sense to expect the iPhone models with OLED displays to be pricier than their LCD counterparts.

To ask: which of the above features of the 2018 iPhones are you most excited about?