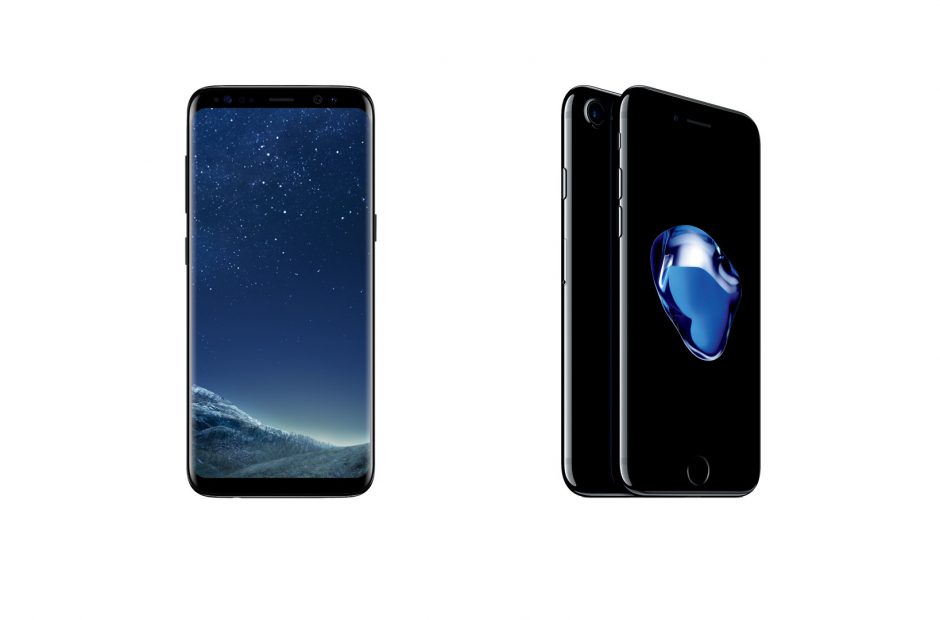 Android and iOS are the most prominent operating systems in the world of phones. Any lame man out there can attest to this. There’s barely any new phone out there that isn’t running on Android or iOS. Some of their age-old competitors such as Windows OS, Blackberry OS and Java all seem extinct at the moment. Don’t worry we won’t dig much into that.

And the thing is, when the two OS (Android and iOS) are placed side-by-side, users do debate about which is better in this and that. But there’s something that gets me; we get to see Android phones being cheaper than iPhones. And I’m sure you’ve thought about this a couple of times too. Even more, its less pricey characteristics have contributed to its 85% share in the smartphone market, leaving the remaining 15% to iOS.

So, at this juncture, we’ll be taking a look at factors that made this so. Read on.

As there are numerous manufacturers in the production of Android OS, the need to produce cheaper phones increases every day. Samsung, for instance, is almost getting ousted in the Chinese market, thanks to bad boys like Xiaomi, Oppo, Vivo and Huawei. Most recently, the Korean OEM outsourced its phone production resulting in its first ODM phone. The motive was to create cheaper phones to gain more foothold in the Chinese region.

On the other hand, Apple has a monopoly in the production of iPhones. Asides the Cupertino-based OEM, no manufacturer produces iPhones running on iOS. This gives them the entire freedom to inflate prices of these devices at will.

Android is an open source programme that allows development from numerous developers. Google enables developers to develop the significant aspects of the software for free openly. The scope behind the Android open source ecosystem is in this cycle: More developers & content → More Users → More Devices. So, all the manufacturers have to do is customise the OS according to their hardware.

However, iPhone develops iOS on its own. In this light, the company has its R&DE (Research & Development Engineers) department that takes care of building more frameworks and updates into the OS. To maintain this team, Apple continually invests vast sums of cash. Compared to Android manufacturers, Apple spends more on the development of its software platform. That’s another reason Android phones usually arrive at dirt low prices.

Earlier, I stated that Apple spends a lot on software development, but it extends beyond that. Hardware, material composition, testing and user experience features are adequately focused on. They churn out much dollar bills to ensure their devices remain premium.

Not so many Android OEMs invest a lot in these segments. To make their devices more affordable, they cut costs in these areas. Manufacturers like Huawei and Samsung spend much in these areas for their flagship smartphones. That’s why those flagship devices are highly placed regarding pricing.

On iPhones, there’s an in-store customer service support for life. Customer satisfaction is something they take very seriously. As a result, Apple is ranked as one of the best phone manufacturers regarding after-sales customer support. Not many Android devices have customer support once they’ve been bought. Here’s one area where Android OEMs cut costs.

For one, the openness and flexibility of Android OS expose them to possible security issues. Moreover, some Android OEMs choose not to push out security updates to their smartphones. The underlying reason for this is the approval OEMs must get from mobile network operators. Before OEMs can release updates, telecom operators need to test the updates before they get out. And these manufacturers don’t want to spend the charges attached, hence their objection to the software updates

This security feature happens to be one of the iPhones’ USPs. Their smartphones have shown to be more secure than Android smartphones. Apple employs different security techniques such as Low-Level Bootloader(LLB), iOS kernel, and iBoot to the safeguard their smartphones.

Additionally, not all Android producers take the biometrics security very seriously. As for Apple, security-focused technologies are features they don’t joke with. Recently released iPhones have Iris Scan, Face ID and Touch ID technologies. These security details do affect the priceyness of these smartphones.

One thought on “Why are most Android phones cheaper than iPhones”