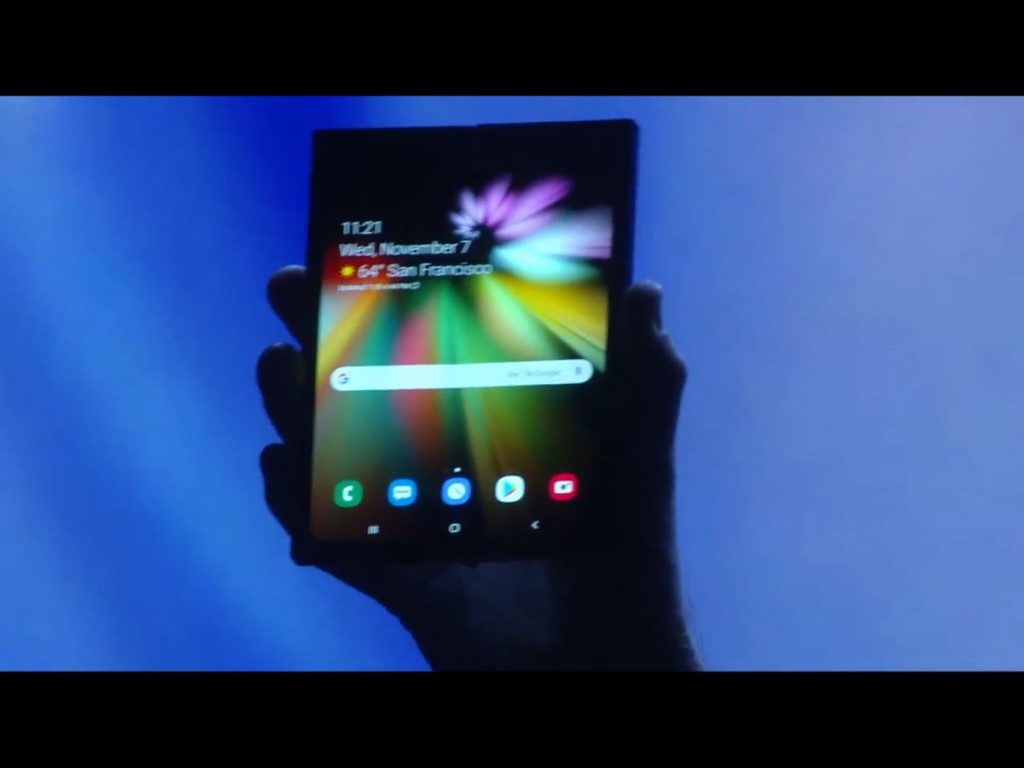 While Samsung missed the opportunity to be the first brand to unveil a smartphone with foldable display despite being long-awaited and heavily linked to countless rumors and leaks, the South Korean giant seems to be putting finishing touches to the product and official launch should be expected soon.

At the company’s annual Developer Conference which held in Wednesday in San Francisco, California, Justin Denison, Samsung Electronics America Senior Vice President took to the center stage to make a quite surprising revelation amongst other announcements made at the event.

Denison first shared a short video teaser of Samsung’s upcoming foldable smartphone Infinity Flex Display Technology, talked (also briefly) about the display technology as well as how it folds and unfolds without affecting the display. He then proceeded to pull out a prototype of the device from his pocket. 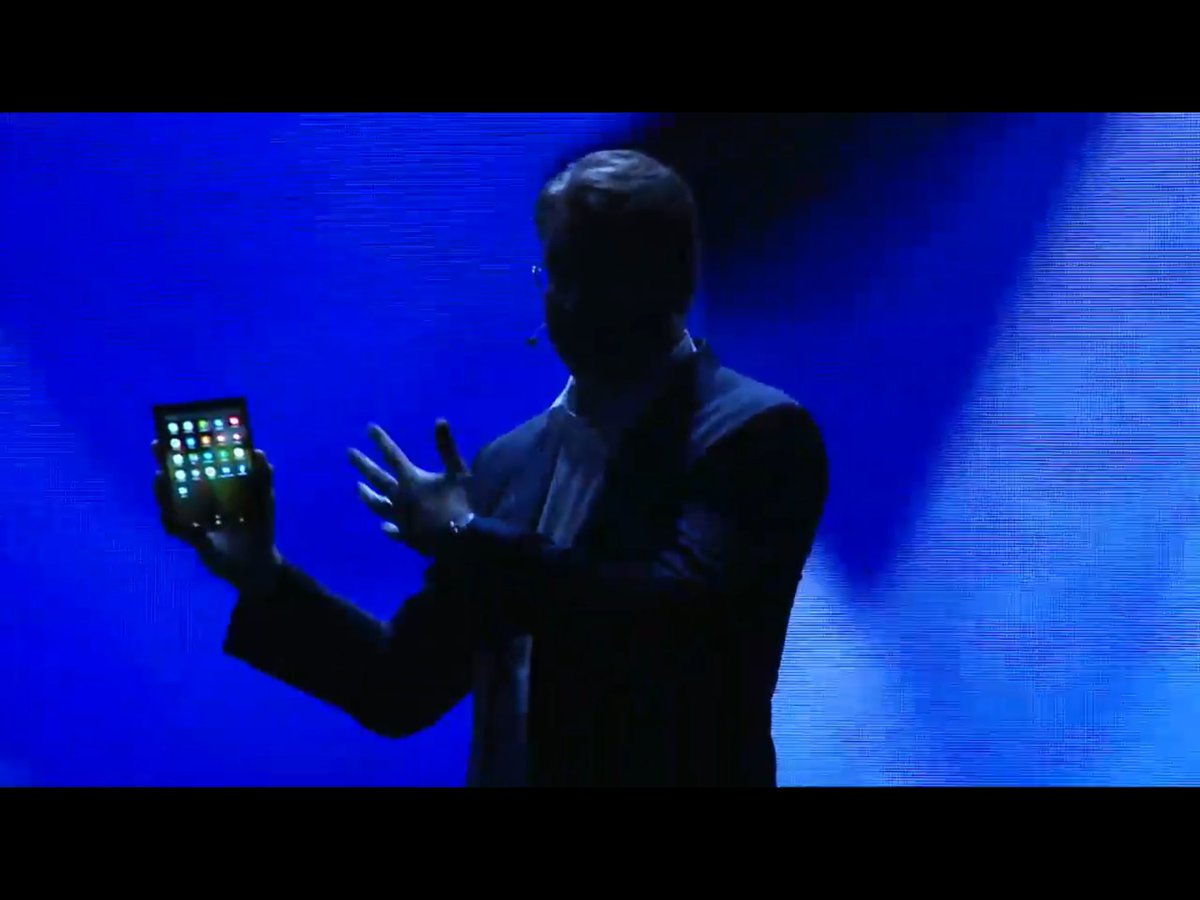 For some reasons, the device was shielded in a thick, transparent enclosure that prevented coders, fans, and pressmen at the event from catching a glimpse of the foldable phone’s true design. The prototype was showcased to the public and was unfolded into a tablet that sported a 7.3-inch display. There was no information revealed about the display type or its quality. While the display of the device is quite smaller when compared to the Royole FlexPai which unfolds into a 7.8-inch tablet, the quality is expected to be way better. 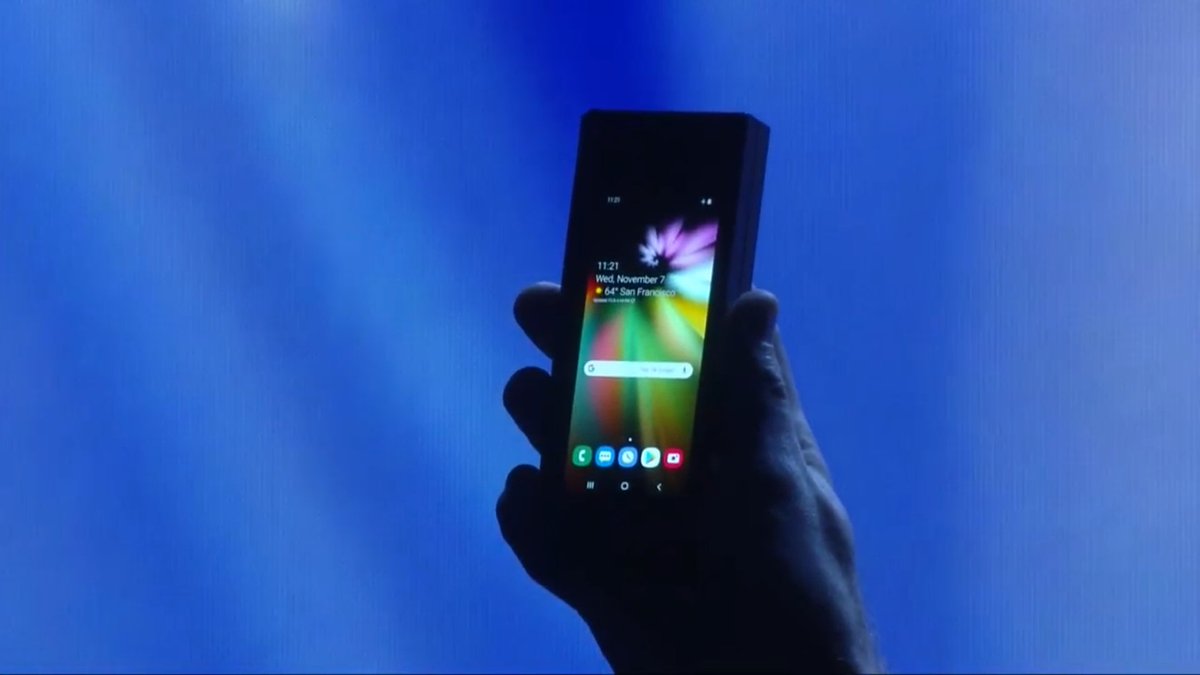 When folded, the phone closes into a phone with two displays. The front-facing/primary display has a smaller screen compared to the rear/secondary display. According to Fortune,

If a person opens a certain app using the smaller screen on the front of the smartphone, that same app should appear on the larger screen when the person unfolds the phone.

Although Denison mentioned that the foldable phone would be thinner than any other, the sizes of the displays, as well as its dimension, weren’t stated. We can, however, trust Samsung’s words for it given the company’s amazing reputation with hardware, plus the fact that no one would want a foldable phone with an unbelievable amount of bulk. 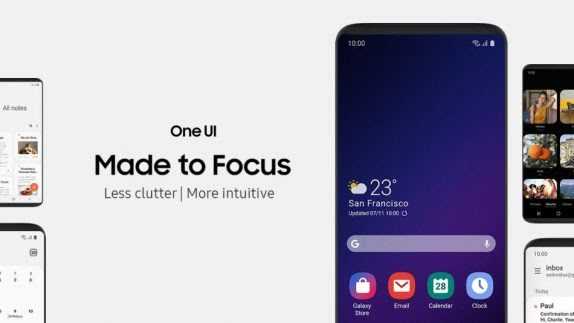 On the software side, Samsung is also perfecting the foldable phone as it announced a new “One UI” interface with minimalistic design perfected for one-hand usage — the most used apps are placed at the bottom half of your smartphone’s display. The new UI was also designed to improve multitasking on Samsung phones, especially on its foldable phone — users will be able to run three apps at a go on the display.

In addition to the revamped UI, Google also announced its partnership with Samsung to ensure that apps run smoothly on the device.

We just announced support for foldables at #AndroidDevSummit, a new form factor coming next year from Android partners.

About the re-engineered One UI, Samsung announced that it will be offering the interface to users in a Beta testing program before it announces the final version.

As stated by Samsung at the event, “mass production” will commence in the coming months. It, however, isn’t clear if Samsung was referring to the Infinity Flex Display or the actual foldable phone.