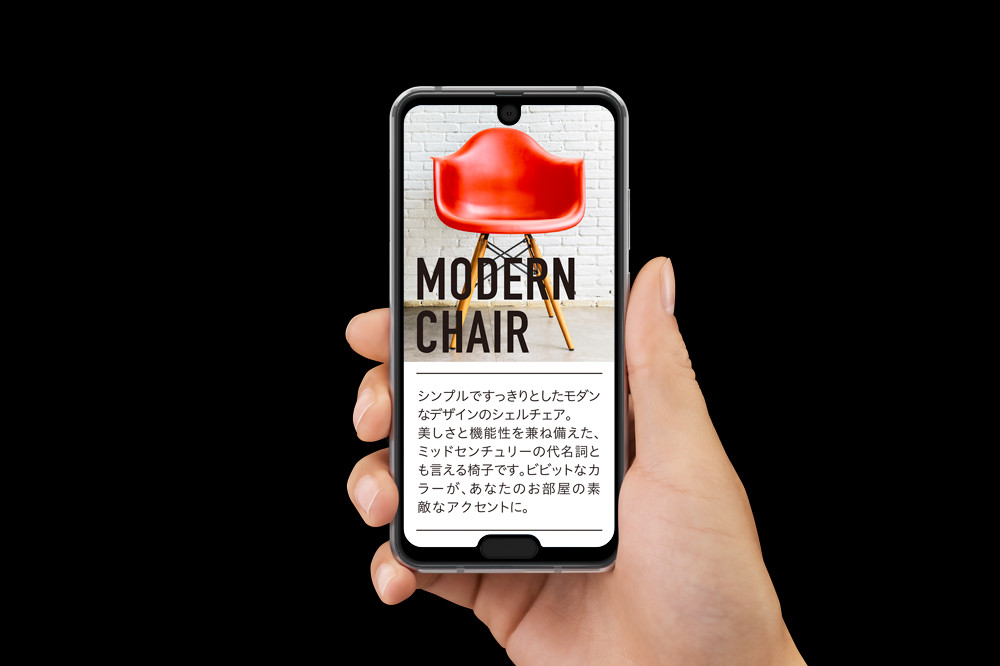 Display cutout/notch is one of the newest trends to rock the smartphone world. And while some OEMs are still preparing to adopt the notch design on their devices, Sharp has literally taken things a notch higher by using two notches on its latest smartphone, the Aquos R2 Compact.

The Sharp Aquos R2 Compact comes as a successor to the Aquous R Compact that was released last year. The Aquos R Compact debuted with a tiny notch that housed the front-facing camera but had an unreasonably huge chunk of bezel at the bottom of the display. To create the Aquous R2 Compact, Sharp modified the bottom bezel and added an extra notch around fingerprint sensor. 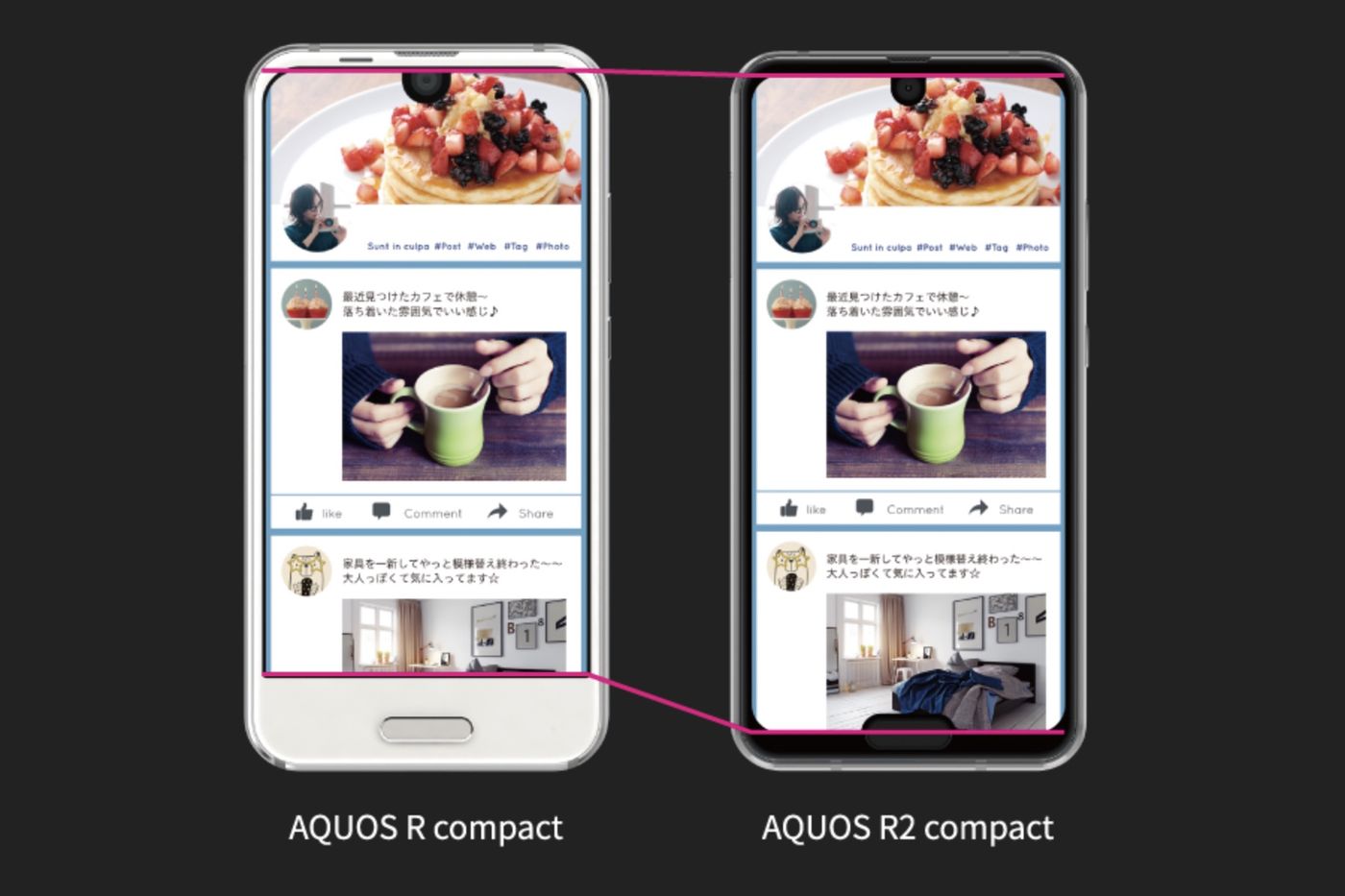 This positions the Aquos R2 Compact as the world’s first smartphone with a dual notch. The device is small and embodied in a rather thick aluminum frame with glass covering on the front and plastic on the back. The Sharp Aquos R2 Compact measures 131 x 64 x 9.3 mm in dimension and is lightweight (135 grams).

On the front, the dual-notched 5.2-inch IPS multi-touch LCD panel has Full HD+ resolution (1080 x 2280 pixels), a display density of 485 ppi density, and is covered in Corning’s Gorilla Glass 3. The device is in 19:9 aspect ratio and is IP68 certified, making it resistant in water of depth 1.5 meters for up to 30 minutes. 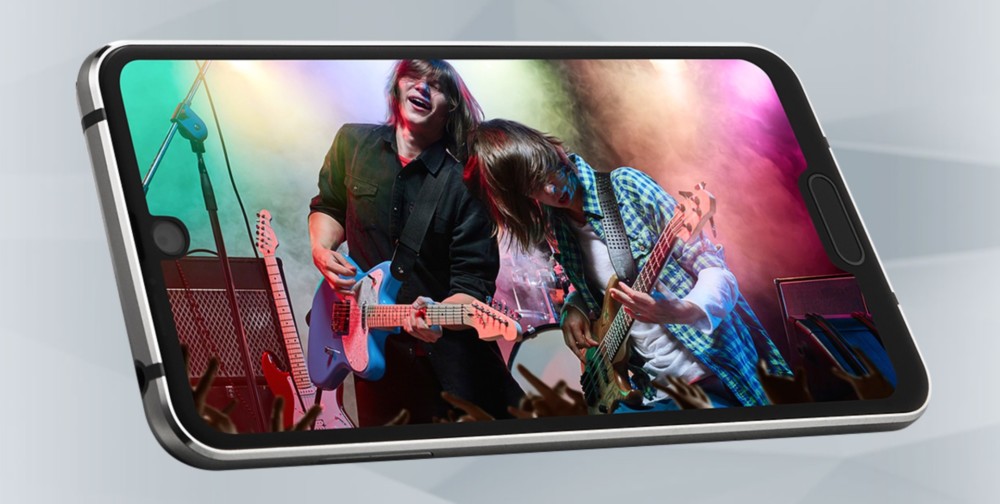 The device’s 8-megapixel front-facing camera is neatly embedded in the U-shaped cut-out above the display while the fingerprint reader makes up the rectangular cut-out below the display.

Similarly, on the inside, the Sharp Aquos R2 Compact is a beast. It is powered by the latest version of Qualcomm’s Snapdragon 845 system-on-chip alongside 4GB of RAM and an Adreno 630 GPU. The CPU has 8 core: 4 Kyro 385 Gold core that run at a clock speed of 2.6GHz and 4 1.7GHz Kyro 385 Silver cores.

About storage, users will get 64GB built-in and a micro SD card slot for expansion up to 512GB. The Sharp Aquos R2 Compact will also be joining the few devices (like the Huawei Mate 20 Pro) that will run the new Android 9 Pie out-of-the-box.

On the rear, the primary 22.6MP camera and LED flash are located. Underneath, there’s a 2,500mAh non-removable battery. Charging the battery is done via the USB-C port at the bottom of the device. Other features of the Sharp Aquos R2 Compact include a 3.5mm headphone jack, Bluetooth 5.0, Dolby Vision & Dolby Atmos audio, NFC etc.

The dual-notch design of the Aquos R2 is innovative and a first, but before you get ahead of yourself thinking, maybe, Sharp’s (or any OEM’s) next device will outdo this design by having 3 notches, we break it to you that Google has put an end to the possibility.

In a post on its Developers Blog, Google placed restrictions on the maximum number of notches a (Android) device could have:

• You won’t see a cutout on the left or right long edge of the device.

Sharp has launched the Aquos R2 Compact in Japan and it will sell for about $370. There’s no official word on availability in other regions but that should happen later this month or next month.