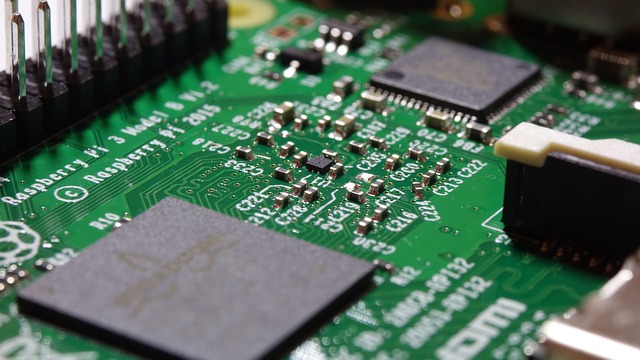 Raspberry Pi is common among developers working in fields like robotics and gaming, among others. The current Raspberry Pi generation is 3 whose updated version was released in March 2018.

The release date for Raspberry Pi 4 is still not yet known but it is expected this year, 2019.

What is Raspberry Pi?

This is a low cost, credit-card sized computer that plugs into a computer monitor or TV, and uses a standard keyboard and mouse.

It enables people of all ages to explore computing, and to learn how to program in languages like Scratch and Python. It can do everything you’d expect from a desktop computer, from browsing the internet and playing high-definition video, to making spreadsheets, word-processing, and playing games.

This device also has the ability to interact with the outside world, and has been used in a wide array of digital maker projects, from music machines and parent detectors to weather stations and tweeting birdhouses with infra-red cameras.

It was developed by ex-Cambridge University staff, led by Eben Upton who wanted to create a computer for children to experiment with coding.

Several generations of Raspberry Pis have been released. All models feature a Broadcomsystem on a chip (SoC) with an integrated ARM-compatible central processing unit(CPU) and on-chip graphics processing unit(GPU).

Raspberry Pi 3 Model B was released in February 2016 with a 1.2 GHz 64-bit quad core processor, on-board WiFi, Bluetooth and USB boot capabilities. On Pi Day 2018 the Model 3B+ was launched with a faster 1.4 GHz processor and a three times faster gigabit Ethernet (throughput limited to ca. 300 Mbit/s by the internal USB 2.0 connection) or 2.4 / 5 GHz dual-band Wi-Fi (100 Mbit / s). Other options are: Power over Ethernet (PoE), USB boot and network boot (an SD card is no longer required).

So far, each edition has, naturally, enjoyed a hardware upgrade. The Model B and Model B+ flavours of the Raspberry Pi 1 have 512MB of RAM with a 700 MHz ARMv6 singled core processor, while the Raspberry Pi 2b featured 1GB of SDRAM, an ARMv7 quad-core processor with a speed of 900 MHz and four USB 2.0 ports.
It is therefore reasonable to expect some significant hardware upgrades.

Due to the hardware upgrades, we can expect more memory, for example. The Pi 3 has 1GB of RAM, so the Pi 4 might contain anything between 2 – 4GB of RAM, plus a speedier processor.

With the increase in prominence of the USB Type C, we expect the Pi 4 to come with USB Type C ports, to boost transfer speeds and do more with less.

The partnership between Google and Raspberry can also be a clue that the Pi 4 could be fitted with powerful artificial intelligence features such as facial recognition and natural language processing.

The Raspberry Pi 3 B+ already includes excellent Bluetooth and Wi-Fi support, so we’re unlikely to see any substantial networking upgrades.

We can also expect the form factor to stay the same, given the team’s focus on inseparability between Pi generations.

These are expectations based on what is taking place in the technological scene recently. The release date is also yet to be known but we shall keep you posted.