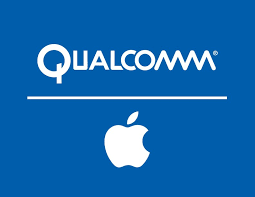 At the end of a trial that went on for two weeks, Qualcomm has been declared the winner from the decision of a jury in the U.S. District Court, San Diego, California. The Jury decided that Apple infringed on three of Qualcomm’s patent. The just concluded suit was filed by Qualcomm against Apple for using its technology without their consent and to pay damages to that effect. Two out of the three patent infringements covers iPhone 7, iPhone 7 Plus, iPhone 8, iPhone 8 Plus and iPhone X. It involves technology that allows smartphones to connect to a wireless network faster once the smartphone comes on as well as another that as to do with battery life and sorting out graphics. The third is on the iPhone 8, iPhone 8 Plus and iPhone X covering the patent of a tech that juggles traffic between the modem and processor of a smartphone.

Qualcomm requested a charge of $1.41 on each iPhone that infringes on its technology and that was the amount approved to be paid after the court ruled in their favour. This case was preceded over by Judge Dana Sabraw and is part of an ongoing legal tussle between both parties. Apple’s counsel, Juanita Brooks, argued that the real motivation behind the lawsuit is retaliation for Apple ending the exclusive relationship since 2011 with Qualcomm by bringing Intel on board in 2016 as another chip supplier. However, after the ruling was declared in Qualcomm’s advantage, Don Rosenberg, Qualcomm’s executive vice president, and general counsel on this case made this statement;

“Today’s unanimous jury verdict is the latest victory in our worldwide patent litigation directed at holding Apple accountable for using our valuable technologies without paying for them,” Rosenberg said in a statement. “The technologies invented by Qualcomm and others are what made it possible for Apple to enter the market and become so successful so quickly.”

What matters most here is not even the money considering the fact that both companies spent millions in legal fees but the victory which asserts that Qualcomm intellectual property is invaluable. In addition, it builds a reputation for Qualcomm as a credible innovator as far as mobile technology is concerned. This verdict, however, is a good foot forward in an even bigger case coming next month between the two companies involving royalty payment over Qualcomm’s patent running into billions of dollars.

Also See: Qualcomm vs Apple: What’s that all about?

How it all started…

The bad blood stems from allegations leveled up against Qualcomm in 2017 by the Federal Trade Commission (FTC) aided by Apple, accusing the company of monopolistic practices that prevented other competition from thriving. That case was concluded in January and the Judge’s verdict is yet to be known. Also, it was Apple declared that Qualcomm’s royalty rate is an inhibition to healthy competition and sometimes covers patents that it has nothing to do with.

Going forward, this is might affect how your iPhone is made as well as its pricing. While the next stage of the legal battle is much important, this is a win nonetheless. The next legal battle is worth much more and is one of the key source of revenue for Qualcomm marking a pivotal impact in future dealings.