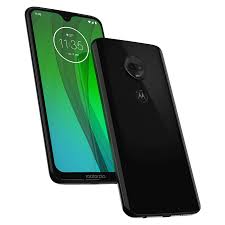 Right from time, Motorola’s G-series has always been one of the places to look at if you don’t have the cash to splash out on high-end smartphones and want something that offers a decent spec sheet. Its predecessor – the Moto G6, offered decent performance for the price and the Moto G7 follows suit, albeit, with more features and even better design. Although now bigger sized, the smartphone now has an increased display size, battery life and features have gotten a significant boost. However, the smartphone still takes a cue from the generation before it by following a similar design blueprint.

Read More: Motorola is soon set to launch a remake of the legendary Moto RAZR

There are some new additions introduced on the Moto G7 that was not present in the smartphones before it and that includes the dewdrop notch. Even if it is not meant to offer the top features of a high-end smartphone, it will offer a compromise that will give an average user enough to work with.

Opting for a more attractive look, the smartphone has Corning Gorilla Glass 3 on both sides which improves the aesthetics but also makes it susceptible to smudge easily. However, there is a plastic frame at the side which in a way reveals that it is a budget smartphone. Still stuck on the big circular camera area thing, the Moto G7 also retains the fingerprint scanner with the Motorola logo on it. You can get the smartphone with a Ceramic Black or Clear White finish depending on your preference. The smartphone is splash resistant which means water splash won’t be a problem but submerging the phone in water definitely will.

As we all know, users prefer a smartphone with ger screens. So it is not a surprise that the Moto G7 makes a jump from 5.7-inch on its predecessor to 6.2-inch and with a dewdrop notch topping to make room for more space. That worked pretty well, giving the smartphone more visual space for watching movies, playing games and other things. This display has a 1080 x 2270 pixel resolution that makes it look sharp and at its price

The smartphone you have here comes with a better engine so to say as it features a Qualcomm Snapdragon 632 processor which offers more power and translates to a smoother performance than the G6. Moreso, the new chip is power efficient and handles activities like gaming with fewer lags. Even though the smartphone has the same battery as the Moto G6, the Moto G7 lasts longer courtesy of the better chip, recent Android 9 on board and other improvements.

Find out: Here’s a list Foldable phones in 2019 and beyond

Furthermore, there is 4GB RAM same as some models of the ones before it as well as a similar 64GB storage space inside. Also, it carries a dual camera at the back with 4K video shooting capability, slow-mo, portrait mode and a host of other features. Handing those picture is the duo of a 12MP primary camera and a 5MP sensor that gathers depth information. In light of that, you will be dealing with an 8MP camera at the front for your selfies with portrait mode included too, alongside other nice features.

For a smartphone that costs about $300, the Moto G7 has a fair amount of features that will be good for the budget smartphone seekers although certainly not the best at the price with other smartphones from Xiaomi or Nokia offering a bit more at the price