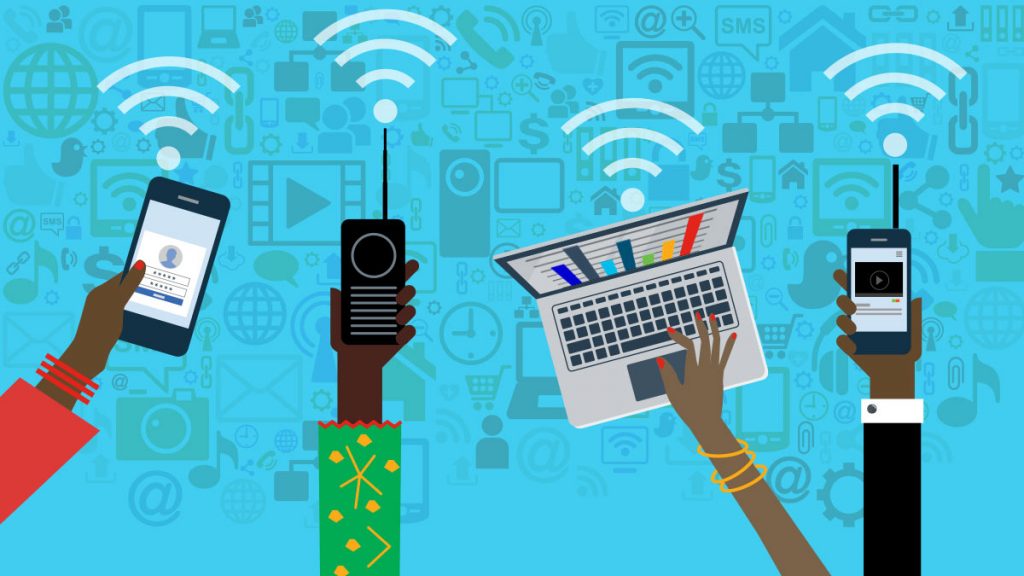 It’s fairly easy to understand what piped-water is because, well, it’s water. Even though you might not really understand how the utility company cleans water and pumps to your house, the basics are obvious to understand. There’s a source of water which is usually a fresh water body, a treatment plant usually a national water company and network of pipes. And you can drink the water, shower or wash with it. What about the internet?

Believe it or not, the internet works abit like piped water network. There are clear differences of course the most obvious being that you can’t feel or touch the internet the way you can with water. Probably this partially explains why it’s slightly counter-intuitive to grasp for most people.

But at its core, the internet is bits and bytes of information in the form of electrical signals that travel through vast network of interconnected computers. To internet users, these bits and bytes are ingredients of photos, emails, videos, documents that they are sharing on social media websites or corporate networks. At its most basic level, the internet is just networked computers and these days smartphones, tablets, watches that are exchanging data and doing something useful with it. If this network is small for instance only your office or home, it’s usually called a Local Area Network or LAN. But if covers an entire city, then it’s called a Wide Area Network or WAN. And if covers an entire country or countries, then it graduates to the Internet.

Now while you can definitely run your own LAN and do cool stuff with it like local file sharing and media streaming, you are still limited with what you truly can do. This explains why your WiFi becomes almost useless once there’s no internet on it. The value of any network increases as more users are added to it. As you would expects WANs are more useful that your home LAN network. A good example of WANs is for instances e-government systems, ATM networks or even your regional company network. In a way, WANs are like “national Internets” and we see examples of these in countries such as Russia or Cuba or China that have their own form of internet. You could also think of WANs a bit like your countries mobile or telephone networks. You can call anyone on the network or even on another provider but within the same country. When traffic begins to cross borders, then you have entered the internet.

Internet Service Providers (ISPs) enable you to access data that’s hosted outside your country. They are the middlemen that help you exchange information between your computer and an offshore data center or larger or global network aka the internet. ISPs such as AT&T, MTN, Vodafone will charge a premium for connecting you to this global network of computers. In the old days(in Africa), it used to be a flat monthly post-paid fee until mobile internet became a thing.

To ordinary people, the internet is useless without applications that get you do communicate with family and friends or buy/sell things online or search for information. Imagine if your water company only laid water pipes in your neighborhood without water. What a waste it would be. The internet became an interesting place once people started to create such applications in the 90s starting with companies such as Yahoo, Amazon, AOL, and latter on Google, Youtube, Twitter and Facebook.

The applications run on powerful interconnected computers called servers usually hosted in special facilities called data centers. Think of data centers as warehouses of vast amounts of data — data that you generate when you take a selfie, tweet, post a Facebook update or send an email. These data centers are distributed across the global mostly in North America, Europe and Asia. Internet companies are now coming under fire for holding lots of private users data as Privacy takes center-stage in our discussions about the modern internet.

If you live in Africa like most readers of this blog, then whenever you enter a search query on Google, that query is sent from your phone through your mobile network(ISP) like MTN which in turn connects to a bigger ISP like Seacom which has a wide network of submarine internet fiber cables which then connects to local ISP in the US such as AT&T or Comcast, or Verizon which has connection to Google Data centers in Oregon or Oklahoma.

That data is sent back to your phone and it has to make the return trip in matter of milliseconds or seconds. Now this isn’t always the case especially for most frequently asked pieces of data. This “FAQ data” such as a popular Youtube video is normally cached at your local ISP so that the long round trip around the globe doesn’t always have to happen.

Technically and ideologically, the internet was designed to be decentralized network of network of connected computers and “things”. The owners of these networks had the jurisdiction and sovereignty to choose for themselves how they wished and hoped to run on their internet. In a way, certain countries such as China or Cuba have managed to control their own internets albeit in an authoritarian wanner. China through the great firewall has managed to keep foreign Tech giants at bay whilst creating value for its home network through encouraging or rather protecting home grown Tech giants like Alibaba or Tencent.

For African countries, the internet is just dumb data pipe without mostly American-owned Tech application such as Google, Facebook, Twitter. In fact, for most first-time internet users, the internet has become synonymous to Facebook according to various reports. African governments are finding it increasingly easy to cut off internet (read: Facebook, Whatsapp, Twitter) access during politically-charged seasons such as election period. But even such partial internet blockages has been circumvented with Virtual Private Networks(VPNs) by citizens.

Read more: What Exactly is a Virtual Private Network (VPN) and Why You Still Need One

The internet keeps evolving every day. In fact a new kind of internet called the Blockchain the mirrors the same ideals of the current internet is already on the horizon. Blockchain is a distributed ledger network with collection of accounts that allows for the creation and management of decentralized systems and processes which enhance efficiency and transparency of transactions across business operations. Same terms like “distributed”, “decentralized” “network” that we have use the internet appear.

So what’s the internet and who owns it? The answer is You — or at least should be.