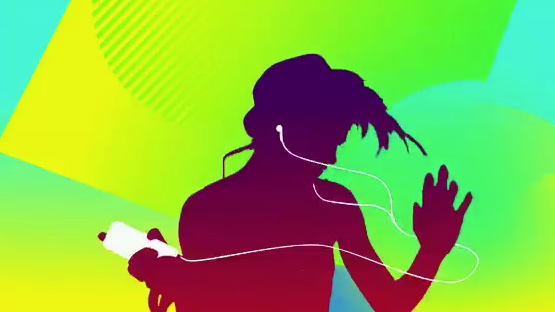 With plenty of music streaming apps offering the functionality of downloading songs for offline playback, music player apps are almost being rendered useless.

Choosing the right player depends on your requirements like Chromecast support, synchronization of lyrics, customization facility, and lock screen widget. Here, we suggest some great music player apps for your Android device.

This is one of the best-looking music player apps available. It has a material design interface that gets out of your way, allowing you to focus on just playing music.

It supports the most common music formats and automatically downloads missing information from your media such as album art. A tag editor is also included if you want to manually edit song tags such as title, artist for single songs or whole albums. Phonograph also has a few customization options in the settings.

Talk of a simple, but elegant music player that puts very little between you and your music and you will have the Black Player. It operates on a tab structure and you can customize the tabs to use only the ones that you actually want.

It also has an equalizer, widgets, scrobbling, an ID3 tag editor, no ads, themes, and support for most commonly used music files. It’s delightfully simple and a fantastic option for fans of minimalism. The free version is a little barebone with the paid version providing far more features.

This is the default choice and some people tend to overlook it. Maybe because of the poor record default apps have. However, Google Play Music offers a number of perks that ought to make you give it a chance. It has a great upload manager that lets you add up to 50,000 songs from iTunes or any other program where you’re currently storing your music.

If you subscribe to the premium service, you get access to the entire Google Play catalog along with YouTube Red. This grants you ad-free viewing of nearly all videos on the service and access to programming developed specifically for YouTube Red subscribers.

This is definitely one of the best music player apps available right now. It has a beautifully done Material Design, tag editing, gapless playback, smart playlists, a sleep timer, and Last.fm scrobbling. Puslar also has Chromecast support, which is awesome.

It is not as feature-heavy as some of the paid options, but that doesn’t necessarily mean that it’s bad. It’s a great option for those looking for something minimal, lightweight, and good looking.

When it comes to design, PI Music Player is high up the pecking order. It is loaded with all the necessary features that a user might prefer in an Android music player app. On startup, you will be asked to select a theme – among its four other different varieties which you can later change if you wish to.

It features an excellent looking interface that makes everything easy to use. You can play music from any of its various library views – tracks, albums, artists, genres, playlists, folders. It also comes with a Sleep Timer, Widget support, Ringtone Cutter and a lot more.

This looks a bit overly simplistic and gets straight to the point: it plays your music and doesn’t wine around with distractions. It handles nearly all audio file types and it comes with a 29-band equalizer, which is rare to see in music players.

It can also mix multi-channel files to stereo and/or mono. Overall, if you can get past the interface, it’s a solid choice that won’t let you down.

This is an ad-free, lightweight music player with a lot of features. It allows you to control your music player using your earphone button; a single click for pause/play, double click plays the next track, and triple click takes you to the previous song. Also, you can fast-Forward the song with 4 or more repeated clicks. It claims to be the only music player app for Android that supports multiple playing queues. Musicolet has an intuitive user interface with easy to access tabs for folders, albums, artists, and playlists.

This music player has a unique interface that combines design elements from iOS and material design which makes it one of the best-looking music players out there. You can customize the interface with different color themes and even change certain aspects of how the app looks such as the Now Playing screen which can be styled in ten different ways.

Your library is sorted into songs, albums, artists, and playlists. Browsing through folders is also available. Furthermore, the app offers all the regular features you might expect like widgets, lock screen controls, tag editing, Last.fm integration, gapless playback and more.

This music player has all of the standard premium music player features, so choosing it comes down to its interface. While most non-Material apps are ugly, PlayerPro’s unique design is both attractive and satisfying to use.

Looking for a music player designed to be a gesture-controlled? Look no further than the Impulse music player. It is perfect for any situation where you’re preoccupied—such as when you’re driving!

There are plenty of music players available for Android, but these are our picks for the best ones. Do you have a suggestion that should have made this list? Tell us about it in the comments section below.