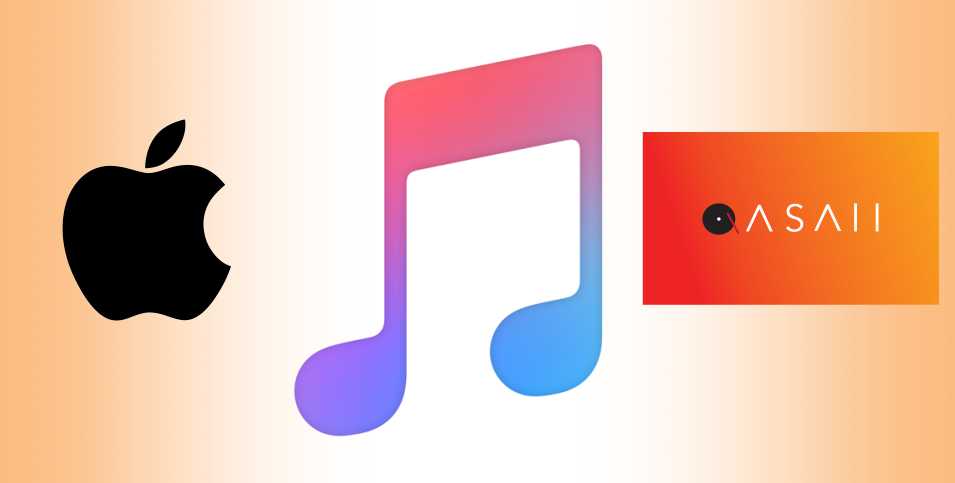 Apple’s latest move to strengthen its music-streaming platform is a digital startup acquisition. Apple acquired Asaii in a move seen to strengthen Apple Music which was launched in 2015. With it’s rolling out a Top Charts dashboard to highlighting a new artist every week, Apple clearly wants music discovery to be easier for everyone.

To help this effort, Apple has reportedly acquired digital music analytics company Asaii for about $100 million, according to an Axios report. With a trend seen with Facebook and it’s acquisition of Whatsapp and Instagram, Asaii co founders Sony Theakanath and Austin Chen are now listed as Apple employees on their LinkedIn profiles. This was after they abruptly announced last month that they would be shutting down their company Oct. 14.

Asaii is a company known for building an artist scouting and discovery tool. Using Artificial Intelligence and machine learning, Asaii scraped the web to find new musical acts and hot tracks from unsigned artists.
Apple reportedly has interest in this technology because it could bolster the company’s music-streaming service Apple Music.

Apple dominated the digital musical world with its launch of iTunes in 2003. It’s dominance changed suddenly as more people began streaming music online. Before Spotify launched in 2011, Apple didn’t have a viable streaming competitor. Since then, Apple has been focused on reasserting itself as the most popular digital music platform.

Services such as Apple Music are becoming a vital part of Apple’s business. Apple Music, however, still makes up only a small fraction of total annual revenue.

Although competitors such as Spotify and Pandora are also flourishing, Apple Music is already making up lost ground. In July, Digital Music News reported that Apple Music surpassed Spotify in total number of subscribers.

The acquisition of Asaii by Apple could lead to many things. It’s almost obvious that Apple will probably use it to sign hot new artists and make better listening recommendations to customers.

It’s also safe to assume that it will differentiate Apple Music even more against the increasingly competitive music streaming services.
To the consumers, competition is good as companies make more customer centric decisions. Let the music-streaming wars continue!