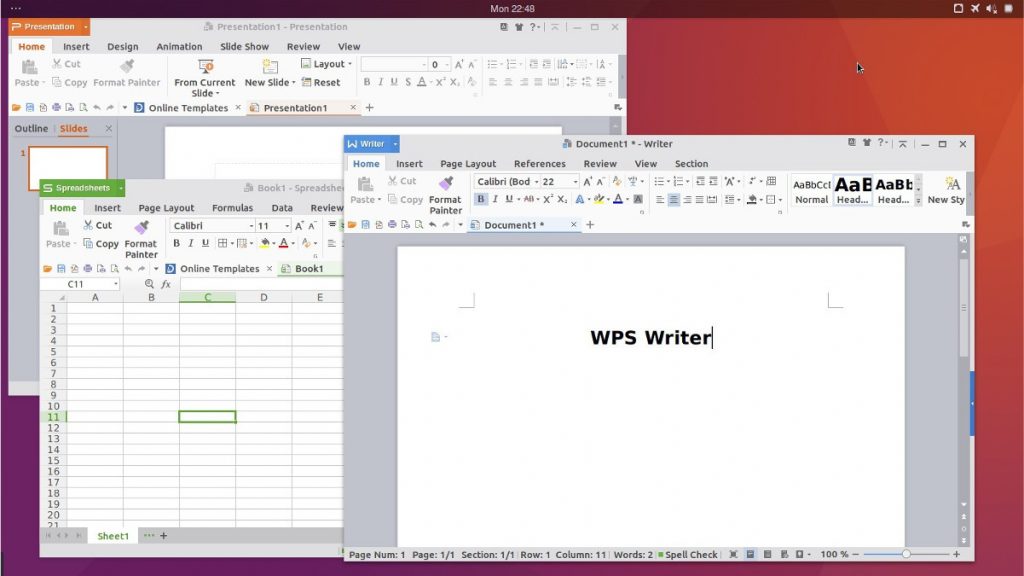 The Free and Open-Source alternative to Microsoft’s widely popular Office Suite of apps is evolving and the latest update is rather controversial. Other than dropping support for 32 bit operating systems, it picks up a bunch of new tricks.

WPS Office 11.1.0.8722 features a stack of iterative improvements, but no major new features to speak of, besides the ability to open and display PDF documents natively.

The latest update is composed primarily of bug fixes, performance tweaks, and overall tune-ups. It also drops support for 32-bit Linux systems, a move in keeping with wider software development trends of late.

Other changes in this build include:

You can download and install WPS Office on Ubuntu 18.04 LTS or later using the official installer:

The same installer will also work on other Ubuntu-based Linux distributions, including the latest versions of Linux Mint, elementaryOS, and Zorin OS.