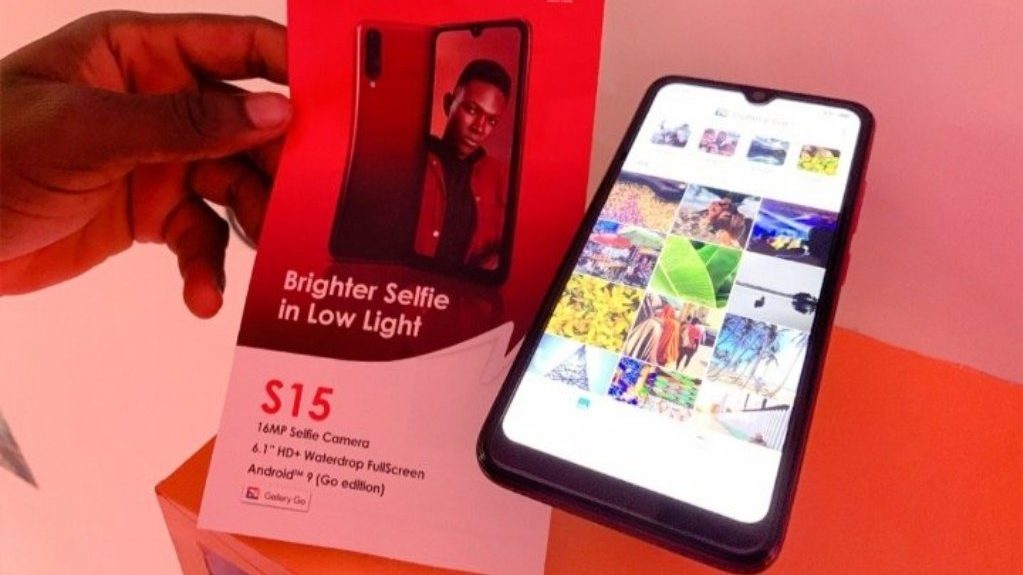 itel Mobile has unveiled a new device into its selfie-focused S-series of smartphones. The device is dubbed itel S15, and among the many special features of the device, the fact the device comes pre-installed with “Gallery Go,” Google’s newest gallery app, is one of the highlights.

This positions the itel S15 as the first smartphone to come with the Gallery Go app out-of-the-box. The device comes as an upgrade to the itel S13 that was released in 2018. Gallery Go is a small-sized (8.9MB) app that comes with exciting features like automatic organization of photo for easy accessibility, an “Auto Enhance” edit feature, and offline support (uses less data). The app was unveiled during the third edition of its annual #GoogleForNigeria event in Lagos, Nigeria.

Now let’s take a look at the features of the S15.

The pre-installed Gallery Go app aside, the itel S15’s design is pretty impressive. The device comes with a colossal 6.1-inch IPS display with HD+ resolution and reasonably slim bezels. You’d also notice a notch that houses the 16-megapixels front-facing camera at the top of the screen. The itel S15 is the first device from the brand to launch with a notch. itel might be late to the “notch party” but it’s a step forward in the right direction.

On the rear of the smartphone, the itel S15 has dual 8-megapixel sensors, LED flashlight, and a sensor for fingerprint unlock. The device also can be unlocked via Face Unlock. Going back to the camera, the itel S15’s camera app comes with itel’s native AI Face Beauty 3.0 technology which uses AI algorithm to add beauty effects to your selfies and photos.

Moving to the internals, the device is powered by a Quad-core SC7731E CPU (by Unisoc) and runs the Android 9 Pie OS (Go Edition). The processor has a clock speed of 1.3GHz and ARM Mali T820 MP1 3D graphics accelerator. Storage-wise, the itel S15 packs 1GB of RAM and 16GB of internal storage.

The device is packed with 1GB RAM and 16GB ROM, powered by SC7731E Quad-core 1.3GHz processor. It houses a 3000mAh big battery with AI Power Master, as well as face unlock and fingerprint sensor to protect your privacy.

A 3,000mAh battery is embedded in the device to keep it up and running. The itel S15 software comes with itel’s “AI Power Master” which would prevent excessive battery drainage during usage.