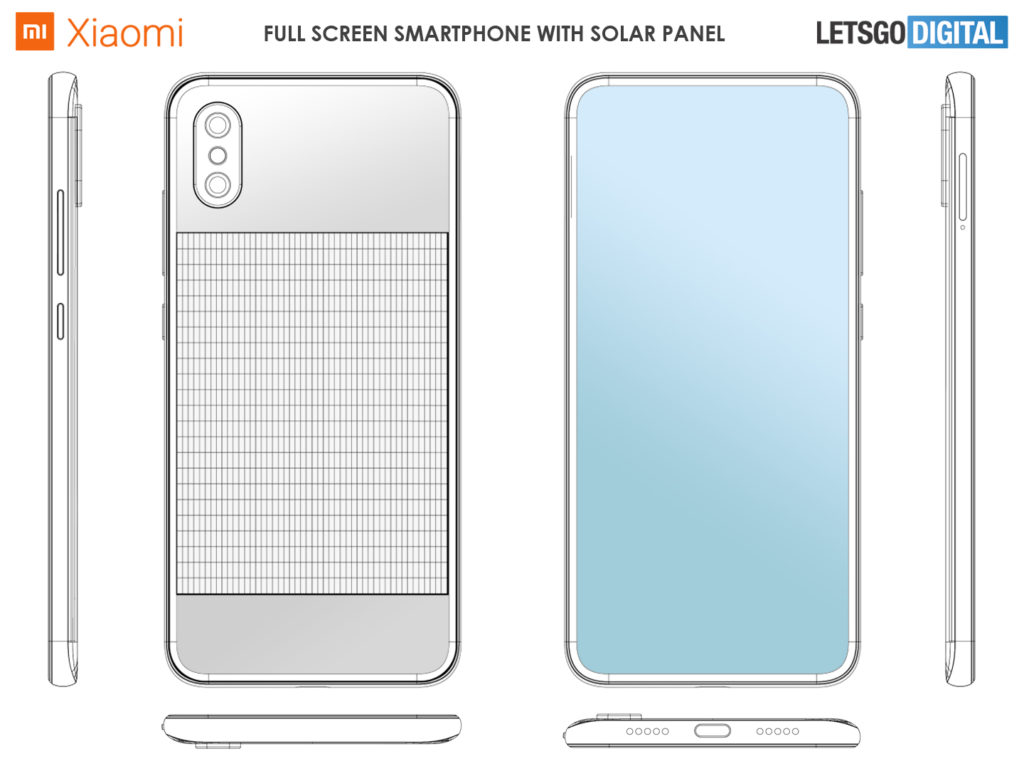 Also, the image shows a typical smartphone build with a protruding dual rear camera, with a double speaker grill and a USB Type-C at the bottom. The front of the smartphone is covered by the display all through with no front camera in sight which suggests that it is an under-display one.

Read More: Xiaomi is working on a 5G Midrange Smartphones.

In addition, it is likely that the fingerprint scanner is under the display as well or absent altogether. It is quite impressive to see this type of innovation considering that power has been a constant issue for smartphones as they become more power-hungry especially when you are out from home. With this new patent, there is a possibility that you can just turn your smartphone to the sun and get your battery up.