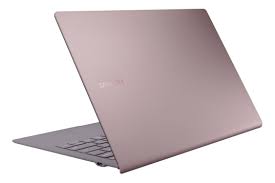 Following the recent unveiling of the Samsung Galaxy Note 10, there was an unexpected launch of the Samsung Galaxy Book S too. The laptop comes with some impressive new features that make it a tad bit better than its other Qualcomm based laptops I should mention that this laptop right here comes with very thin chassis and weighs just 0.953kg. Also, it runs on the new Qualcomm Snapdragon 8cx chipset and is said to be able to go for 23 hours of video playback on a charge.

The body of the laptop is made of aluminum and it has a smooth finish that gives it a kind of Macbook Air allure. You’ve got thin bezels surrounding the display and a fairly standard keyboard to type on. It also sports an HD webcam at the top of the screen despite the bezel thinning going on plus you can access the Windows Hello feature through the power button that also doubles as a fingerprint reader.

To be candid, we all know that laptops that run on Qualcomm processor are not the fastest around and tends to fall behind when placed side by side with its Intel based counterparts. However, the new 7nm Snapdragon 8cx processor unveiled by Qualcomm used here is said to perform up to par with Intel’s Core i5s. The chipset has a 64-bit architecture a normal clock speed of 1.8GHz, maxed at 2.84GHz for more intense computing. To put things into perspective, Samsung stated that the new Galaxy Book S offers 80 percent more graphics performance and 40 percent more CPU performance than the Galaxy Book 2.

Furthermore, there is a 13.3-inch display in place with 10-point multitouch input and support for Gigabit LTE connectivity. In addition, you’ve got an LPDDR4X 8GB RAM with either 256GB or 512GB storage option and microSD card support of up to 1TB. As mentioned earlier, the laptop can last up to 23 hours in video playback thanks to the 42Wh battery inside. Other perks include Bluetooth 5.0, Dolby Atmos sound, Windows 10, 2 x USB Type-C port, and a headphone jack. It will go on sale come September for a retail price of $999.