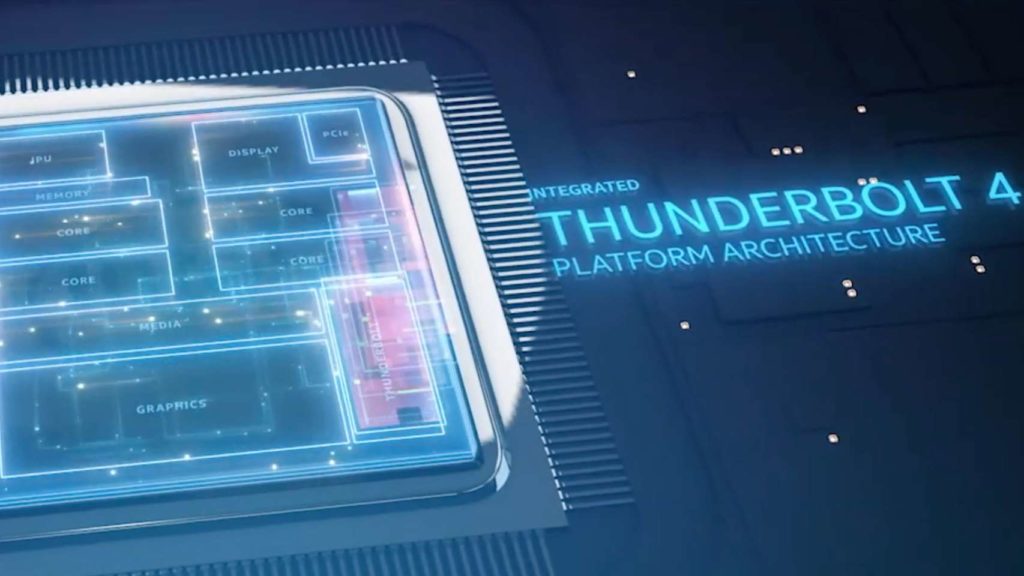 As per the on-stage announcements at CES 2020, this will be the year we will see the first PCs using Thunderbolt 4 integrated into Intel’s 10nm Tiger Lake processors. But excusing the attention-grabbing headline, when you dig deeper, it quickly becomes apparent that Thunderbolt 4’s is no different from Thunderbolt 3 in more ways than one.

Without divulging details, Intel promised Thunderbolt 4 would be four times faster than today’s ‘USB’. Additionally, expect an upgrade to the new PCIe 4.0 interface. The current Thunderbolt 3 technology is limited to a 4-lane PCIe 3.0 interface.

However, the devil is always lurking in the details. A later clarification about the USB part stated that Intel was talking about the USB 3.1 version at 10 Gbps. But my question is, why didn’t they say so?

When you do the math, Thunderbolt 3 can transfer data at 40Gbps. Thunderbolt 4 is said to be four times as fast as USB 3.1 with peak speeds of 10Gbps. Doesn’t that mean…Umm…Oh well, I was never any good at algebra, so I will leave that up to you, geniuses.

Intel’s decision to compare Thunderbolt to USB is as bizarre as it’s confusing. Based on their clarification, the announcement should have been, ” Thunderbolt 4 will be four times faster than Thunderbolt 1.” Which is basically what Thunderbolt 3/USB 4 is about, so their point would be moot.

Read more: USB4 vs Thunderbolt 3: Let’s clear the confusion for you

Intel donated Thunderbolt 3 protocol to the USB-IF (USB Implementers Forum) last year under a nonexclusive, royalty-free license. What we mean by this is that anybody can manufacture Thunderbolt hardware. From a mass adoption standpoint, it was a great idea. Especially given that the certification process remains the prerogative of Intel. At a small fee.

According to Tom’s Hardware, Intel’s announcement of Thunderbolt 4 without substantive improvements is Intel’s way to reap from certification fees from USB 4 which is based on Thunderbolt technology.

“With no bandwidth improvements and perhaps few new features, it seems like Thunderbolt 4 is largely Intel slapping on a branding badge and adding certification fees on the industry-standard USB4 interface and its newly-donated Thunderbolt 3 specification.”

However, that analysis should be taken with a grain of salt until we get more details on the matter. After all, mention of Thunderbolt 4 was at best said in passing. At the moment, USB 4 integrated with Thunderbolt is still our best bet.