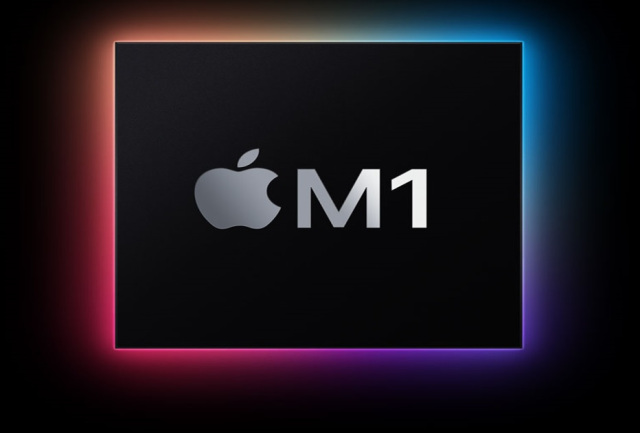 Apple has finally announced and will soon be releasing ARM-based Macs. This new chip, dubbed the M1, is based on the A14 and makes its way to the MacBook Air, 13-inch MacBook Pro with Touch Bar, and Mac mini.

Specs are vague and performance is yet to be determined, but if Apple’s slides are to be believed, this chip design and these machines are just the beginning of a hugely important transition for Apple and computing in general.

Let’s go beyond what Apple said in the launch and dive into some of the nuances behind this new Apple Silicon M1 chip.

The new M1 Chip is based on A14 Bionic chips found on old iPhones and iPads Air. Unlike many rumors indicated, it’s not the same chip. Apple mentioned 16 billion transistors count during the keynote which is about 35% more than on a standard A14. This translates to a higher score count and probably a higher clock speed.

What this means is that the M1 chip is an A14 Ultra or Pro variant to put it in simple words. And like the A14 chip, M1 is built on a 5-nanometer process and manufactured by Taiwan Semiconductor (TMSC)—the same company that makes AMD’s Ryzen chips.

The most unusual thing about this move is, it uses what’s called a POP or package-on-package design method. This design isn’t new for smartphones but quite unusual for a computer.

See, on an average laptop design setup, you get a CPU, GPU or dedicated GPU, your system memory, and an I/O chip. In the case of a Mac computer, you get Apple’s T2 security chip, thunderbolt controllers, and a lot more other individual components.

The Apple M1 chip absorbs all these chips and their functions into one package by stacking smaller packages on top and beside each other to make one super package system.

Why do this? You may ask. Well, there are several advantages. Cost and size may be a part of it but the thing that matters most to us as consumers is speed and efficiency.

When all these chips are separated, signals need to go back and forth and are routed through a substrate like a PCB. The signals can travel more efficiently and more quickly when self-contained inside a singular microchip. Of course, this makes manufacturing such a chip more difficult but Apple seems confident they have pulled it off.

RELATED ARTICLE: iPad Air’s A14 Bionic Chip: All You Need to Know.

Another unique and interesting design decision is the unified memory pool. Unlike more traditional setups that have individual memory stored per component, this new unified memory architecture will allow components of the system-on-a-chip (SoC) to share the memory on the fly without having to copy data between separate pools. This has the side benefit of being easier to program for.

But in short, Apple said this should make things a lot faster. Unfortunately, we don’t know yet what type of clock speed rate or memory Apple is using. And based on how secretive their things are, we may never know.

The Apple M1 chip has an 8-core CPU with 4 high-power cores and 4 low-power cores. While Apple didn’t provide any useful graphs on the performance, Anandtech sang praises on the A14 Bionic chips found in iPad Air and iPhone with its best-in-class memory management.

It has an 8 wide decode block and a crazy number of execution units.  They stated:

In the overall SPEC2006 chart, the A14 is performing absolutely fantastic, taking the lead in absolute performance only falling short of AMD’s recent Ryzen 5000 series.

The fact that Apple is able to achieve this in a total device power consumption of 5W including the SoC, DRAM, and regulators, versus +21W (1185G7) and 49W (5950X) package power figures, without DRAM or regulation, is absolutely mind-blowing.

All these may seem plausible but controversial because the gadgets haven’t been tested by the market. However, in most instances, the M1 seems to outperform the Intel chips that Apple was using in prior models while drawing in significantly less power.

This will not make it the most powerful laptop in the world but will likely be a noticeable improvement and make it the best use cases for most people.

Smartphones, some integrated Linux systems, and the rest of the world runs on X81 chips made either by Intel or AMD. Apple deciding to break away from the norm is quite bold. However, the company is uniquely within its capability to design its own chips and run its operating system on its own machines.

They have complete vertical control of the entire experience which literally no other computer maker can do or has been able to do for decades.

This can either prove to be a massive breakthrough or a complete disaster. Based on what we saw a week ago during the launch, I suppose it will be the latter. However, let us know in the comment section below what you think about the new Macs running the Apple M1 chip. We shall keep you posted on the latest trends and unfolding as the gadgets start shipping by end of 2020.