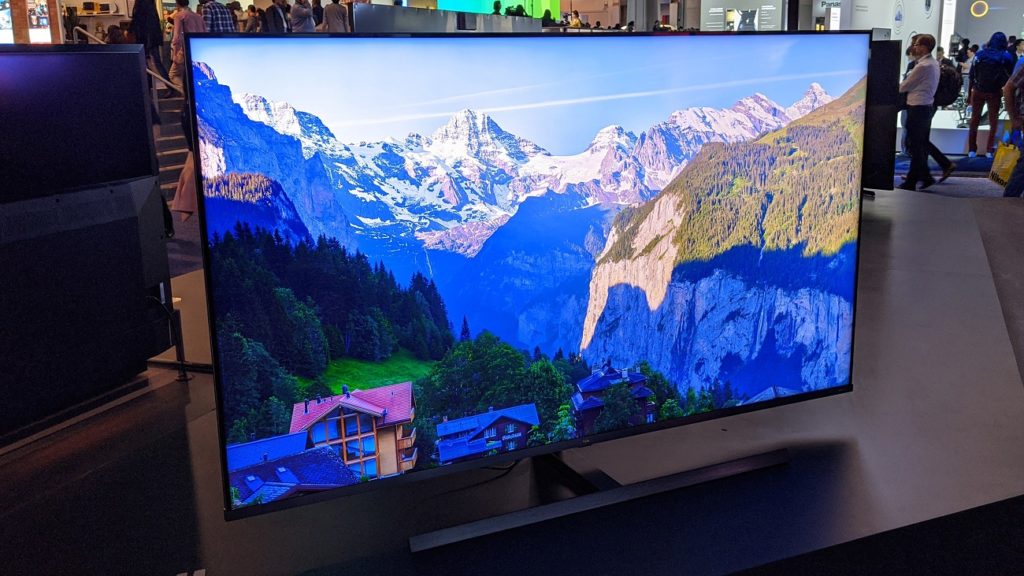 A new TV display technology called mini-LED could have a big-time effect on the way we watch TV. Before we go further, you should know that mini-LED is not the same as micro-LED. They are completely different. Micro-LED is also cool by its own merits (learn more about it here). Mini-LED is, however, the one you might actually be able to get your hands on in the near future, for an affordable price.

As for how it matters, you should first understand how it relates to other kinds of TV technology. Have you ever been to a TV store and see how striking OLED TVs are next to non-OLED models? (You should if you haven’t). That striking difference is due to the fact that OLEDs have a very high contrast ratio. They are able to achieve high contrast ratios because individual pixels can be turned completely off. This produces deep blacks without light bleed from nearby bright objects. Non-OLED TVs, on the other hand, rely on backlighting that is always turned on.

To create images, an LCD layer in front of the backlight selectively blocks the light in different areas of the screen. But since it can not block the light completely, blacks can end up looking closer to gray. To improve this, LCDs use a technology called “Local Dimming” to increase their contrast ratio. The idea is that the backlight can selectively dim or switch off in certain areas of a screen where the image is dark or black.

Local Dimming can definitely help, but it is far from being a perfect solution. TVs with this feature typically have their backlight split into zones that dim or turn of as a group. For the effect to work well, you need lots of zones which means lots of LEDs; adding cost, heat and power consumption.

Mini-LED technology promises to overcome the challenges of local dimming. Thanks to some recent technological advances, LEDs have not only become more efficient but also smaller. This is exactly the idea behind a mini-LED display. Mini-LEDs are often less than a tenth of a millimeter. That means you can put many more of them in the backlight layer of a TV, allowing for much smaller zones of lighting control.

Related Article: Micro LED poised to outshine QLED and OLED as display Tech of your devices

To put this in context, a traditional local dimming TV might have dozens or a few hundreds of zones, while recently released mini-LED displays from ASUS and TCL have about 1000 individual zones. This helps them do a much better job of preventing the blooming effect that is persistent with local dimming. Blooming effect is where bright objects in a dark scene have an aura or halo glowing around them. The cause being that the zone lighting the bright object is simply too large to be confined to the area where it is supposed to be.

Of course, mini-LED is a newer technology right now, so you can expect to pay more for it. But it is well-positioned to be more affordable than OLED, especially after the early adopter tax wears off. Also, with Micro-LED technology being quite away from hitting the mass consumer market due to high costs and manufacturing complexity, Mini LED looks to be an appealing option to tide us over until then.