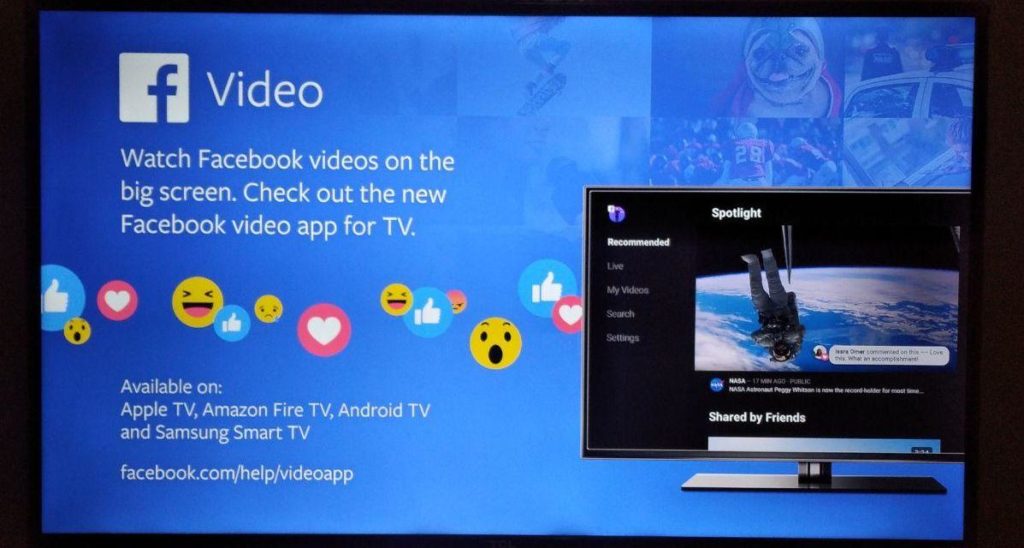 Even though these video services are mostly accessed from Facebook’s mobile app and website, you can also watch them from the big screen. This supported through some streaming devices, some TVs, game console, and Facebook’s own devices. Specifically Amazon Fire TV, 4th Gen Apple TV, Android TV, Samsung TV (2015+), Xbox One, Oculus TV, and Facebook’s own Portal TV.

You can watch Facebook videos on specific supported TV through Facebook Watch app. You can download this from the TV’s App store. Facebook has listed Samsung Smart TV 2015 and newer models that have this capability.

If your TV runs on Android TV OS, then you can download it via the Google Play store.

I tend to use the Google Chromecast. To watch Facebook videos on your TV, make sure the streaming box is connected to your TV and is on the same network with your smartphone or computer. AFterward, follow the steps below.

And that’s all there is to know about streaming and watching Facebook videos on your TV. It’s really that easy and straightforward.

Here’s our Youtube video tutorial on how you can watch Facebook videos on your Roku TV using your Android phone or iPhone.

Shoot us whatever questions you have on how to watch Facebook videos and live stream on TV in the comments section.