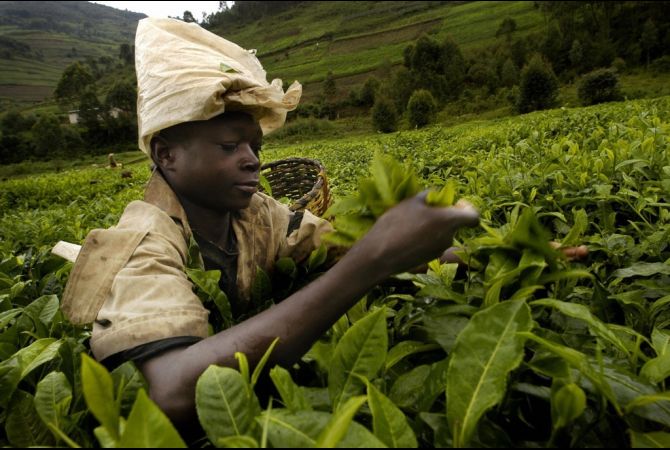 Mobile visionaries as well as internet giants are at the mobile world capital in Barcelona, Spain to deliberate on what they believe should be the new direction that the industry should take. The 3-day glamorous event is punctuated by the latest flagship devices from global players such as Samsung, Nokia, HTC while network equipment vendors and carriers across the world are touting the next generation of data speeds that will get you stream that Youtube video without buffering or transfer a 1GB file in just seconds.

This is all cool.

What comes out of Barcelona will undoubtedly change the world, especially Africa, that has seen a growth in mobile technologies which now shape the way that people communicate, conduct business, access information among other things. Who would have thought that here in Africa, users could pay for utility bills from their mobile phones, or farmers could access market information from their devices and set the right prices for their products or that a doctor is just a phone call away? But it’s happening!

Internet giants such as Google, Microsoft and Facebook are in a golden rush to expand to developing markets with their products and services. While Microsoft through its 4Afrika project wants to leverage on Whitespaces to bring internet connectivity in rural Africa and Google is digging Fiber cables to achieve the same while partnering while Chinese vendors like Huawei to produce budget $50 smartphones,  Facebook has shown more aggressiveness than its competitor through its Internet.org project. The project is global partnership comprising of phone vendors like Nokia, Samsung and Carriers with the goal of making Internet access available to the 5 billion people who currently don’t have access to it. In his own words, Facebook CEO Mark Zuckerberg said;

“There are huge barriers in developing countries to connecting and joining the knowledge economy. Internet.org brings together a global partnership that will work to overcome these challenges, including making internet access available to those who cannot currently afford it.”

Even though the fruits of the Internet.org project aren’t yet visible for all to see, the company has already began making significant small steps towards its radical vision of “connecting the world” bringing about social, economic development. The latest from Barcelona is SocialEDU, a pilot project from Internet.org that will provide students in Rwanda with free access to a collaborative online education experience. Internet.org members Facebook and Nokia worked with the Government of Rwanda, Airtel and edX on a program to give students access to free, high-quality, localized educational content via low-cost smartphones.

While this all this is novel, Facebook isn’t the first western company that comes to Africa with its “solutions” to Africa’s problems without first consulting or working with the people on the ground. Well-meaning corporations have already sunk millions of dollars in several “projects” in Africa without achieving significant tangible impact.

This is how Facebook and company can prevent history from repeating itself.

The old proverb “Give a man a fish and you feed him for a day; teach a man to fish and you feed him for a lifetime” couldn’t be more strategic and impactful in helping the global giants scale to Africa. There are scanty statistics about software developers in Africa, but going by the percentage of African coders on Github, the world’s largest social networking site for programmers, is only (get ready) 0.12% according to CodeAfrica.org.

If Zuck knew this Statistic, he would be recruiting or training software developers on the continent first. He would be providing internship for computer science students in Menlo Park who would come back to work on the Internet.org projects in their respective countries from the skills they learnt from rock-star programmers behind Facebook’s lightening fast applications.

The internet giants should know that revolutionary applications such as M-Pesa weren’t cooked by genius programmers in silicon valley, but by students in African universities, perhaps in their dorms in the like manner that most silicon valley startups, Facebook inclusive started. This is the same philosophy driving ICT visionaries like Neville Roy Singham, the founder and chairman of Thoughtworks, a privately owned global IT consultancy that delivers custom software, software tools, and consulting services to Global 1000 companies. Roy believes in the sustainable approach of training software developers in Africa instead of sending Marketing, Sales and PR executives and that’s why his company has setup offices in South Africa, Uganda and soon Ghana.

Global internet giants land on the African continent with their products and services, with business models often tailored for their countries of origin and all that’s in their minds is sale, sale. Africa is unique. Not only that, every country in Africa is in fact unique. The social, political and economic fabric that varies from one country to another doesn’t allow for a one-size-fits-all kind of approach to conducting business in Africa, and yet shockingly that’s what the internet giants do.

As a technologist, am often frustrated by how offside many global giants are at delivering services on the continent. Often they’re short-sighted attempts to increase sales, increase their userbase and dominance on the continent. Google and Microsoft for instance go around recruiting an army of developers to create Apps for their respective platforms without thinking about viable ways that these developers can sustainably live off their work. Global phone vendors such as Samsung like to spend millions in advertising to sale their latest gizmos without giving much thought into what the local market really needs. Who is working with the banks to develop electronic payment system so that users can pay for goods and services from their phones? Who is working with local content developers to find ways of distributing and monetizing their products as digital technology thought-leader Moses Kemibaro thinks? Who is working with the teachers and educators to transform education using devices? None!  Little or none of these giants are working with African universities to fund projects developed for Africa by Africans that could potentially bring about social and economic transformation on the continent.

Internet giants must stop pretending to be making a difference in the developing world and start — if that’s what they wish to — seriously adapting sustainable, long term methods that will see social, economic and political transformation on the continent. Africa is now the fastest growing continent in the world, according to the African Development Bank’s Annual Development Effectiveness Review 2013. Those companies with the right intentions and strategy for the continent will not live to regret it.

One thought on “Dear Facebook, Google, Microsoft, want to help Africa? Here’s how”