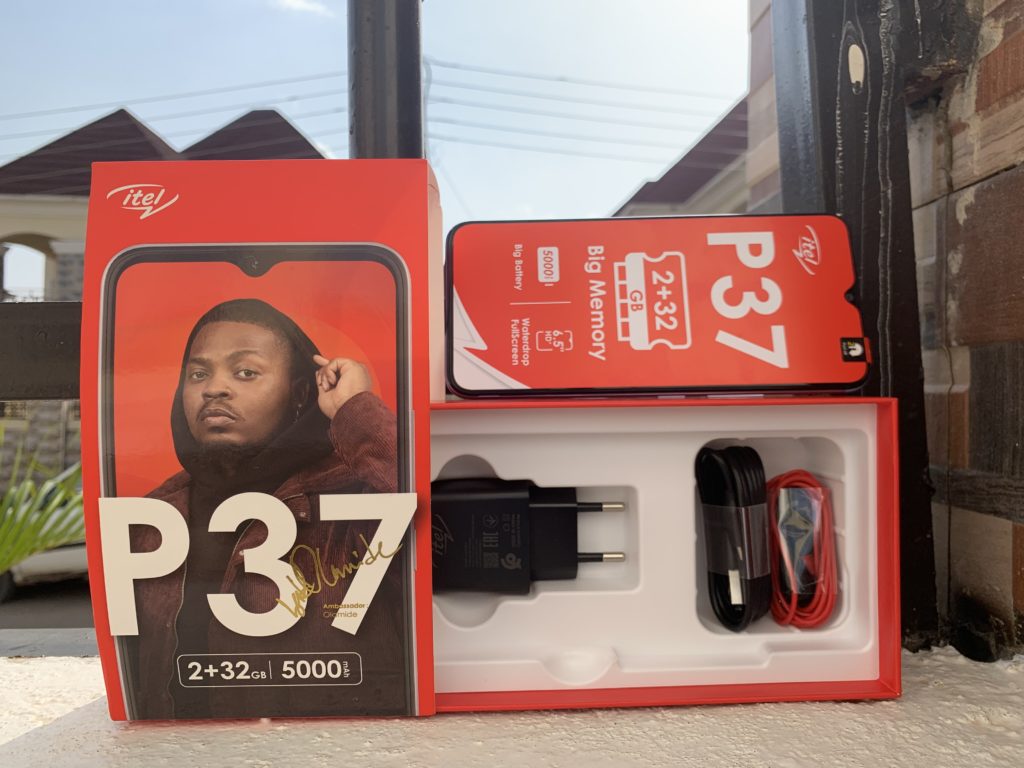 Just days ago, itel Nigeria unveiled the latest addition to its ‘P Series’ – the itel P37and P37 Pro smartphones. This iteration comes in to succeed the itel P36 and P36 Pro it released in 2020. The itel ‘P Series’ is famous for being budget-friendly and this series isn’t any different.

We got our hands on a unit of the itel P37 and we will be examining what the device is made of and its capabilities. But first, lets unbox it.

In the box is:

Upon opening the box, you will be greeted by the itel P37 wrapped in a Polypropylene plastic bag to prevent scratches and damages.

The itel P37 maintains the super slim and smart design we saw on its predecessor, the itel P36. It is also lightweight, has this smooth and rounded feel, and is quite comfortable to handle, thanks to its 6.5-inch HD display.

The power button, which doubles as the lock button, and the volume rocker are both on the right side of the device, making it very easy for the thumb to control. For this device, the SIM slot isn’t on the side of the device, rather, you will have to open the back cover of the deive to insert your SIM cards and SD card.

The rear of this device also houses the dual camera, as well as the fingerprint sensor which is strategically installed at the upper body, for convenience.

Setting up and Performance

Once you switch the device on, it takes about 30 seconds to fully boot. After it comes on, it’ll take you through the usual tutorials for easy navigation of the device. The device runs on Android 10 (Go Edition), with OSV7.0.

Multitasking, switching from one app to the other on this device isn’t all that smooth. But that didn’t come as a surprise, though – the device runs on 2GB RAM.

As we mentioned in a previous review, the title P37 boasts of a dual 8-megapixel camera lens on the rear and a single water drop camera in front. They are configured as follow:

The lenses on the rear are arranged vertically on a black rectangular board at the top-left corner. Right next to the camera set up is a single flash. Upfront, there is the single selfie water drop camera (sitting pretty on the top of the display).

To be fair, the itel P37 is a step up from its predecessor – the itel P36. But then, it still features a couple of low-end specs like its 2GB RAM and the 8-megapixel camera set up. The one reason to consider this smartphone is if youre looking for a budget-friendly smartphone that can carry you through basic activities.