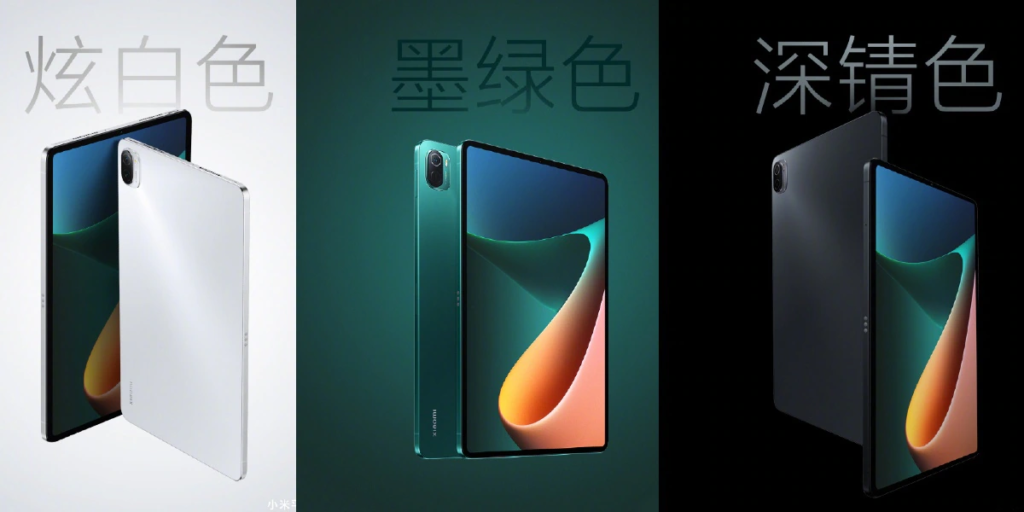 Xiaomi Mi Pad 5 series has generated a lot of buzz in recent times because the Android tablet scene has not been quite as exciting and with Xiaomi’s reputation, the amount of anticipation is warranted. Following a series of leaks and rumours, the Mi Pad 5 lineup is finally here with the Mi Mix 4. You’ve got the standard stylus pen, and keyboard accessory available to use with the Android tab which does not entirely deviate from what we were expecting. Xiaomi is coming for the iPad Pro with this release and you can see from the event that that is the competition.

There are three variants of the Mi Pad 5 launched which includes the ordinary Mi Pad 5, Mi Pad 5 Pro and the Mi Pad 5 Pro 5G. The last two are the same except that the 8GB RAM variant and 50MP primary rear camera is only available in the 5G model.

The only variant with cellular connectivity is the Mi Pad 5 5G but that is not all it offers though, you get a better camera and more RAM to play with.

Also, you’ve got the Stylus weighing 12.2g which you can charge wirelessly by sticking to the side of the tablet and lasts for 8 hours on full charge. The stylus has a response rate of 240Hz and is sold separately for 349 Yuan ($55). Also, the keyboard case is sold separately and also serves as a protective cover for the Mi Pad. It is connected to the pad through POGO pins and you can cop one for 399 Yuan which is about $60. You can get the ordinary magnetic case without the keyboard for 99 Yuan – approximately $15.

Read More: See if Your Xiaomi, Poco, Blackshark and Redmi Smartphone Will Get Android 12

For visuals, the Xiaomi Mi Pad 5 series all sport the same display sitting at 11-inches with a Full HD+ LCD screen which has a max brightness of 500nits. More so, there is a TrueTone display, with Dolby Vision, 10-bit colour and HDR10 support. Not to mention the anti-bluelight and 120Hz refresh rate and you could tell there is a lot Xiaomi put into the Mi Pad 5 lineup display.

The iPad inspiration is clear here even up to the size and the Mi Pad 5 tablets does not miss the polished sleek design. The Xiaomi tablet has a thickness of just 6.86mm while weighing 515g which gives it a modern and premium kind of appearance.

Although the entire Mi Pad 5 lineup is the same size, the battery capacity differs and that can chucked up to the disparity in the components of the tablets. This standard Mi Pad 5 Pro and Pro 5G both have a capacity of 8, 600mAh while the standard Mi Pad 5 has more capacity at 8, 720mAh which is due to the fewer features this option have. However, you also get 33W fast charge on the Mi Pad 5 while the other two have a 67W fast charge built-in.

Continuing the iPad inspiration, Xiaomi has MIUI for Pad on the tablets, an OS optimized for the Mi Pad 5 series with 300 apps especially suited to run in tab mode on it and an iPad-esque multitasking feature built-in. As for the SoC, there is Snapdragon 860 on the Mi Pad 5 and Snapdragon 870 on the higher variants. The tablets come with 6GB RAM except for the 5G model that has 8GB with a choice between 128GB and 256GB for storage.