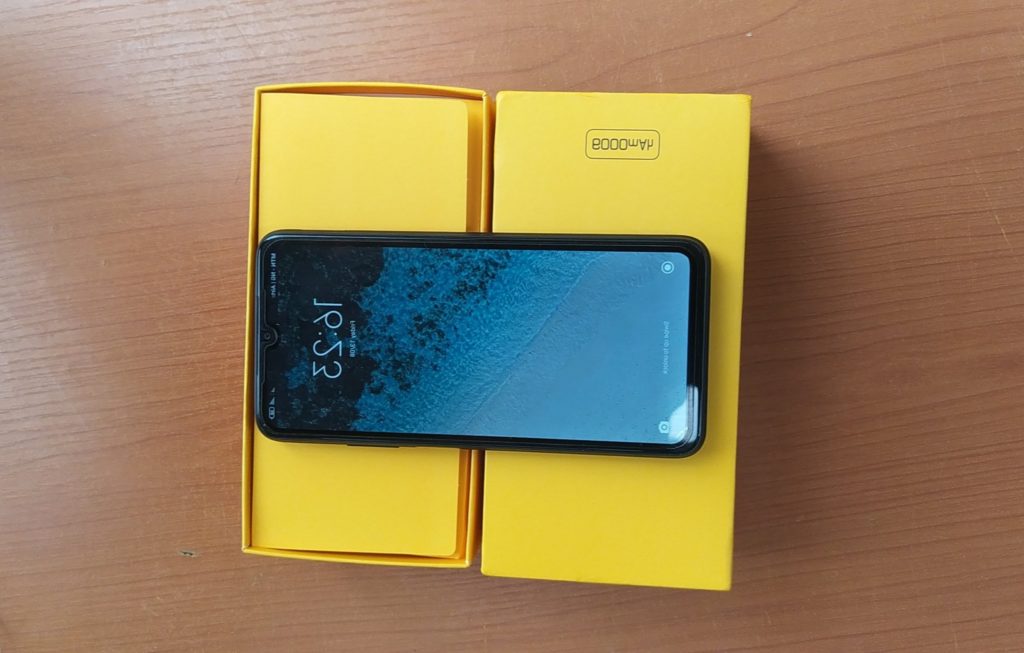 Poco or Pocophone as it was formerly known, started off as a line of flagship killers under the Xiaomi umbrella even until it became an independent brand, but now it includes a wider range of affordable budget smartphones like the Poco M3.

Released as a budget mid-range smartphone, the Poco M3 offers decent specs and is aggressively priced while also carrying a massive battery. The smartphone is not trying to be trendy as it has a rather utilitarian appearance that looks sturdy.

What’s in the box?

The Poco M3 comes in a standard yellow box with the following goodies in the box.

The material on the Poco M3 is polycarbonate and it does have a textured back that gives you a firmer grip. On the back, you have the glass material of the camera module extending throughout the width of the back with ‘POCO’ clearly written on the back.

The frame has a similar material and houses the fingerprint scanner, power button and volume rocker on the right side and the SIM tray on the left. Also, the phone is a bit on the thick side at 9.6mm and the back does not really appear flat like for example in the Redmi Note 8 which is in the same mid-range category.

From my two weeks of use, the Poco M3 does have a nice enough FHD screen but it is LCD and the viewing angles is not so great as in more premium options. However, at 6.57-inch, media consumption is enjoyable and at the price, it does give you a decent experience. Nonetheless, the only drawback here is that the screen does not get bright enough in daylight.

Taking pictures on the smartphone happens to be good enough even for social media uploads although there is a bit of hit and miss shots even enough light but especially at low light. That being said, the low light shots are not really great but then again this is a budget mid-range so it gets a pass. Here are some samples of some pictures taken on the smartphone in both daylight and low light.

The selfie camera gets the job done with a little aggressive processing on some occasions and the portrait mode is a bit inconsistent as well but then again it is good enough at the price. The extended glass back on the rear camera can serve as a ‘mirror’ so you can take close up selfies with the rear camera.

To the selling point, this is one area that the Poco M3 really excels with the over average capacity in the phone with the humongous 6, 000mAh battery. The smartphone had no issue lasting two days on average use with playing videos, chatting and calls.

On heavy use, the Poco M3 comfortably lasts until the end of the day with a few hours of gaming, Netflix and music play. if you are looking for a smartphone with great battery life on a budget, this is definitely worth looking at.

Sporting a Snapdragon 662 processor, the Poco M3 handles daily tasks quite well and you can play heavy games like Call of Duty, PUBG and more on an average setting.

You won’t get the high frame rates here, but it is still very much playable and enjoyable. The model I have with me has a 4GB LPDDR4X RAM and a 128GB UFS 2.2 ROM. No problem navigating from one app to the other but don’t expect snappy load time as you have on flagships here.

The Poco M3 cost just about $155 (77, 000 Naira) for the 4GB/128GB I have with me and it is definitely worth the price with the number of features and its level of functionality.

There are some obvious caveats to get to the cheap price but there is also immense value for money here.