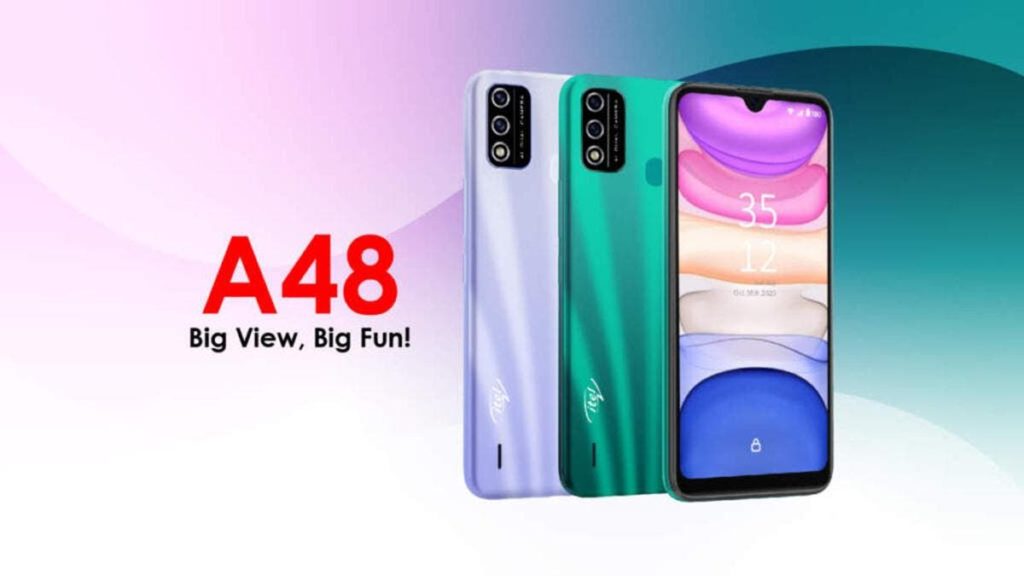 iTel is a well know entry-level smartphone maker with lots of low budget smartphones and quite frankly one of the phone brands with the most Android Go phones. The latest addition to their A-series following the release of the iTel A93 released last year is the iTel A48 smartphone. As you might have thought, the specs on this smartphone are not so great but it does offer value to entry-level users.

Also, the smartphone affords a decent Android experience at an affordable price giving real meaning to budget smartphones. That being said, let’s dive in to find out what this smartphone packs.

iTel A48 Specifications and Features

As far as budget smartphones go, the iTel A48 comes with a decent spec sheet as you can see from what you have above. It also sports a glossy finish on the back which is made of plastic, same as the frame too. You also have an obvious bezel on the bottom of the screen with a waterdrop style of camera notch.

In addition, the iTel A48 sports an expandable 32GB storage space built-in which can go up to 128GB using a memory card. There is an unspecified processor inside but with the optimized Android 10 Go Edition OS, this shouldn’t be a problem. Not to mention you also have a 2GB storage space inside which is enough for day-to-day usage with the Lite and Go version apps featured for the Go Edition OS.

Elsewhere, there is a dual rear camera at the back with a main 5MP shooter and a rather doubtful ‘AI’ camera. Anyway, this is an entry-level smartphone as mentioned earlier and this should do for a little bit of camera activity here and there. Another 5MP camera is in the waterdrop notch for you to get your selfie game on with.

Not much can be said about the battery capacity though, as you have just 3000mAh battery capacity here. However, this should be enough to get you through the day as an average user with a Micro-USB port to plug in your charger to for a refill.

iTel A48 Price and Availability

The price of the iTel A48 is 34, 000 Naira and you can get it at iTel partnered stores nationwide. It is available in Black, gradation purple and green colour options.