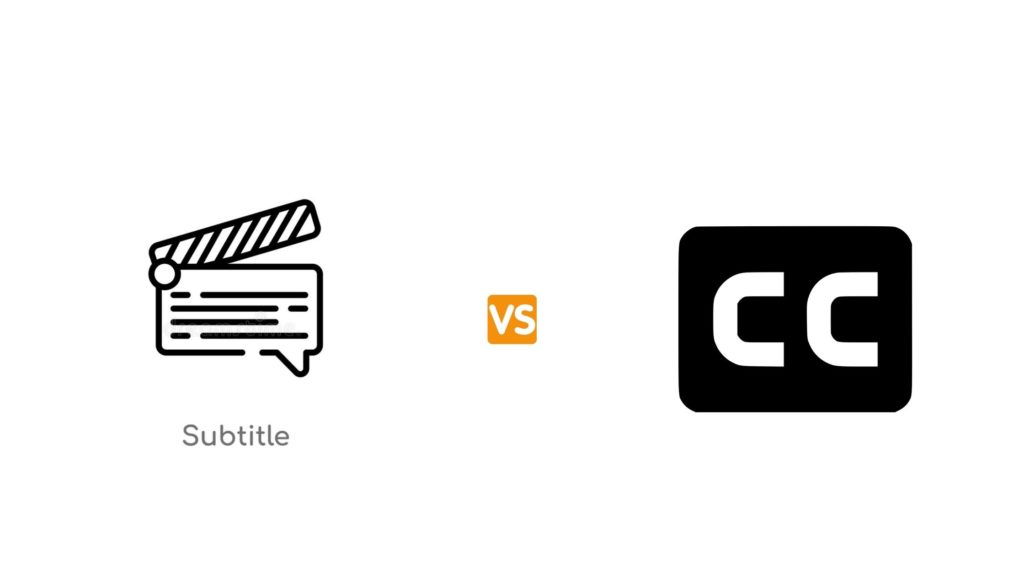 While subtitles and closed captions are both processes of displaying text on video screens to viewers, they have slightly different meanings. Many people interchange the words and use them in place of each other. However, this is not meant to be so. They are similar but are also different in meaning and purpose.

In this post, we will be taking you through the differences between subtitles and closed captions. Hence, at the end of the post, you should be able to use both words appropriately and know which you should use. First, let’s go through what each of these words actually means.

READ MORE: How to Use YouTube Playback Settings to Personalize Your Streaming Experience.

I’m pretty sure every movie viewer is familiar with subtitles. They are texts derived from a screenplay of the dialogue or commentary in films, movies, television programs, video games, and so on.

Many times, subtitles are used when the viewers cannot understand the language being spoken. An example is a movie that was produced in Spanish having subtitles that translate whatever is being said to English for the viewership of someone that doesn’t understand Spanish.

What are Closed Captions?

Like subtitles, closed captions are also texts derived from the dialogues in videos. Only this time, they include any other relevant audio and are intended for viewers who can’t hear the audio. Hence, think of closed captions as a more comprehensive form of subtitles targeted at an entirely different audience.

Closed captions aid hard-of-hearing as they communicate all audio sounds which might include sound effects, speaker IDs, background noises, and non-speech elements. Also, the “closed” part of closed captions means that it doesn’t show to the user until it’s turned on by the viewer.

Subtitles vs Closed Captions: What are the Differences?

Subtitles are mostly targeted at everyone who cannot understand the language spoken in a particular video. While closed captions are targeted at people who have hearing difficulties so it bothers more on accessibility to viewers than translation. Platforms like YouTube allow viewers to enable closed captions (CC) because they are also trying to optimize for people with hearing disabilities.

The information shown on subtitles is limited to just the dialogue between people in the movie while closed captions show even the non-speech elements. This is understandable because of their audiences. People who only want to translate language can hear other parts of the audio while those with hearing difficulties cannot. Hence, need a more detailed form.

Both subtitles and closed captions are usually positioned at the bottom of the screen. However, the on-screen position of closed captions changes if it’s blocking a visual element. Again, this is understandable given the audience it targets.

Subtitles vs Closed Captions: Which Should You Use?

As described above, if you only want to see a translation of dialogues in a movie or video, please use subtitles. However, if you have a hard-of-hearing, it’s better to use closed captions so you have a better understanding of every element in the video.