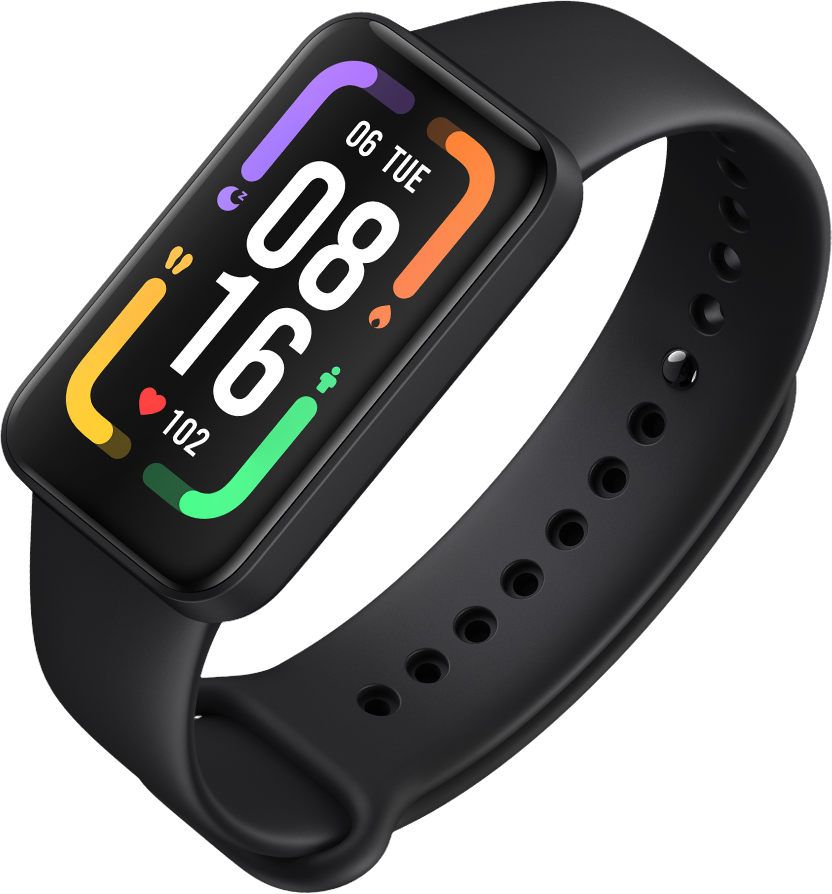 Xiaomi just announced the Redmi Smart Band Pro, a fitness tracker that’s somewhere in between the rectangular-shaped fitness bands like the Mi Band series and a square-shaped smartwatch like the Mi Watch Lite. This form-factor is targeted towards users who want a bigger screen for a fitness tracker but aren’t willing to foot the bill for a bigger Smart Watch.

The Redmi Smart Band Pro in terms of specs and features mirrors the smaller Mi Band 6 launched a couple of months ago. The Redmi Smart Band Pro features a 1.47 AMOLED touchscreen display. That’s as big diagonally as the Mi Band 6’s 1.57 AMOLED screen but a lot wider, something we liked about the Honor Band 6. It also supports always-on display mode which is absent in the Mi Band 6, Honor Band 6 or Mi Watch Lite.

The Redmi Smart Band Pro supports continuous heart-rate monitoring and SpO2 blood saturation monitor just like the Mi Band 6. But both lack a built-in GPS sensor which is present in the Mi Watch Lite. The band relies on connected GPS when paired with your smartphone via Bluetooth.

Xiaomi is promising upto 14 days of battery and 20 days on power-saving mode with thanks to a 200mAh battery. The band is charged using a magnetic charger. It’s set up and configured using the new Xiaomi Wear App and is now compatible with Strava and Apple Health services.

Xiaomi hasn’t announced the retail price of this band, but it’s expected to go for about $70 when it launched internationally. We shall keep you updated when the details come. See it on Mi Global website.