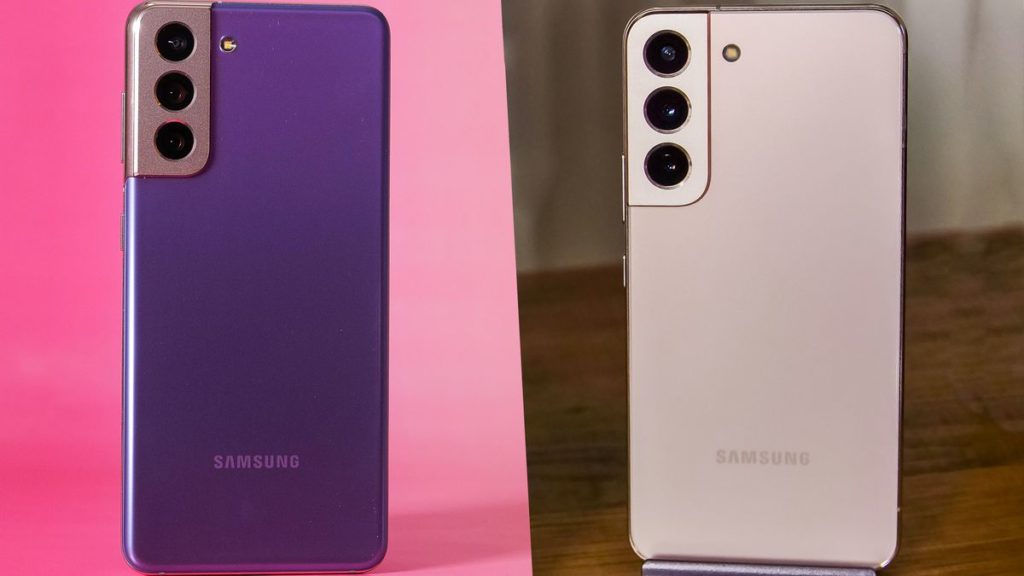 It’s a new year, and as we’ve all been anticipating, smartphone brands are beginning to unveil new iterations of their different line of smartphones. Samsung’s first “Unpacked” event of the year has happened; where we saw the unveiling of the new Galaxy S22 Series – succeeding the Galaxy S21.

That said, Is the new Galaxy S22 a worthwhile upgrade? Should you stick to your Galaxy S21 or get on Samsung’s website to pre-order? In this article, we will be looking at the key differences between the Galaxy S22 and its predecessor – the Galaxy S21.

Let us begin with the look and feel. There are a couple of similarities between these smartphones: First off, the Galaxy S22 still maintains the contour design that blends the camera module seamlessly into the side of the phone, just like on its predecessor.

The Galaxy S22 is slightly shorter than its predecessor, however. For unknown reasons, the Galaxy S22 lost 1-inch of its height. But this is good news if you are more comfortable with small display devices. You also get to choose from four colors; black, white, green, and pink gold.

Both smartphones come with a triple camera tray, but that’s all there is to their similarities. There’s a huge difference in camera quality. While the main camera sensor of the new Galaxy S22 is a massive 50-megapixel wide-angle sensor, what we got on the Galaxy S21 was a mere 12-megapixel main camera.

They both share the same 12-megapixel ultrawide angle sensor. The Galaxy S22 features a 10MP telephoto shooter with a full 3x optical zoom, while the S21 features a 64MP hybrid 3x sensor. In front, they both feature a 10MP front-facing camera.

That said, depending on your location (where you buy your Galaxy S22 from), you’ll either get a Galaxy S22 running on Snapdragon 8 Gen 1 or Samsung’s own Exynos 2200 chip. Both smartphones still maintain the same internal storage (128/256GB) and RAM (8GB).

Related: The New Galaxy S22 Ultra is a Note-like Device