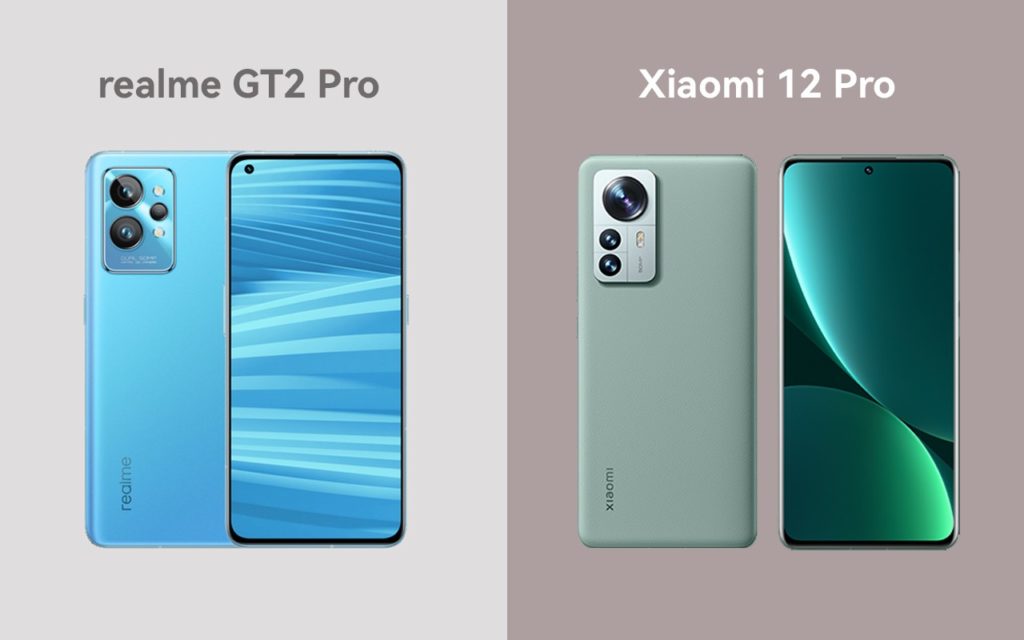 Realme and Xiaomi recently released their latest flagship smartphones for 2022, the Realme GT2 Pro and Xiaomi 12 Pro. These smartphones a[[ear a lot similar in many ways, as they are both packed with some of the latest specs and features in the market today, including the Snapdragon 8 Gen 1, AMOLED displays + 120Hz refresh rate, and so on.

Although they come with some similarities, they’ve also got their differences, and in this article, we will be pitting them against each other as we delve into the specs, features, price, similarities, and differences.

On both devices, you get a 32-megapixel front-facing camera. And considering they are both flagship smartphones, we were expecting them to feature support for 4K video recording. However, what you get is 1080p recording at 30 or 60fps. In addition to that, they both feature electronic image stabilization.

While the front-facing cameras on both smartphones don’t support 4K, the rear cameras on both smartphones do. You can shoot 4K videos at 24fps on both of them. The Realme GT2 Pro is packed with a triple camera tray of 50 MP wide sensor, 50 MP ultrawide sensor, and 3 MP microscope sensor. The Xiaomi 12 Pro, on the other hand, takes it a step further with its 50 MP telephoto sensor.

Furthermore, even though the Realme smartphone features a slightly bigger battery (5000mAh) than Xiaomi’s 4600mAh battery, Xiaomi makes up for that with its 120W fast charging support.

We’re going with the Xiaomi 12 Pro, at least on paper. As we all know, a smartphone’s true experience comes when you finally get to use it. Also, bearing in mind that these specs are overkill for the market today, we reckon you will be happy with either device.