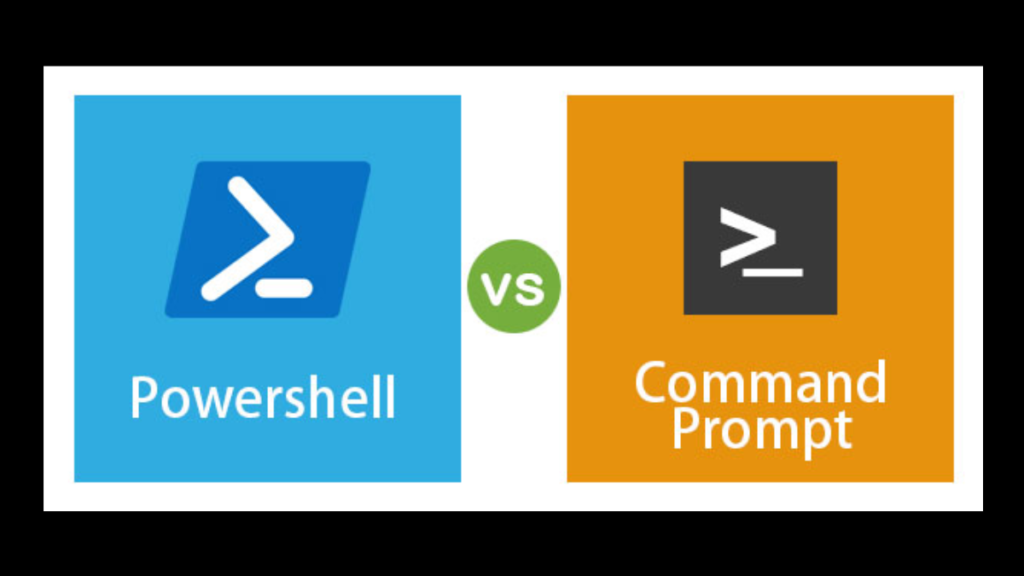 You have probably come across PowerShell or command prompt If you have used Windows for some time especially trying to troubleshoot using the command line. A command line is basically a program that takes in commands, which it passes on to the computer’s operating system to run. From the command line, you can navigate through files and folders on your computer.

We shall discuss two command-line tools in this article that natively reside and dwell on Windows operating systems and get to understand the major difference between the two.

Related: What is Windows BitLocker and How Do You Activate It

According to the founders of Powershell, it is a cross-platform task automation solution made up of a command-line shell, a scripting language, and a configuration management framework. PowerShell runs on Windows, Linux, and macOS.

In PowerShell, administrative tasks are generally performed via cmdlets (pronounced command-lets). PowerShell implements the concept of a pipeline, which enables piping the output of one cmdlet to another cmdlet as input. Windows PowerShell’s color is blue by default.

Windows Command Prompt is a command line interpreter application that is found in most versions of Windows. It can be used to execute batch files, run diagnostics, perform advanced administrative functions, troubleshoot problems, and solve certain issues. Command Prompt’s file name is cmd.exe according to Tech Target.

The Command Prompt application permits you to work in surroundings that appear extra like a regular working system as hostile to the icon-based totally Windows. Windows’s command prompt color is black by default.

Also Read: Getting Started With Windows Subsystem for Linux

From the above observations, we can conclude that command prompt or cmd is a default application of windows that is used to interact with any windows objects in the windows os.

PowerShell is a more advanced version of cmd. It is not only an interface but also a scripting language that is used to carry out administrative tasks more easily.

To access either of the two: Press the Windows button and start typing “cmd” for the command prompt or “Powershell” for Windows Powershell

In Windows 11 22H2, the default app used to host console windows has been changed to Windows Terminal. After the October 2022 update, Command Prompt, Windows PowerShell, and other console apps will appear inside an instance of Windows Terminal. I hope you learned the major difference between the two.