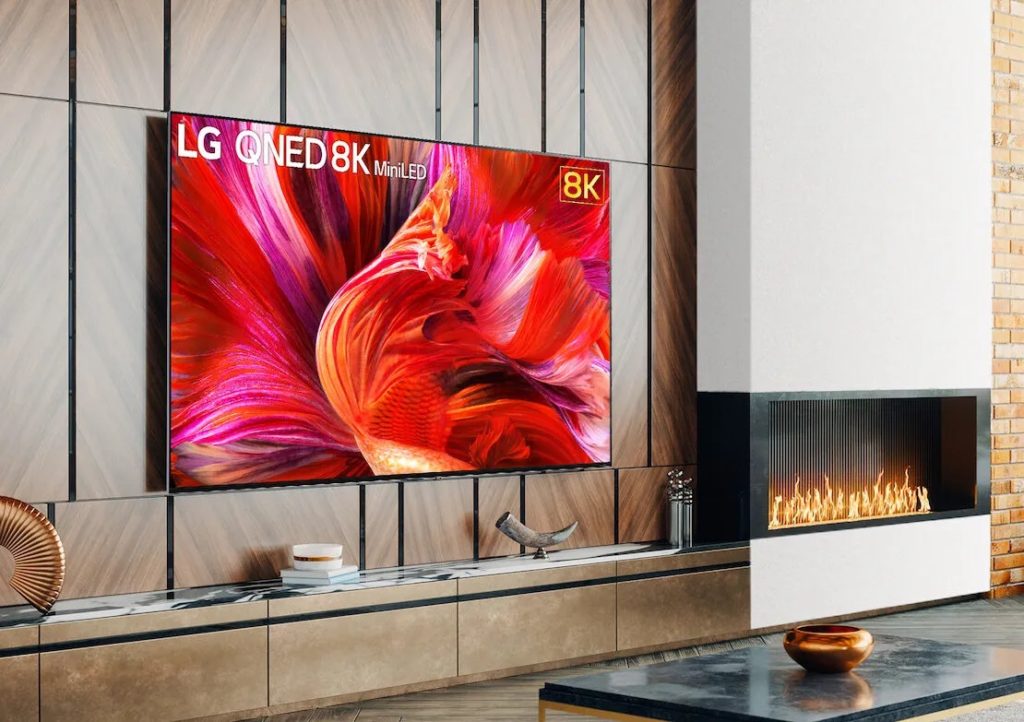 QNED is a display technology from LG that is intended to rival or be at par with QLED technology from Samsung. QNED is an acronym for Quantum Nano-Emitting Diode. It was during last year’s CES 2021 that LG presented this new technology that came in their Mini-LED TVs. It is important to highlight that LG also has other types of TVs such as their NanoCell and their OLED TVs. All these come at different price points and with slightly varying features.

Currently, all LG Smart TVs come running LG’s in-house webOS operating system which is less popular than the more widely used AndroidTV and Google TV. Despite this, LG still manages to maintain a decent market share because of its reliability, quality, and competitive pricing. Why did they need to introduce QNED? Well, in the very competitive TV market, you need to continuously evolve by developing and introducing new technology. Thus in this post, we will look into what exactly QNED is and compare it to OLED and Samsung’s QLED.

What is QNED TV Technology?

As you can probably tell from the name, LG’s Quantum Nano–Emitting Diode is a combination of their Quantum Dot and NanoCell technologies coupled with their Mini-LED backlighting. Mini-LED backlighting offers about 2,500 dimming zones which are enabled by up to tiny 30,000 LEDs. The main benefits are much better contrast ratios as well as improved peak brightness levels. As earlier highlighted, QNED is quite similar to QLED. This is because both technologies use quantum dots.

Quantum Dots are semiconducting nanocrystals that produce a wide range of colors. One reason that LG decided to go with QNED instead of the more familiar and common QLED could be that they needed to stand out from other brands. Another more probable reason is that LG’s QNED incorporates the more color-accurate NanoCell technology. NanoCell technology is also very good for viewing from wide angles while maintaining color accuracy.

QNED and QLED vs OLED, Which is Better?

By their own admission, LG acknowledges that OLED is a superior TV display technology as compared to QNED. OLED has been around the block much longer than QLED and QNED and still manages to be better than those newer technologies. The main feature that makes OLED king of the industry is its fully independent dimming control. Recall how we said that QNED TVs have many dimming zones. Well, both QNED and QLED still use LED bulbs that can only be dimmed and not turned off.

On the other hand, OLED uses organic carbon-based materials that can be turned off completely. This fact that OLED displays can turn off individual pixels is why they are known to offer the best blacks in the industry. If you are shopping for the best TV and money is no object, go for an OLED TV. But if you are on a budget you may want to consider QNED and QLED TVs. They are very good value for money, and there is nothing better than having options.

Is There One We Can Recommend? Definitely!

If you are shopping for your next TV, you will notice that LG has many QNED TVs on their website which will generally be cheaper than OLED models. A challenge for the average buyer will be the variety of options and features that will be tagged to each Quantum Nano-Emitting Diode TV listed. To offer some guidance and to help you narrow down your search, consider the QNED Mini-LED 99 series. This is a great option that starts at just under the $2,000 price point.

It is a very reasonable price for a 65″ TV supporting 8K resolutions at 120Hz. Though there is a limitation to the quantity of 8K content available. It is a nice way to future-proof yourself when 8K content becomes widespread. The best part is that in the meantime, this TV can upscale both 1080p and 4K content to 8K.

Have you been using a QNED, QLED, or OLED TV? Kindly share the good or the bad with us through the comments section. Or if you are shopping for a new TV, which technology are you willing to go with, and for what reasons?