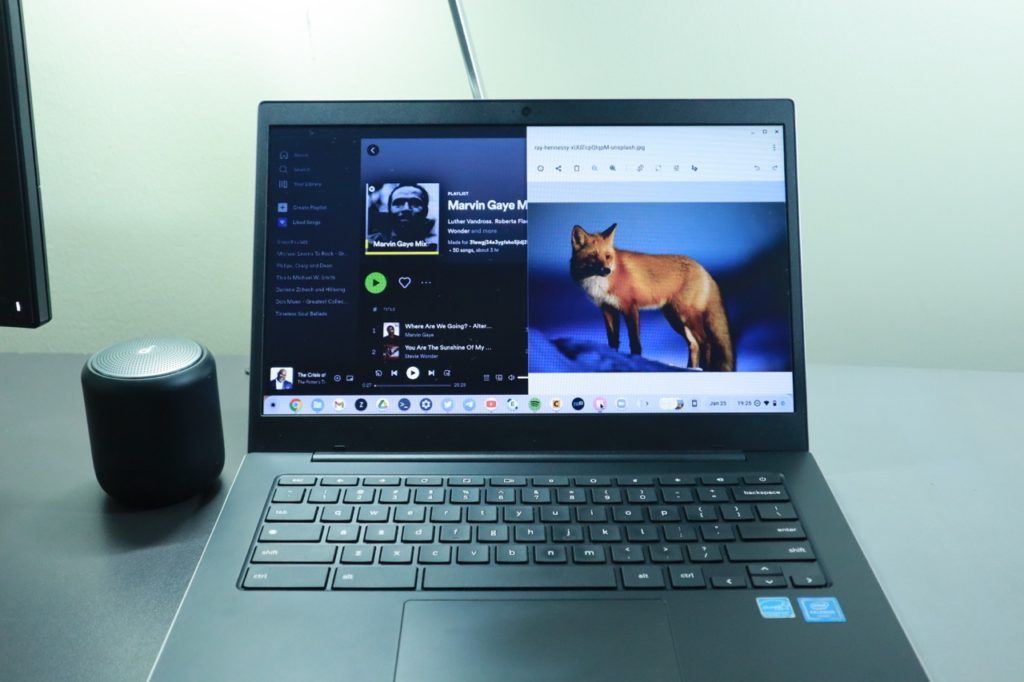 Enabling Split screen on Chromebooks is incredibly easy. Say you want to browse through some files and folders using the Files app while at the same time viewing some images on the Gallery App. You can achieve this in a number of ways;

Snapping Application windows to the edge of the screen

The easiest way to activate a Split screen between two applications is to drag the apps to the edge of the screen and then snap them in place halfway each. For instance, if you want to split screen the Files and the Gallery App, using your mouse, drag the menu bar of the Files App right to the edge on the Chromebook monitor on the left and release.

Another easy way to achieve Split screen on your Chromebook is to use the Maximise button of your Application window. Taking the example of the Files and Gallery Apps, to Split screen these apps, click and hold the maximize button of the Files App. The app will instantly resize halfway to the screen on the left. Do the same for the Gallery App. It’ll split halfway on the right.

Another way to quickly achieve a split screen between two Applications is using shortcuts. Taking the example of the Files and Gallery App, simply click on the Files App and press Alt + [ to split the windows on the left side or Alt + ] to move it to the right. Do the same for the second application in this case the Gallery App and press Alt + ] to split it on the right. This is faster for superusers and keyboard warriors.

If you are done with Split screen and you no longer wish to have two applications side-by-side on the screen, you simply click on the maximize button of whichever application you wish to take up the whole screen again. It’s that simple.

Alright, I hope this was hopeful for those who like to multitask on your Chromebook in this way.