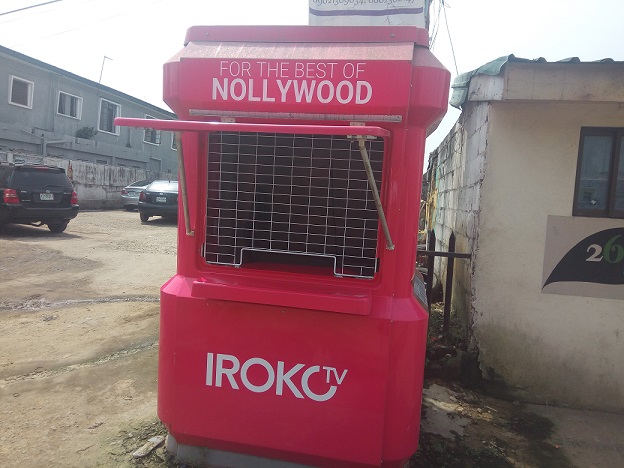 In my Dad’s generation, they only had one  and only screen — the TV — and it showed black and white pictures. Even though things began to look up by the time I was born with fully colored-screen TVs, 20 years ago people only had one screen to watch. Now in the 21c, a TV is just one of the several options that demand our attention. Computer, Laptops, Ultrabooks, Tablets, Phablets, Smartphones and Smartwatches are all options through which you consume information today.

This is one of the reasons Multichoice, a Naspers-owned company which has been running satellite Pay TV services across Africa for decades launched Showmax last year. Showmax is a video-on-demand service targeted towards the mobile connected generation that doesn’t see TV as the primary source of information or entertainment. Naspers launched Showmax just last year to well over 36 countries across sub-Saharan Africa with packages starting for as low as $7.99 per month.

Africa is largely touted as a mobile-first continent. GSMA estimates that there were 555 million unique mobile subscribers across Africa and this number is expected to increase to 725 million by 2020. Meanwhile, DSTV which uses satellite technology and dishes is estimated to have a subscriber base of only about 10 million users.

While Showmax had plans of dominating the entertainment space on the continent, Netflix an American video streaming entertainment company launched across the world at about the same time.  Accessible through Apps installable on PC, tablet, smartphone, consoles such as XBox or Play Station and your Smart TV, both Netflix and Showmax seem to have similar models and similar strategies of gaining marketshare across the continent. Both Showmax and Netflix seem to treat African market  as simply complimentary or growth markets rather than their targets. For instance Naspers seems okay with with its satellite pay TV service well as Netflix is already huge in the US and European markets.

This is where iRokoTV comes in. Launched in 2011 which is much earlier than Showmax or Netflix, iRokoTV has been dubbed as the ‘Netflix’ of Africa, and is the world’s largest legal digital distributor of African movies commonly known as Nollywood. Much like Showmax or Netflix, iRokoTV uses mobile and web platforms to stream over 5,000 titles to users in Africa and in the diaspora. The company also  enjoys content distribution deals with YouTube, Dailymotion, iTunes, Amazon and Vimeo.

Being an early entrant into the market has given iRokoTV enough time to learn about the market and innovate quickly. For instance, in June 2015, iROKOtv CEO and Co-Founder, Jason Njoku announced that they would only be streaming content through mobile App and the website would be shut down. Jason justified the decision based on the fact that 76% of traffic was coming from mobile. New users from Africa would be directed to download the App while old users would still continue using the desktop version of the site.

Internet continues to be a big hurdle for online streaming services considering the continent has one of the highest data tariffs. That’s why in April 2015 iRokoTV went offline by signing a content deal with Startimes , a Chinese satellite and digital TV provider that has a wide footprint across Africa. iRokoTV launched two new channels — iROKO Play and iROKO Plus on StarTimes Basic and Unique bouquet.

Related post: iROKO Plus set to launch on Startimes this May on the Unique bouquet

But iRokoTV isn’t really running away from the big elephant that slow internet connections and high data rates is. On 1st Feb 2017, the company is launched a Data-Free download feature on its App where users don’t need internet connection to stream video content. How it works is that iRokoTV subscribers will be able to download content without the internet from the iRoko kiosks scattered around Lagos — like the Mobile Money Kiosks.  It’s like you sharing a video file with your friend from your phone using either Bluetooth or WiFi direct, except this time you’ll be doing so with an agent at iRokoTV Kiosk. Of course the files have Digital rights management (DRM), so cases of piracy will be minimal.

Even though iRokoTV is tackling internet video streaming challenges in unique ways, it has faced problems of scaling across Africa. In 2014 Jason announced his company would be expanding here in East Africa, however, there’s barely any iRokoTV market presence locally. Slow internet and expensive data plans have caused competitor services such as MTN’s VU to shutdown in South Africa. Even though relaunched and re-branded as DEOD by Discover Digital, the company which operated the service, there’s no guarantee that DEOD won’t suffer the same fate. Where as mobile internet speeds are getting faster now that 5G is on the horizon, whoever handles the current challenges of slow and expensive data will come off as the winner of video-on-demand wars in Africa.

One thought on “iRokoTV vs ShowMax vs Netflix: How iRokoTV will beat them all to  the online video streaming space ”