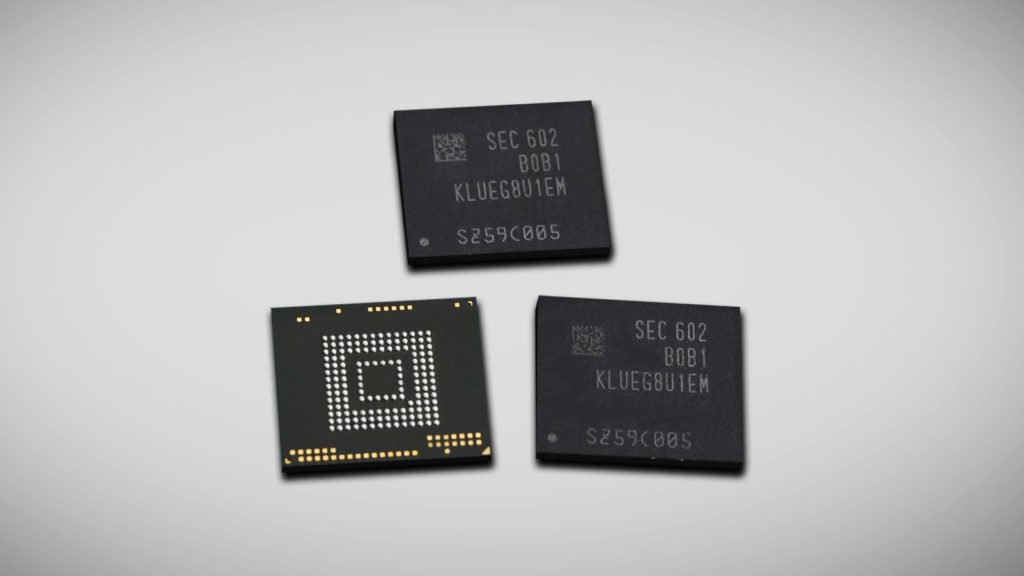 If there is anything these past two decades have taught us about technological advancement, it is that there is always a demand for more. This creates a need to create better products to keep up with these demands. There were times when you could not even imagine a smartphone without keypads or a digital library spanning hundreds of gigabytes.

The development of faster connections has increased media consumption with high resolution and also advanced phone cameras to make it. You can now record 4K resolution videos on smartphones as well as download large files in minutes.

The new generation of phone storage has evolved so much and has gotten better in terms of storage capacity, efficiency and speed but the foundation is still very much the same. Since both eMMC and UFS are a type of flash storage, It is only ideal we understand what flash storage is.

Read More: What to look for in a smartphone: A smartphone buying guide

This has arguably been the medium of storage for mobile phones in the scope of file storage. Flash storage is a non-volatile form of storage that can be electrically erased and reprogrammed. A chain of events starting from 1959 when Mohamed M. Atalla and Dawon Kahng created MOSFET ( metal-oxide-semiconductor field-effect transistor). Later on, Kahng modified it into the floating gate MOSFET in 1967 with the help of Simon Min Sze.

Later, the development resulted in the memory cells used in early types of flash storage which are both programmable read-only memory (PROM). There was also erasable PROM (EPROM) and electrically erasable PROM (EEPROM). For them to be reprogrammed, both the EPROM and EEPROM have to be completely erased.

All of this lead to the development of flash memory in the 1980s — which is modeled on EEPROM. At this time, flash memory included the NAND and NOR flash memory. These two can be referred to as the raw flash memory type and were the forms of storage for mobile phones at the beginning.

While NOR flash gives random access to any location on the memory where a single byte of data can be read/written at a time, NAND flash memory can be erased/programmed in blocks (a block is thousands of bits).

Due to the block erasing and reprogramming style of NAND flash storage, it deals with a lot of data, making it the go-to large storage option rather than NOR storage type. Also, you have one or more flash memory chips containing numerous flash cells when it comes to flash memory devices.

As the number of bits per cell increases, these happen:

This makes SLC NAND flash the fastest but it has a smaller capacity limit and is more expensive to make. Also, MLC results in higher bit error and a smaller erase/program cycle. In the early 2000s, the idea of large storage was a 64MB stacked MLC flash memory device.

Furthermore, NAND flash memory was used to make the first removable memory card which was SmartMedia. Also, other external storage card like SecureDigital, xD card, MultiMediaCard and Memory stick are all bases on NAND flash memory.

As flash memory tech got better, new standards were formed and eMMC introduced by MultiMediaCard Association (MMCA). This was formed to be a smaller embedded version of MultiMediaCard which developed back in 1997. Fast forward to 2006 when eMMC was introduced by MMCA, Secure Digital (SD) cards had pretty much cornered the removable storage market.

The eMMC standard is an embedded NAND flash storage with a flash memory controller similar to the SD card but non-removable. It is made into a small ball grid array with the interface circuit embedded on the circuit board of your smartphone. The major difference here is the added controller which manages data distribution and reliable writing to prevent data corruption among other things.

MMCA later handed over the rights for all its standards to JEDEC in 2008. To achieve high bit density or large storage size, your eMMC will likely have MLC. However, the memory controller can harness the speed of single-level cell by using a pseudo-SLC (pSLC) partition to process powerful tasks.

At the moment, eMMC is the most used storage option in smartphones all over the world. As far as performance goes, it has been able to progress from sequential read speed of abput 140MB/s on eMMC 4.5 to 250MB/s on eMMC 5.1.

SEE: What is an “AI camera” in Smartphones?

UFS has flash storage right in its name so its obvious it cut from the same coat as eMMC. Although, it a more advanced flash memory device and offers better performance. UFS is set to succeed eMMC as the go-to storage option for mobile phones and you can say it is the future of mobile phone storage.

Like eMMC UFS also makes use of NAND flash memory and a controller but with an entirely different architecture. The development of NAND technology has made advancement in flash technology possible.This brings us to the current generation of NAND flash called V-NAND/3D NAND.

At first, the ordinary NAND memory cell was based on te floating gate structure as explained earlier. However, V-NAND uses a charge trap flash architecture which was introduced in 2002.On the other hand, the commercial manufacturing of V-NAND flash devices did not happen until 2013. This is the latest and most powerful as far as flash tech is concerned. and it offers impressive speed and consumes lesser power.

The ‘V’ stands for vertical because the flash memory cells are aligned vertically which lowers production cost compared to the regular NAND arrangement. V-NAND also lasts 10 times more than your regular NAND with more bit density to allow for larger storage size. You can read more about V-NAND here.

Back to UFS and eMMC, there are a number of difference between the two besides one being the futuristic version of the other. Why is UFS faster and what makes it the better option between the two?

UFS and eMMC: A quick comparison

As fas as phone storage are concerned, eMMC and UFS are the only ones in play. Apart from using M-PHY electrical interface developed by MIPI alliance which contributes to fast data speed, UFS has two major advantage over eMMC.

At the end of the day, the cumulative differences between this two storage options become increasingly glaring with more recent versions of UFS.. The recent UFS 3.0 shows a x2 sequential read speed over its predecessor UFS 2.1 and is about 8 times faster than eMMC 5.1. This will significantly improve the performance of mobile phones and still keep power consumption low.

The last time a new eMMC standard was introduced was back in 2015 which means no significant development has been made. On the other hand, two new versions namely UFS v2.1 and 3.0 have been since then with each version getting far from the best eMMC (v5.1).

Recent applications now require fast processing speed more than ever especially graphic-intensive games. However, budget smartphones don’t have UFS and you will have to look to high-end to the upper mid-range category to find them.