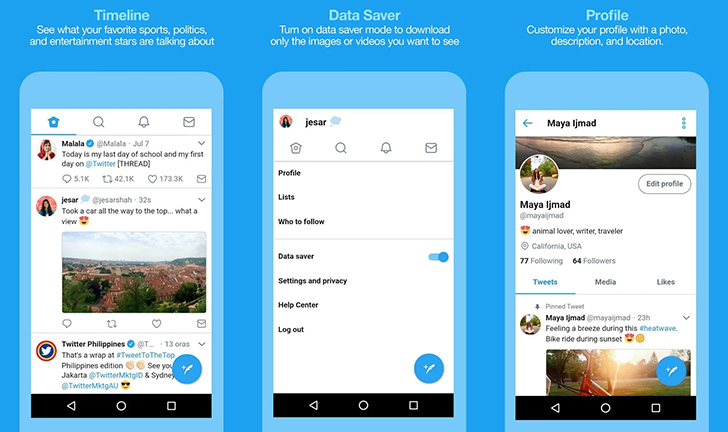 Android as a platform is very vast. It spans all the way from the super-budget market segment to the super premium, complete over-kill market segment. Naturally, it would be dumb to adopt a one-size fit all approach in providing for this segment. It seems as though everyone is waking up to the fact that not everyone has a phone powerful enough to run their native apps straight up. Facebook and LinkedIn have for years, and months, respectively, been offering a watered down, barebones version of their native app, meant for the less powerful devices and also to work well in slow networks. Facebook even has a lite version of their Messenger app.

In March of this year, Twitter Lite was launched as a Progressive Web app too that was also meant to serve this very purpose. Other than it being a significant upgrade to the mobile site, it included a lot of features that had until then only been available in the Native app. This, however, turned out to be a little finicky to deal with for most people. Then comes today, Twitter has packaged the Web App into an app that is currently available in testing as a Lite version of their app on Android. At less than 1MB in file size, it is clearly meant to play nice with the lowest of budget phones with barely any power to push anything bigger.

The report further goes to explain how the app is an experiment and that the company is still evaluating the prospects of bringing it to mass market.

For those of us not in the Phillipines, we take solace in the fact that the app is identical to the Progressive App version available on many mobile browsers through Twitter’s mobile site. Android being, well, Android, you can sideload the app if you really want it. Head on to APKMirror here and grab yourself the apk and install it on your Droid.