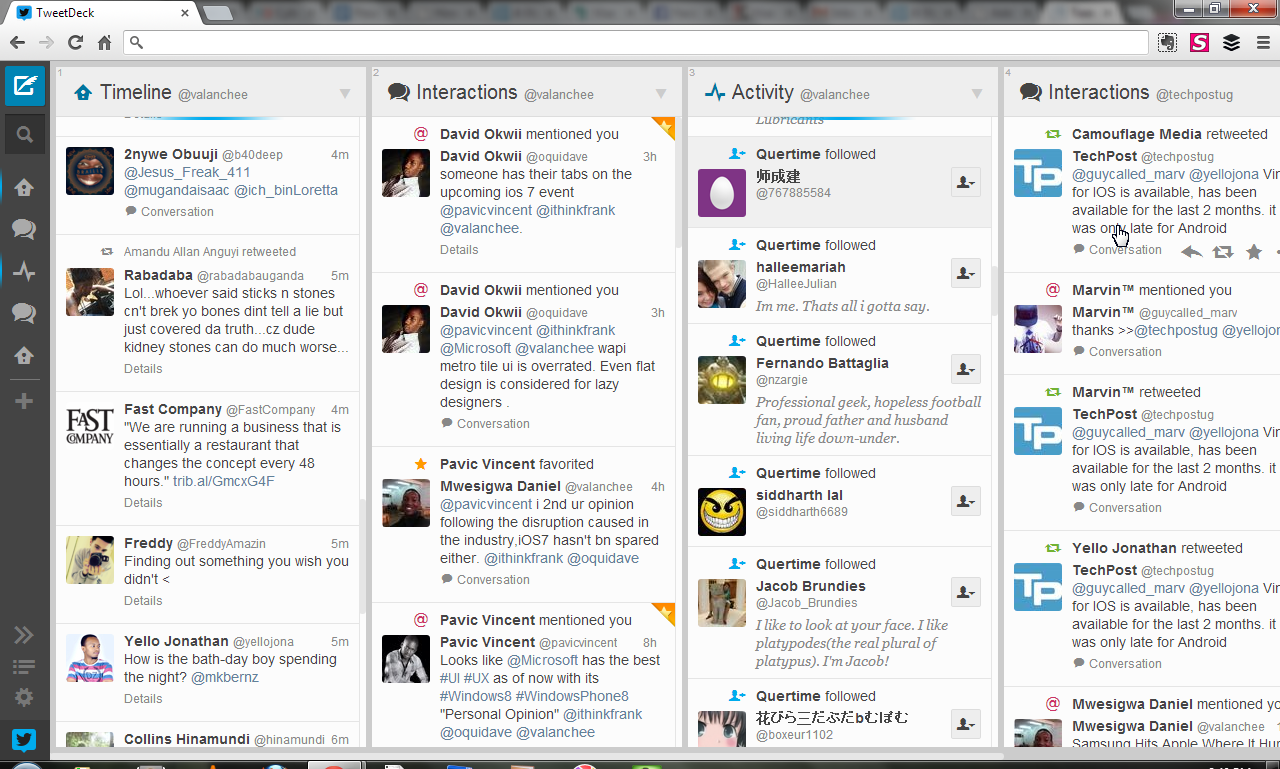 The Flat design philosophy has not spared big wigs in the Tech industry after being popularized by Microsoft’s Windows 8. The redesign by Twitter’s TweetDeck app took effect in Chrome and is forthcoming updates in Mac and Windows. This follows TweetDeck’s discontinuation of support to Facebook.

The redesign feels so fresh and the fluidity is impulsive to the eye. The navigation tab’s — located vertically on the left side — overhaul is on point and may encourage  less or no usage of short cut key, such as; numbers to identify columns or letters to type new tweet or retweet.

However, Gizmodo caught Twitter off-guard in a live update session that had commentary of procedures to be followed when updating. Just like how an news anchor would be caught unaware. Fumbling ensures, albeit awesomeness of the rehearsed and pitch perfect production.

We will update this article.