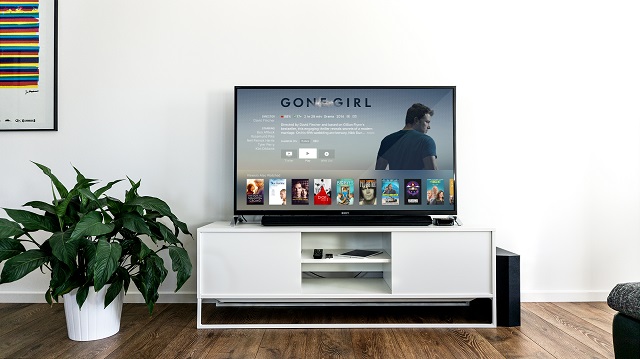 Smart devices are becoming an increasingly common sight in many venues including people’s homes and places of work. In homes, smart devices have been cautiously accepted in the form of s,mart TVs, Amazon Echo and to a lesser extent, Google Home voice assistants. The way that these voice assistants work requires them to listen to us all the time. Fortunately as you would expect from businesses of their stature, both Amazon and Google have invested heavily in security. But what about you’re smart TVs? Are manufactures doing enough to strengthen smart TV cyber security?

Sure, Samsung and co know what they’re doing when it comes to smart TV cyber security. However, the stakes aren’t as high for a TV as they are for a voice assistant that “lives” in your bedroom. Consequently, smart TVs and some home devices are often much more unprotected than other devices on your network.

Devices in a smart home are often linked to personal bank accounts or social media accounts, or other personal information. This means that unauthorized access could result in personal information becoming public. But what about your smart TV? What kind of security threat does it pose?

Well, some smart TVs contain built-in cameras and microphones. The right exploit could potentially allow these to be turned on and off or set to record without the owner knowing. The issues caused by a weak link in network security will be felt far beyond the device itself. Sometimes, the attacked device is very unlikely to be the target. However, it may be used to reach the ultimate goal of gaining access to your connected home network.

Once it is discovered that a particular internet of things (IoT) device has a vulnerability that can be exploited, news tends to travel fast. The greater part of the cyber security community becomes aware of the exploit each time it’s found and exploited by malicious actors. At this point, it’s up to public pressure or the loss of professional reputation to provide the impetus for a firmware update.

A shocking number of smart device manufacturers don’t release security updates to their products, even when serious exploits are revealed. This is why it’s crucial to vet the businesses behind the smart devices that you allow into your home. Make sure you understand their privacy policy and how they will protect your data.

While these weak points in smart devices continue to exist, they represent a means for an attacker to gain access to your network. Therefore, if the manufacturer isn’t updating the products, any network that includes that model is potentially vulnerable. Because smart TV cyber security isn’t as tight as other devices, it creates a loop hole in the entire network.

Mind what you plug in.

One of the most sought-after features in a smart TV is the possibility to insert USB sticks and connect other devices to play media from them. Many people set their smart TVs up to be able to access the user’s entire home network. This is useful for providing quick access to the files you need.

Read More: 5 must have features to look out for before buying a smart TV

However, from a security perspective, this creates a few problems. First of all, it means that if an infected USB stick is put in your TV, it could provide access to your entire network.

A virtual private network (VPN) is a handy tool for any internet user to have. If you’re adding smart devices to your home, it’s an excellent idea to add VPN capabilities to their connections whenever possible. Many attacks against remote networks that use an exploitable IoT device as a point of entry can do that by searching for the IP addresses of vulnerable devices.

Read More: What is IoT or Internet of Things? A brief insight

A virtual private network will encrypt your internet traffic so that even your ISP won’t know what smart-home devices you are using at your home. If an exploit for your smart TV were to be discovered, you would be kept safe by the difficulty that the attacker would face in identifying that you owned such a device.

Read More: These are the simplest ways to connect a Smart TV to the internet

Of course, the full story is a little more complicated, but the most effective way to protect your smartphone network is to install a VPN on your router. Doing this will ensure that all your internet traffic goes through an encrypted communications channel to another server before being passed to its final destination. This prevents potential attackers from identifying weak points in your network.

Securing your smart TV is a sensible and important step to take. Not only should you secure your home network anyway, but you also need to account for the additional challenges posed by relatively insecure smart devices when formulating an overall plan.