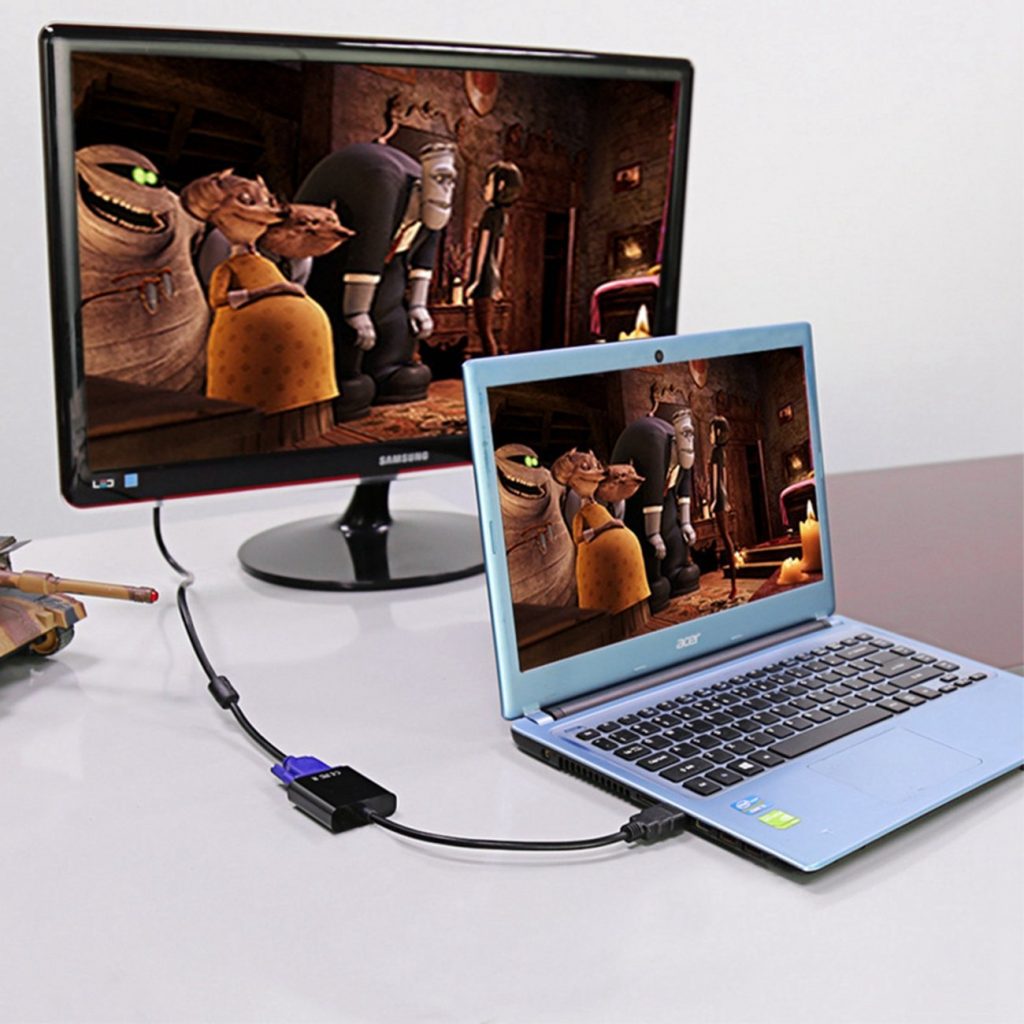 Video Graphics Array (VGA). Yes, they have beautifully served their purpose for decades, allowing us to project almost anything to a bigger screen. However, because things change, and we have to move on to new technological innovations, VGA is fast becoming a thing of the past. HDMI and other forms of digital connection formats have replaced VGA on laptops, desktops, TVs, gaming console, and pretty much anything that used to sport a VGA port. Asides from the fact that these new connection technologies are better for the transfer of video and audio signals between devices, they quickly became manufacturer’s favorite because they served as a thickness-reduction solution on laptops, TVs and other gadgets.

However, because the VGA interface has been an integral part of our past (for almost 3 decades), we cannot totally erase it just yet. So even if all modern-day laptops and Smart TVs now rock HDMI ports, we are sometimes forced to return to our roots. Say you are in a conference room where you have to present some slides to an audience and you discover that the projector uses a VGA interface while your laptop, an HDMI port. Or perhaps you have an old VGA-only compatible TV or monitor you would love to project a movie onto but MacBook comes with a HDMI port. There are a couple of other real-life scenarios that may require you to make a connection between a VGA monitor and an HDMI port.

How to connect a VGA monitor to an HDMI port

There are two ways to go around this compatibility problem though: 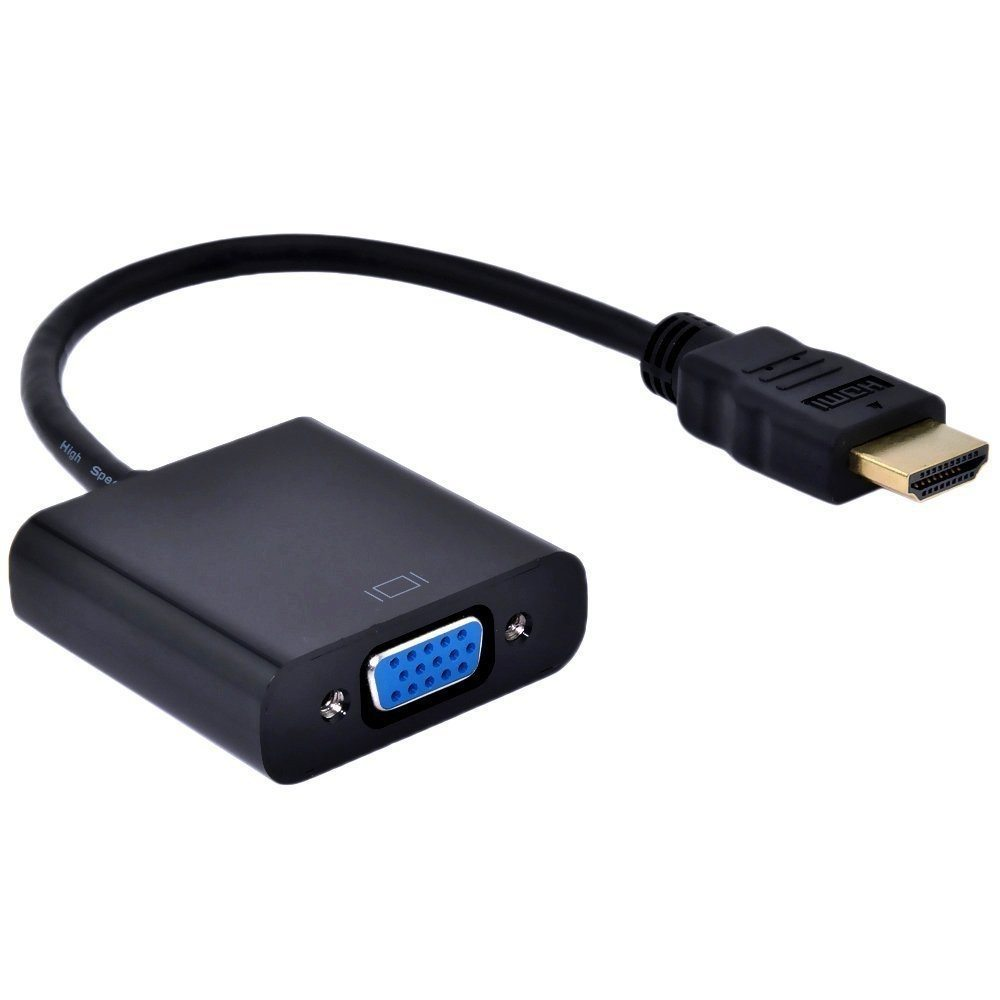 This is an affordable accessory that cost less than $10. This adapter allows you send signals from your HDMI desktop or laptop to (old or new) monitors with a video graphics array (VGA) interface. Using direct HDMI-to-VGA adapters have its limitations though.

The HDMI interface allows the transfer of both audio and video signals via a single cable while VGA support the only video signals. This means that using a direct HDMI-to-VGA adapter/cable will only send video signals to your VGA monitor; no audio.

If, however, you need to send both audio and video to your monitor from your HDMI device, you can use the second method below. 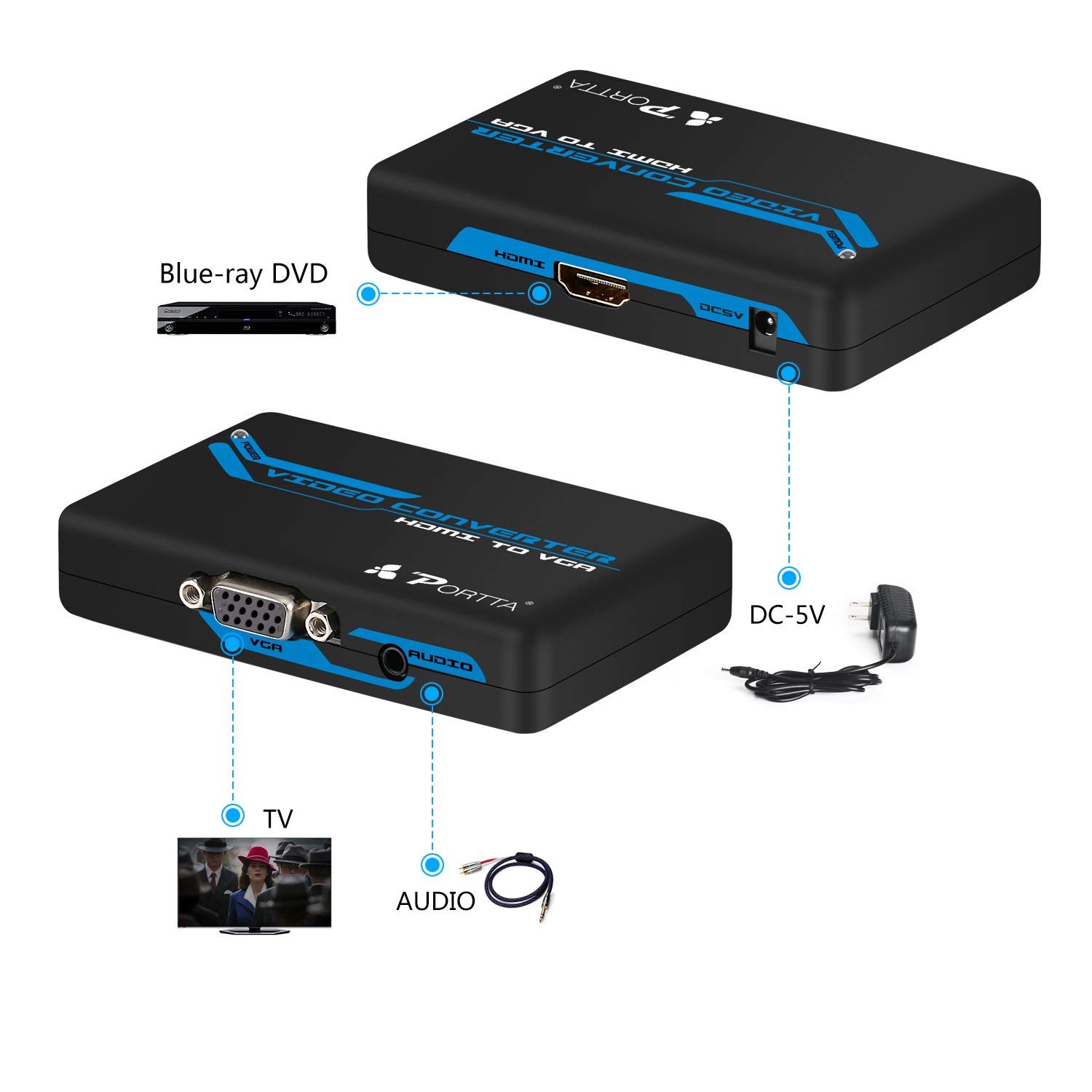 Also called a “Scaler”, a Converter differs from an adapter in that it has the capability to send both audio and video signals. In addition to having a HDMI and VGA interface on each ends, these converters usually have either an audio or USB cable for sending audio signals. For converters without a DC jack, the USB cable can also be used to power them. 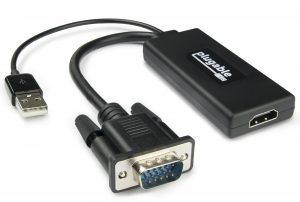 HDMI to VGA connector with a USB cable

To add, HDMI-to-VGA converters are also affordable but generally cost more than adapters.

Despite allowing the transfer of both audio and video signals between new-age laptops, notebooks, consoles etc., HDMI-to-VGA adapters and converters come with some restrictions:

The highest supported resolution of VGA is 800 x 600 pixel while HDMI can go up to 3820 x 2160 pixels. If, however, your computer sends video signals from a HDMI source to a VGA input, the displayed resolution will be scaled down to the maximum capacity of VGA (i.e 800 x 600 pixels).

2. Using sub-par or substandard cable may lead to loss of video quality. This guide on how to buy HDMI cables should help though.

However, despite the limitations, there’s no doubting that HDMI-to-VGA accessories come in handy whenever you need to project multimedia files or other documents from your new laptops to bigger screens with VGA input interface.