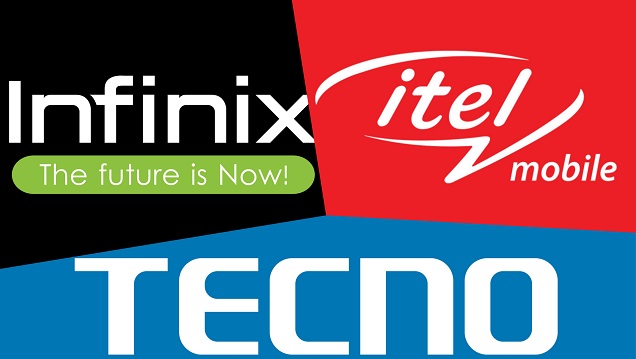 2018 only has a few days left to offer. Chinese brands like Tecno, Infinix and Itel have once again made huge strides in the smartphone industry with multiple smartphone releases. Now that 2018 is (almost) done, it is time to start thinking about what comes next from the three Chinese brands. What should we expect from Tecno, Infinix and Itel in 2019?

Transsion Holdings Limited (parent company of Tecno, Infinix and Itel) has been a major manufacturer of Android devices for the African continent. They have an irregular routine of launching smartphone iterations due to many smartphone lines on their brand portfolio.

The launch approach has changed more this year due to stiff competition and encroachment from the likes of Xiaomi which offer affordable devices too. Here are a few things we should expect from Tecno, Infinix and Itel in 2019.

2018 has seen both Tecno and Infinix forfeit launches of their top of the drawer flagship devices i.e. Tecno Phantom and Infinix Zero. Even though they have dished out a couple of petite offering, we missed the top-notch devices.

We applaud Tecno (6 new devices in 2018) and Infinix (5 devices in 2018) for the multitude of affordable offerings. While we love the idea of having seemingly limitless options of devices to choose from, we’ll take quality over quantity any day. Therefore, flagship lines ought to receive improved iterations almost annually.

Starting with build materials, Infinix tested the waters in June 2018 with the Infinix Note 5. The Note 5 was touted as Infinix’s first major Android phone built with glossy plastic design. While the design of the phone was not a huge departure from other Transsion Holdings devices, the glossy finish made for a more premium feel over the typical plastic offerings.

We expect at least one device from the either Tecno or Infinix (since Itel is mostly low-budget) to sport real glass and metal materials. This will make for a slightly higher price but premium look and feel.

This year, Infinix released the Note 5 which is part of Google’s Android One project. This means that it receives prompt security patches and software updates straight from Google. This is just the second attempt on Android One by Infinix.

However, we expect the move to spread to Tecno while Itel takes on more and more Android Go devices. Because of the advantages of Android One, it has brought the notion that the Note 5 is the phone that Transsion Holding brands should lead off from in future flagship devices.

Related: What is Android Go and how different is it from Android One

Adding a display notch to an Android phone may not be a new concept, but the affordability of these brands brings high end features to the low budget consumers. Of the three brands, Infinix gave the first attempt to the viral notch design with the Infinix S3X. However, the notch implementation here seemed more experimental compared to what was available on market. Tecno gave a shot to the notch with the Camon 11 and Camon 11 Pro which was better looking and didn’t compromise app usability.

We expect more notches to come on 2019 Tecno, Infinix and Itel devices. They will be better than what’s on the S3X and Camon 11 duo. They might take different shapes like those announced by Samsung. However, we may be quite a long way from a truly bezel-less device from any of these three brands.

2018 has seen the rise of smartphone with not only single, dual, triple but quad camera set up with even rumors of a penta-lens camera setup on the Nokia 9 PureView. Multiple cameras have become the new normal and we think Tecno, Infinix and Itel will take on this trait in 2019.

These brands have a history of replicating working traits of the smartphone world and offering them to consumers on a budget. Don’t be surprised when you hear of a triple rear camera device from them next year.