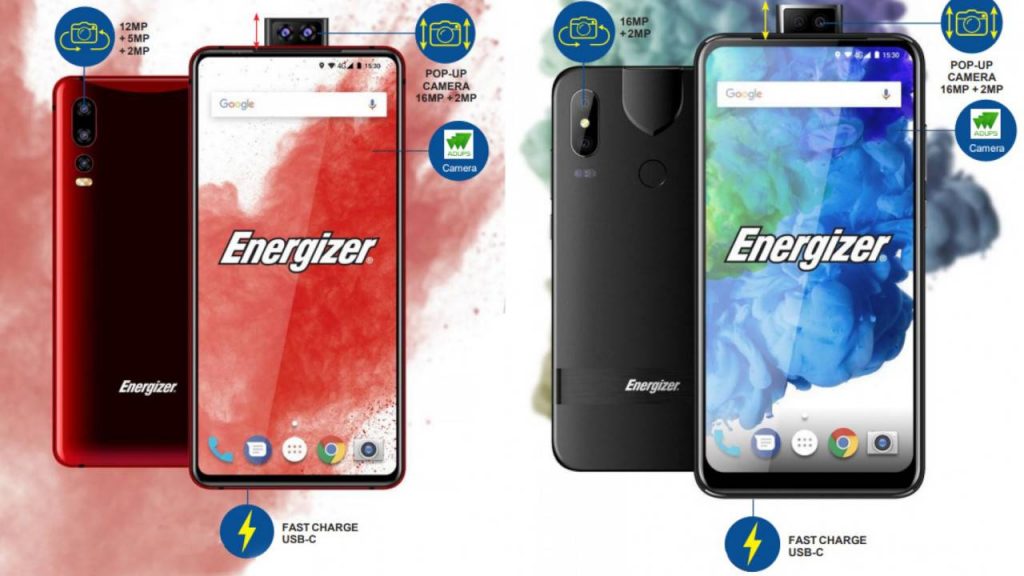 It is not the first time we’re seeing smartphones from mainstream brands. The 2016 Kodak Ektra, Pepsi’s smartphone in China and a bunch of other impractical devices. More realistically, we’ve seen Porshe Design Huawei devices and more recently the OnePlus 6T McLaren Edition.

In another odd-licensing venture, Energizer, yes, the company behind the batteries you see on TV adverts, is working on a couple of smartphones that are set to debut in this year’s Mobile World Congress in Barcelona be more specific, It’s planning to release a whopping 26 models at the convention.

Neither of the devices are set to be high-end so they won’t be taking on the Galaxy S10 or anything like that.

Of the expected devices, two are expected to spot pop-up cameras, kinda like what we saw with the Vivo Apex last year.

Other things we expect to see from Energizer is a device with an 18,000mAh battery cell. Isn’t that quite the headline!

Whether flooding the market with 26 new smartphones is a strategy that will prove successful for Energizer will remain to be seen after the launch at the MWC2019.