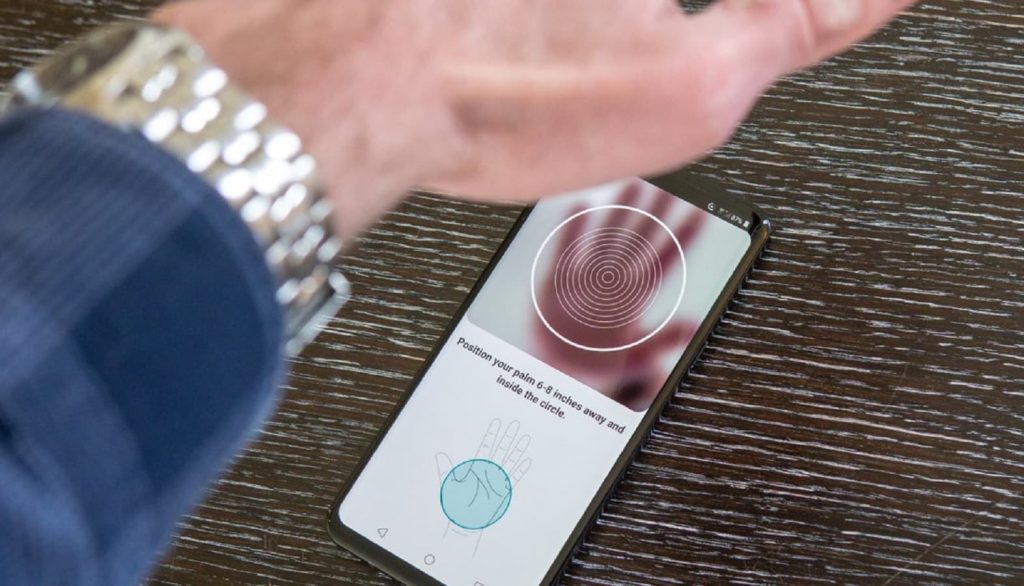 Truly, security is one aspect of smartphones that have undergone massive developments over the years. Fingerprint sensors arguably marked the beginning of biometric authentication on smartphones but iris scanners, voice authentication and facial unlock have also keenly followed suit. Popularized by Apple in the form of Face ID on the iPhone X two years ago, facial unlock was the last form of advanced biometric. Now, at the recently concluded Mobile World Congress (MWC) 2019 event in Spain, LG Technology unveiled a new flagship device with an advanced form of biometric authentication called ‘Palm Unlock’.

From the name of the features, it’s obvious that the technology will allow unlock their devices with their palms and the LG G8 ThinQ is the first device in the world to sport such feature.

Palm Unlock Authentication: What exactly is this?

You know how fingerprint sensors using the unique prints on your finger(s), LG’s Palm Unlock/ Palm ID/ Hand ID (it has a lot of names, really) basically reads the shape, thickness as well as other characteristics about the veins in your palm to unlock your device. Apparently, this method of authentication is effective and secure because the veins in our palms are wired differently. Interestingly, LG maintains Palm Unlock authentication is way more secure than fingerprint sensors.

Although Palm Unlock is sort of an advanced form fingerprint authentication, the unlock pattern is similar to how Face Unlock works. For Palm Unlock, there is no ‘Palm sensor’ but instead, a dedicated Time of Flight (FoT) 3D camera and infrared sensors located beside the LG G8 ThinQ’s selfie camera reads the necessary vein information on your palm to unlock your device.

All that is required of the user is to place the registered hand right in front of the camera (about 6-8 inches away) to unlock the device. Doing this prompts the infrared sensors to emit an IR signal to your palm, extracting a map of your veins based on how the hemoglobin in your blood (a red protein responsible for transporting oxygen in the blood) absorbs the infrared signal. According to LG, the extracted vein map are extremely difficult to beat from a security standpoint.

Just as you can use other forms of biometric authentication to do other activities (lock apps, authorize payment etc.) asides unlocking your device, Palm Unlock is also equipped to do a whole lot of interesting stuff apart from unlocking your device. Depending on how you customize the feature on the device, the LG G8 ThinQ’s ToF 3D camera allows for ‘Air Motion’ gestures.

With Air Motion, you can use your phone without having to touch, hold or lift it up from a surface. Gestures such as waving your hand and pinching the air can be used to increase or decrease your phone’s volume, place a call, change music, taking screenshots, switch between applications etc. If you use your phone a lot while driving or wearing gloves, you might find the palm gestures interesting but…

What are the prospects?

The palm-reading feature of the LG G8 ThinQ is something to get excited about. At the same time, it’s not. Because think about it: does it really hold any prospect? Do you see yourself holding your phone in one hand while waving your second hand at the camera to have it unlocked? For what it’s worth, I think I speak for all smartphone users when I say we all want to operate our smartphone’s the entire day using only just one hand. Imagine carrying a bag of groceries on one hand and your phone on the second, do you want to drop the bag just to unlock your phone using your palm? Or you’d just use fingerprint or Face unlock instead.

To add to that, the Palm unlock technology might be more secure than fingerprint and Face ID — at least according to the manufacturer– but it’s definitely not as fast. In this era of hasty living, consumers cherish speed just as much as security — if not more.

I’ve not had hands-on experience with the a Palm-reading device yet but TheVerge has, and they just as much think Palm Unlock is not sufficient enough to displace fingerprint sensors or face unlock. Reviewing the device at the MWC 2019, Chaim Gartenberg from TheVerge said;

It sounds cool in theory, but in my brief time trying out the G8, neither the palm unlock nor the gestures worked great. It took a lot of hand waving just to get the phone to recognize my palm just to unlock it, and the gestures — which require a complex sequence of placing your hand closer to the phone, drawing it a few inches back, and then making the gesture — were even tougher to do. Part of that may just be my own unfamiliarity with the system, considering that it’s just not a familiar way to use a phone, but after a few minutes with it, I’m not convinced that it’s the kind of marquee feature worth upgrading for.

Again, it’s an interesting feature, really… but it’s not worth upgrading for. And it also begs so many questions: Like Face ID, will Palm Unlock (or Palm ID) live up to its expectations? Will it be the new rave of biometric unlock on smartphones? Is this the next big feature that we should expect to see on upcoming smartphone flagships? Is it even (truly) more secure than fingerprint sensor? Does the future slope towards unlocking and operating smartphones with our palms?

The LG G8 ThinQ is, however, laced with other forms of biometric authentication like a rear-facing fingerprint sensor and an advanced Face Unlock which beats Apple’s Face ID in that its effectiveness cannot be affected by light from external sources and also cannot be fooled with a two-dimensional photograph.

Conclusively though, LG is doing an impressive job. By embedding multiple forms of biometric authentication on the LG G8 ThinQ, the OEM is giving users more smartphone security options to choose from with subject to preference and convenience.