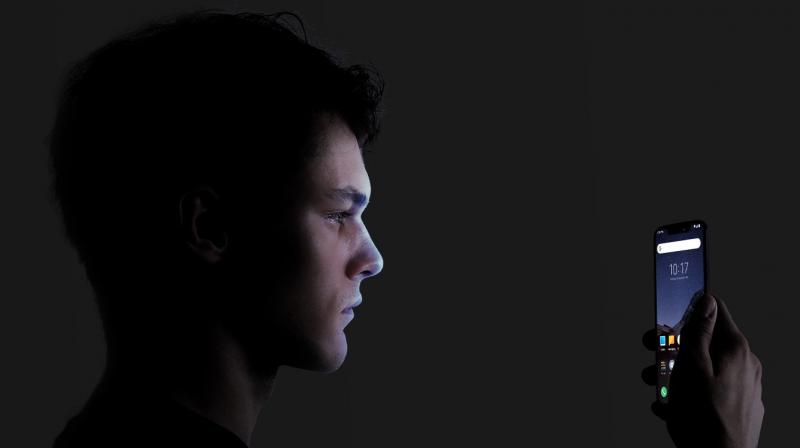 Two years ago, Face Unlock became a thing in the smartphone ecosystem, thanks to Apple’s iPhone X. Now, the biometric authentication security has gained massive traction that almost every smartphone being released by [big and small] OEMs can be unlocked by identifying and matching certain facial properties of the user.

However, while Face Unlock (or Face ID or Facial Recognition or its other variations) is now an integral feature and selling point used by many manufacturers to entice [potential] buyers, many smartphone users are oblivious of the fact that face unlock technology comes in different types; with, of course, varying level of sophistication and security.

We highlight two common types of face unlock technology used by many smartphone manufacturers on their devices, what they are made of, and how they function.

This type of face unlock was popularized by Apple and has since been borrowed by several OEMs. 3D scanning form of facial unlock uses the front-facing camera of your smartphone coupled with some couple of sensors to create a “3D Depth Map” of your face. On the iPhone X, for example, a TrueDepth camera system which consist of an infrared (IR) camera, dot projector, and flood illuminators creates a 3D depth map of a users face using a 30,000 point dot matrix.

These 30,000 point dots — representing unique properties of the user’s face — are used to create a unique 3D model/image of the user which is then used as a reference for future unlocks. The higher the number of point dots, the more secure & accurate the Face unlock system is, and the more difficult it would be for your phone to be fooled/unlocked with a picture.

Apple seems to be the one with the most secure Face Unlock system yet with over 30,000 dots. Huawei too; on the Mate 20 and Mate 20 Pro. Xiaomi (on the Mi 8 Explorer Edition) also analyzes up to 33,000 individual points on the face of a user. Oppo, on the other hand, uses half the number of dots (15,000) as Apple & Huawei while Vivo identifies and saves only a mere 1,000 unique points on the user’s face.

Upon subsequent unlock, the face unlocks the camera system of your device creates a new depth map of your face and compares it with the depth map it saved as a reference. if there’s a match, your device will be unlocked. Otherwise, it doesn’t grant [the intruder] access. Per 3D unlock based on 3D images/depth map, the only way to [consistently] fool the authentication method is:

In fact, Xiaomi claims that the probability of cracking the Face ID on the MI 8 Explorer Edition is like one in one million.

For devices with 2D Face Unlock, only a Infrared camera and Infrared lightning (IR emitter) makes up the authentication system. The major difference between 2D and 3D Facial unlock is the absence of a Dot projector for creating 3D Depth maps.

For 2D unlock, the device’s front-facing or IR camera is used to capture a regular image of the user and store the image as a reference point. Upon subsequent unlocks, the device scans your face and compares with the stored 2D images. If the images are close enough, it grants the user access to the device. When in a dark environment, the IR lighter/emitter illuminates your face so the IR camera can recognize the user.

Although facial recognition using 2D image sensors are relatively faster than 3D unlock, they are however less secure. Unlike 3D scanning face unlock, 2D unlock can be fooled by a printed photo, a video of the users, or by an unrelated individual that looks [almost] like you. Some popular flagships (e.g the Xiaomi Pocophone F1) have been reported to have been unlocked by an intruder because they sport 2D Face Unlock system.

The recent of culprit of a breached 2D face unlock system is the Samsung Galaxy S10. A video of the Galaxy S10 being unlocked by a video of the user has been making rounds on the internet for weeks.

2D Face Unlock can offer lightning fast logins but it can be unreliable and, in some cases, insecure.

Manufacturers might say that your device will learn more features about your face over time, it doesn’t dispute the fact that 3D scanning is way more secure than 2D unlock. Also, if the lightning isn’t enough in dark rooms or environments, the Infrared camera might have difficulties recognizing you.

Which is more secure?

If you have read this far, you most definitely know the answer to this question — 3D Unlock. Using IR depth scanning, 3D scanning uses dot projectors to identify thousands of unique individual facial characteristics of the users. This makes it more secure than 2D unlock which basically compares camera images of the user.

3D Depth-sensing is also the most secure form of facial unlock which is recommended for authorizing online payments. It is more secure, accurate, reliable, and not easily fooled by printed photos or unrelated lookalikes (save for twin). This is why devices with 3D face unlock system are generally more expensive.

One thought on “Types of Face Unlock Technology — 3D vs. 2D”