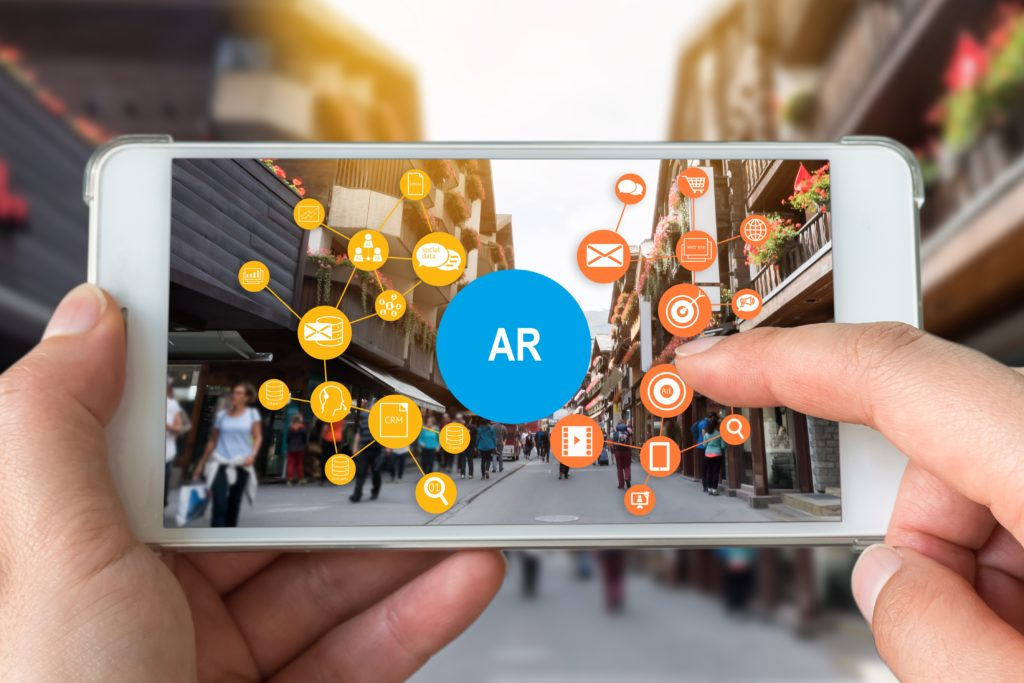 You must have probably seen it in movies where someone is interacting with a computer. The person keeps tapping something that looks like a computer screen but is not physical. That is called Augmented Reality. It keeps the real-world focus, but just adds elements that aren’t really there to enhance the user’s experience. We shall discuss how you can tell whether your smartphone supports augmented reality. But first…

Augmented reality is when digital information is overlaid onto the actual physical world. It is a type of technology that superimposes a computer-generated image on top of your view of the real world, creating a view of the world that merges reality with something that is not.

Augmented Reality places a virtual object in the environment around you, viewable through a lens. Snapchat has augmented reality as one of its features with lens filters.

How AR Works in Smartphones

Your camera uses facial recognition to create a target image so that it can have something to track. It then projects digital information onto the target image. There are many apps you can download right now that utilize augmented reality. Yelp, for instance, has a feature called Monocle that lets you see restaurant reviews and information around you.

ARCore and ARKit are Google and Apple’s respective underlying structures for bringing more Augmented Reality apps to their platforms. They use three basic capabilities to achieve environment creation and interaction. These are; Motion Tracking, Environmental understanding, and Light Estimation.

Motion tracking occurs when ARCore or ARKit uses visual feature points to help map out the movement of your phone. They detect flat surfaces to be used as planes in any specific app in a process known as Environmental understanding. They finally detect the lighting of the environment to provide average light intensity and color at any given camera angle.

Related Article: What is Virtual reality (VR) and how different is it from Augmented Reality(AR)

Technology moves at lightning speed, and one development that cannot be ignored is Augmented Reality. Snapchat is one of the most popular smartphone apps that have taken AR up seriously. Google has also incorporated AR image search into its search engine. You can take photos and have filters added to enhance the photos in real-time. Newer smartphone cameras now come with AR supported and now taking pictures is even becoming more interesting.

AR does not stop at photos alone, it can be used in mobile games like Pokemon. AR can also be used to translate different languages in real-time. So how do you know that your smartphone supports Augmented Reality? This article addresses just that.