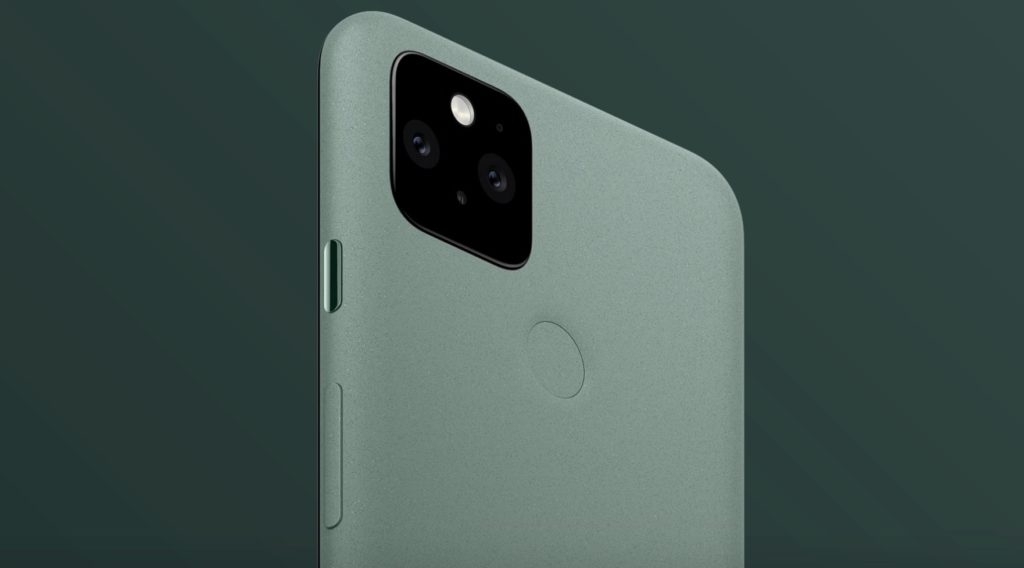 Following long months of wait riddled with rumored features, speculations, and release information, the next-generation Pixel flagship has been officially unveiled by Google. There were a bunch of other hardware device launched (the new Chromecast with Google TV, for example) but the Google Pixel 5 took the center stage.

In the section below, we talk about the most important details of the Google Pixel 5 flagship smartphone: the highlight features, price information, availability, and generally, what we think about the device.

The Google Pixel 5 maintains the minimalistic design you’d find on previous generations of the Pixel flagship. The device is deliberately simple, lacks the flashy stuff but it’s pretty functional. It is available in two color variants (Just Black and Sorta Sage) both of which have a brushed (read: non-reflective) and sturdy aluminum body finish. It’s also worth mentioning that the device has an IPX8 water protection rating.

Segueing to the display, the Pixel 5 sports a 6-inch OLED screen with a Full HD+ resolution (2340 x 1080 pixels). To allow more room for the display, Google streamlined the bezel to the barest minimum by housing the selfie camera within a hole-punch at the top-left corner of the screen. It’s goodbye to the signature top-screen notch, we believe.

According to Google, the Pixel 5 automatically adjusts the display to optimize for the best viewing experience and battery performance.

As you’d expect, the Pixel 5 will ship with the latest Android operating system (Android 11) out-of-the-box. This will run on the 5G-enabled Qualcomm Snapdragon 765G Octa-core processor and Adreno 620 graphic unit.

The device has no external storage (i.e. SD card) support; there’s 8GB RAM and 128GB of internal storage onboard. And that’s the only storage variant of the device that was launched.

As mentioned earlier, the selfie camera is embedded in the display in a hole-punch cut-out. It is an 8-megapixels sensor with Auto-HDR support, Night Sight, and Portrait mode.

The Pixel 5 ships with the same dual 12MP rear-facing camera sensors as the Pixel 4. Unlike its predecessor, however, it ships with a 16MP Ultrawide that lets you capture more scenery and subject when taking photos and videos. Speaking of videos, the Pixel cameras are equipped to shoot up to 4K videos and will add speical Hollywood-inspired cinematic effects to your clips.

The new Pixel flagship will be powered by a 4080 mAh Lithium-Polymer battery, almost twice the capacity of its predecessors. The device charges via the USB-C port and supports USB Power Delivery 2.0. A new and interesting addition is the Reverse Wireless Charging support. Dubbed Battery Share, you can use the Pixel 5 as a wireless charging pad to power other devices that support wireless charging.

The battery is rated to take you through a day’s usage. But with Extreme Battery Saver enabled, Google guarantees up to 48 hours of battery life on a single charge.

The Google Pixel 5 will retail for $699. Pre-order commenced on immediately it was announced on September 30th and it is expected to officially go on sale (in 9 countries) on October 15. A new unit of the device contains the Pixel device, a charger, USB-C to USB-A converter, and a USB-C to USB-C cable.

Looking at the specifications that the device ships with, the $699 price-tag is pretty affordable. You can expect a device this spec’d out from other top OEM to easily sell for about $1,000 or maybe less. It’s also surprising because its predecessor (Pixel 4) costs $799. Newer smartphones are supposed to cost more than older models. Is Google changing things? Are we about to witness a turnaround in the smartphone industry where flagship devices don’t have to cost a arm and a leg?

You can learn more about the Google Pixel 5 on the official product page.