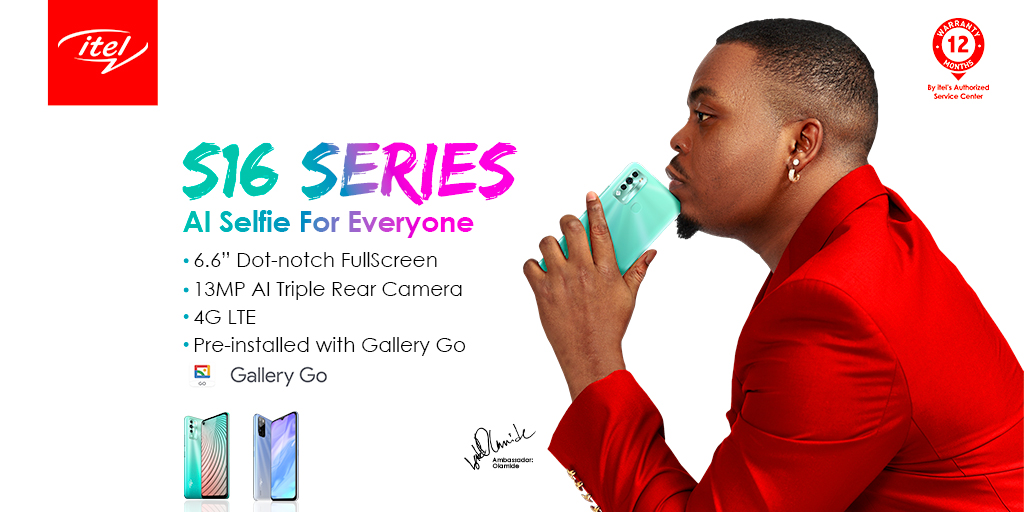 itel Mobile has been working overtime releasing budget-friendly smartphones targeted at low and mid-range smartphone users. A couple of months back, they launched the P36 Series, and it came with decent specifications. However, more recently, the itel S16 and S16 Pro have been launched in Nigeria and it comes with upgrades to key departments.

For one, a big display always gives users an immersive experience while in use. Whether by watching videos, or playing games, both devices will skyrocket your viewing experience.

There’s a significant improvement in the body size of the S16 series smartphones. As it’s much slimmer than its predecessor, the S15. For context, this series is 8.3mm slim, compared to the S15 is 9.2mm slim. There’s also a 2.5D glass covering and a slight curvature at the end of the glass display. All these give the device a great aesthetic look.

The S16 series comes with a real uni-body design with splash-proof and dust-proof features. On the rear, the texture is such that it reduces fingerprints on the back surface.

The iTel S16 and S16 Pro both come with AI triple camera setup on the rear but with slightly different lens configurations. The itel S16 features an 8 Megapixel Triple camera, while the ‘Pro’ model boasts of a 13-megapixel triple camera. Other features of the device’s camera include:

AI 2.0 Selfie: The selfie camera on both devices have been upgraded with the AI 2.0 selfie technology to ensure the production of smarter, clearer, and brighter selfies.

The itel S16 smartphone comes with a 1GB RAM and a 16GB memory to store your files, songs, videos, and so on. As for the S16 Pro, users are provided with 2 GB RAM and a 32GB internal memory for storage.

Both devices in the S16 Series are backed by a 4000mAh non-removable battery. On top of that, there’s also an AI power master feature that helps to optimizes the phone and apps’ performance for extended battery life. According to itel, this feature will help to extend the device’s battery life by about 35%.

Also, you can buy the itel S16 and S16 Pro on Jumia Nigeria from NGN 31,000. And if you buy from select offline stores like MicroStation, you get a free TWS earpod.