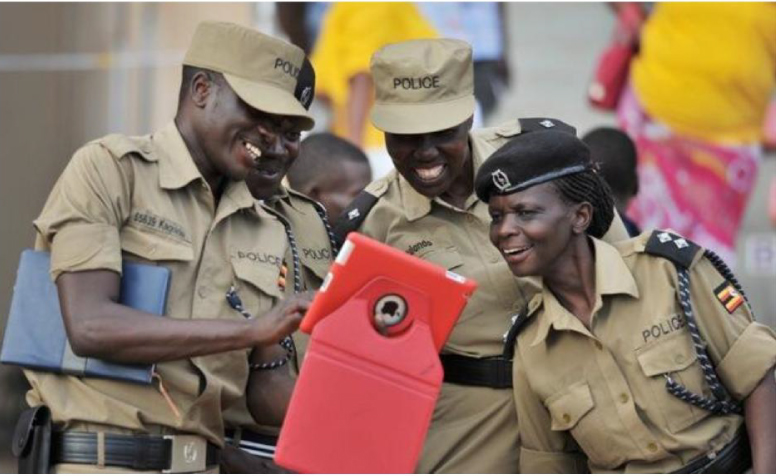 The case of tablets — ipads and gadgets alike– revolutionizing mobile usage in Africa is no cause of debate. It’s a no-brainer. In academia, for example, the use of tablets could potentially be the game changer in enhancing e-learning.

Whereas the young lads easily find their way around these touch devices such as these amazing Ethiopian kids, this doesn’t seem to be the case with the legacy Africans — those above 40 years.

The euphoria a touch device brings is second to none. They can’t seem to comprehend the fact that a person can touch on a screen and then magic happens. The featured image above caused serious waves of conversation on social media. All users seemed to be crafting that  award winning caption. 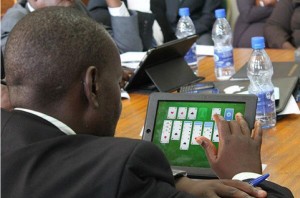 Even those who are old enough and well studied are mostly bullish about using touch devices. In this stunning shot by Uganda Radio Network features Ugandan legislator Hatwib Katoto playing solitaire in a Defence Committee session. Whereas there was a public outcry on the close to $ 400,000 procurement of the ipads to all legislators, there was also a succulent additional tender offered to an I.T firm to tutor the legislators in a ”step-by-step” way on how to use their newly acquired gizmos. Seriously?

This time around on social media, tempers flared; with rhetoric questions like how could he be playing games in sessions of national importance? Is this what tax payers deserve? et al. But a sudden thought hit my mind. Why wasn’t he playing Matatu game, a two player card game that has origins in Uganda? In fact, it being the most successful and renown app from within. But it dawned unto me that the game is only available for iphone but not ipad. Oh well.

Touch devices are novel especially in the greater parts of Africa, but these two pictures tell another story. People are excited and ready to embrace new technology.