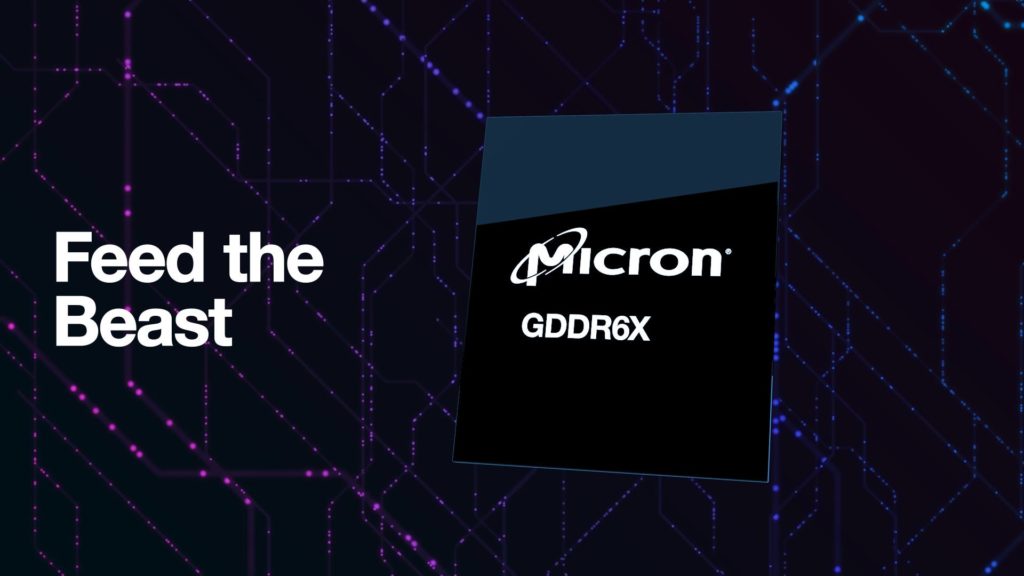 In any graphics card, the GPU happens to be the most important component. That’s because it is the GPU that does all the heavy lifting in terms of crunching numbers to push out frames to your display. But that does not mean all other parts of a graphics card are not as important. One key component that is often overlooked is video memory, also known as VRAM.

VRAM is made up of the small modules that you find around the GPU on the graphics card motherboard. Video memory works to support the GPU by storing data that will be used by the GPU to render frames. A good example of data stored in the VRAM is data for visual assets such as textures.

Every now and then, VRAM gets performance improvements and the latest new version is called GDDR6X. GDDR6X is set to succeed GDDR6, which by itself is not that much outdated. GDDR6 can be found in the AMD’s RX 5000 series and Nvidia’s RTX 2000 series.

Also Read: Choosing a GPU: What Are CUDA Cores?

Why Is VRAM Critical In a Graphics Card

The new GDDR6X is intended to keep up with the demands we put on our GPUs, which are ever-increasing. But is VRAM that important? You see, even the most powerful GPU available needs data to crunch in order to spit out frames. If the VRAM cannot supply the GPU with that data fast enough, the GPU be left idle.

As a result, you will experience slowdowns and even system crashes. So how much VRAM do you need in your system? To store all the data found in high-quality renders and ultra-high resolutions, you need to have a lot of video memory. The more the better.

You will also need high-speed data paths and interfaces to supply the GPU with all that data. This high-speed data transfer between the VRAM and the GPU is where GDDR6X comes in.

Also Read: DirectX 12 Ultimate: All You Need To Know

GDDR6X is unlike normal data paths that send one bit of data at a time. This new version uses a technique known as PAM-4. PAM-4 stands for “Pulse Amplitude Modulation Level 4.” This is a way of sending 4 different power levels instead of the traditional 2.

This technique does improve on the data transfer bandwidths by huge margins. Nvidia is now using GGDR6X in their latest graphics cards to meet users’ high-resolution demands at high frame rates. With GGDR6X, Nvidia’s new RTX 3090 can achieve 60fps at 8K while the RTX 3080 peaks at 120fps but at 4K.

The GGDR6X in the 3090 is rated at around 1TB/s in terms of VRAM bandwidth and the one in the 3080 still delivering an impressive 760GB/s. You can actually get more bandwidth from having more capacity. PAM-4 does not offer bandwidth improvements alone, this scheme is also more power-efficient.

Power efficiency stems from the fact that for each clock cycle, PAM-4 sends 2 bits of data. That means your desktop will not demand a huge power supply or that your laptop will not drain out quickly. You may recall that in the recent past, High Bandwidth Memory or HBM had been touted as the future of the graphics card market.

What happened is that HBM became very expensive to produce than the respective GDDR versions. AMD, the HBM developers, also moved away from using HBM for their RTX 5000 series in favor of GDDR which further dimmed its prospects.

Do you still think a comeback by HBM is possible? Let us know your thoughts below in the comments.