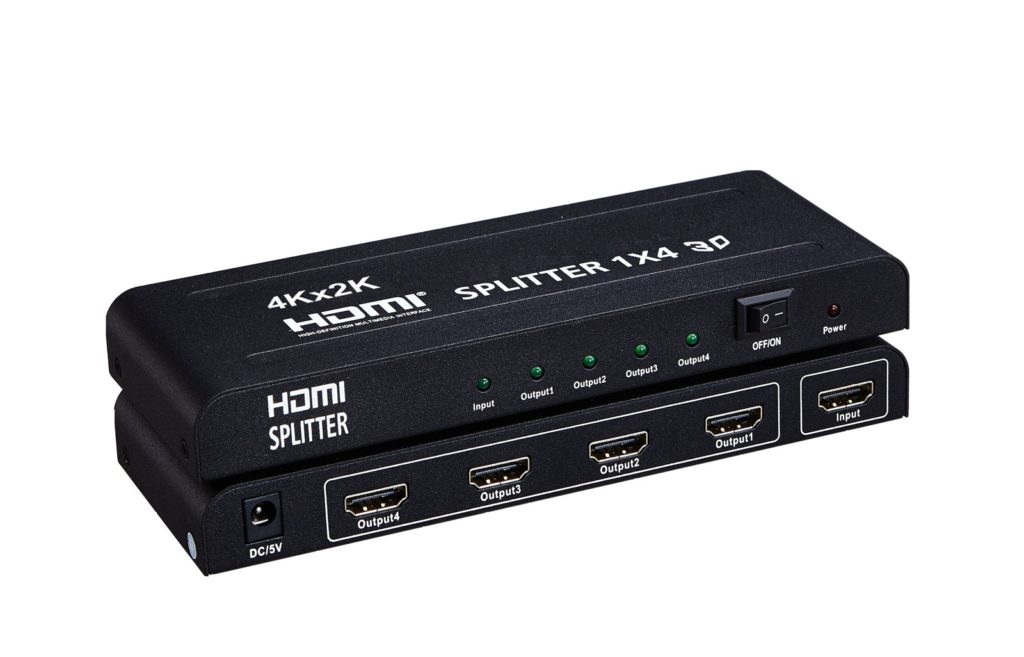 HDMI is the most widely used interface for sending and receiving video signals on any device ranging from gaming consoles, TV box, to computers. However, there are situations whereby you’ve got multiple sources and just one display or just one source and multiple displays and the is where both HDMI Splitter, Switch and Matrix comes in. First, let’s take a look at what each of them means.

What is an HDMI Splitter?

You can use a network cable HDMI splitters to take a video signal to numerous displays that might not be in the same location, for example, if you want to be able to watch contents from your TV box on TVs in different rooms then the cable has to travel a relatively long distance. For this reason, powered network cable HDMI is the best option because it has a repeater that boosts the signal for it to travel a longer distance. This HDMI Splitter also dynamically handles the digital handshaking and non-video signal that will make the displays and source work.

Read More: 5 Uses Of an HDMI Cable and how to get one

In other words, the HDMI signal will output signal at the lowest common denominator (if you have displays with different resolutions, let’s say a 720p and two 1080p displays, then they will all receive the video signal with a resolution of the lowest among them all, which in this case is 720p) and this is due to EDID (Extended Display Identification Data) handshake which requires the splitter to send out an identical signal to all the displays.

To solve this, you can easily use an HDMI downscaler between the HDMI Splitter and the lowest resolution. So in this case, they all receive the same 1080p video signal but the HDMI Downscaler brings that of the lower resolution display to 720p. That way, the HDMI Splitter sends out the same signal to all the display units. You can have a 1×2 or 1×4 HDMI splitter which means you’re taking an HDMI signal from one device and distributing it to two or four displays respectively

What is an HDMI Switch?

On the other hand, HDMI Switch is able to take HDMI signals from different sources but outputs only one at a time. While all the signals from each source are active, the HDMI Switch is able to serve as an external HDMI port if you don’t have enough HDMI ports on your display. You can simply plug your gaming console and media player into one HDMI Switch and choose which one you want to use each time instead of having to remove one and put the other every time you want to switch sources.

You can even have an HDMI Switch with a remote control so you can switch easily with the press of a button. There is 4×1 or 4 in 1 out which means the same thing, or 3×1, 5×1 and so forth all indicating the number of devices that you can connect to the display unit like a TV for example.

What is an HDMI Matrix?

Which one do you need?

Depending on the resolution, you must check the version of the HDMI standard any of the HDMI accessory supports (1.4, 2.0, 2.1), the refresh rate it’s able to handle, handshake requirements, audio signal capabilities like DTS-HD Master Audio, Dolby TrueHD or Atmos and the general compatibility with your setup. Checking specification for compatibility is important especially to get the best out of your system.