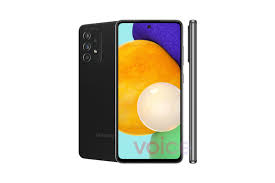 I know what you are about to say. Yes, this is still Samsung’s A52 lineup and this one is called Galaxy A52s 5G. There is the Samsung Galaxy A52 and Galaxy A52 5G previously released this year which only had the 5G chipset and 120Hz refresh rate to differentiate them and now it seems Samsung is releasing a hardware update – pun intended. The same thing was done with the Galaxy F22 and Galaxy A22 which are both budget smartphones and in their case, the battery capacity was the only difference. Anyway, this is literally a more powerful Galaxy A52 5G because the only thing different on the Galaxy A52s 5G is the better chipset.

The entire Galaxy A52 series lineup all have just little differences across the broad and the newly released GalaxyA52s 5G continues in this fashion. The smartphone still has the immersive 6.5-inch FHD+ AMOLED display going for it. However, the Galaxy A52s 5G has a plastic back and a nice Galaxy S21 series type of design.

Much hasn’t changed internally too save for the addition of a better Snapdragon 778G processor which will improve overall performance, especially for game enthusiasts. You still get the option to chose between 6GB or 8GB for the 128GB storage option and then also have the 8GB and 256GB option as well.

Furthermore, the camera department is left untouched from what you have on the predecessor with a quad rear camera setup that has a main 64MP sensor with OIS, autofocus and an f/1.8 aperture combined with a 123o ultrawide camera, 5MP macro shooter and a 5MP depth sensor as well as a 32MP selfie cam. Also, there is the 4, 500mAh battery inside with 25W fast charging but this time with the fast charging brick included in the box.

The smartphone will be available come September 3 starting at a base price of 409 euros or USD480 which is about 197, 000 Naira.