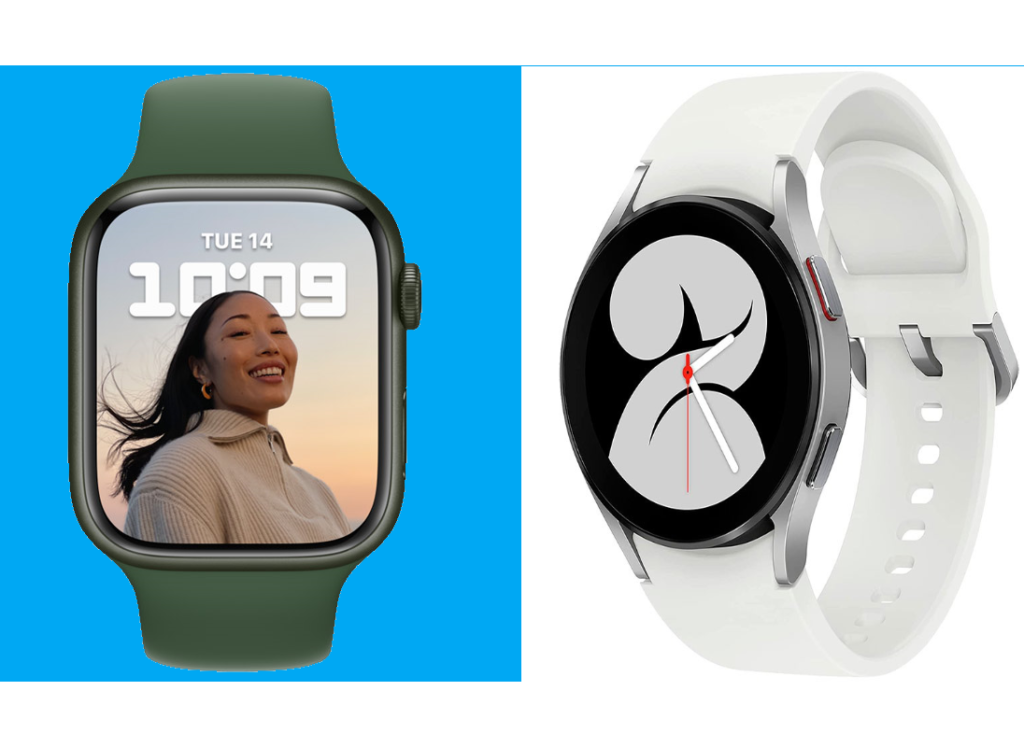 Both the Apple Watch Series 7 and Samsung’s Galaxy Watch4 are the latest release of two of the biggest smartwatch brands. On one hand, there is the Galaxy Watch4 smartwatch with the unified Android Wear OS and on the other hand, there is the Apple Watch Series 7 which is the de facto for iPhone users. In a way, you can think of this as the face-off between Android and Apple smartwatch pitching features from the best of both worlds side by side.

That being said, there is a demographic that both smartwatches appeal to and that depends on whether you’re using an Android or iOS device since smartwatches are more of an accessory than a standalone device. Nonetheless, they can both be used interchangeably as in Apple Watch with an Android phone or Galaxy Watch with an iPhone albeit not as well as if it was otherwise.

With not much of an addition to the Apple Watch Series 7 over its predecessor, it does still has a redefined curved display with most health and fitness features on lock. The Samsung Galaxy Watch4 does the same while adding the bioelectric impedance analysis (BIA) which is absent in the Apple Watch Series 7. Nonetheless, Apple has had the track record of being the most dominant in the smartwatch sector with Samsung playing second fiddle.

However, the unification of Samsung’s Tizen and Google’s Wear OS has the potential to make it more suited to Android smartphones in general. That being said, the Apple Watch Series 7 and the Galaxy Watch4 gives different form factor to choose from. In other words, the Watch Series 7 maintains a sleek square look with curved edges while the Galaxy Watch4 has a nice circular build to it.

Besides preference to design, there is the preference for product ecosystem with Apple smartphone users favouring their watch and Android users the Galaxy Watch4 or any other WearOS smartwatch for that matter. This is understandable to an extent because the experience is better that way in most cases.

In conclusion, the Samsung Galaxy Watch 4 is cheaper than the Apple Watch S7 and is on par in terms of fitness and health features. They both monitor blood oxygen, heart rate, ECG and support for multiple workout modes with dust resistance and water resistance up to 50m. Would you use an Apple Watch with an Android phone or a Wear OS smartwatch with an iPhone? Let us know in the comments.